What is the England, Wales, and Northwestern Europe DNA Ethnicity on Ancestry?

Did you get the England, Wales, and Northwestern Europe DNA ethnicity in your Ancestry DNA results?  Was it a surprise to you, or were you expecting it?  Learn in-depth details about this DNA ethnicity in this article.

If you tested before September 2020, you may have noticed that your ethnicity estimate has changed, perhaps more than once.  If you want to know more about the changes, you can read about why your Ancestry DNA results change.

The England, Wales and Northwestern Europe DNA ethnicity was previously known as the Great Britain region, since the geographic scope of the DNA region has shifted.

Where is the England, Wales, and Northwestern Europe DNA Ethnicity located?

In the image below, you can see where the England, Wales, and Northwestern Europe DNA ethnicity region is located.  The region covers England and Wales, Scotland, as you might expect.

Some people with proud Irish, German, Dutch, and even French heritage might be surprised to see that parts of these countries are also covered by this region.

It is important to note that this DNA region has significant overlap with some of the neighboring DNA regions, most notably the Germanic Europe region, as well as the Ireland and Scotland region.

In which countries can you find England, Wales, and Northwestern Europe DNA?

According to Ancestry DNA and the way in which they have defined this particular DNA region, the main focus of the England, Wales, and Northwestern DNA region is located in:

The nature of Europe’s politics and geography being what they are, and always have been, it’s very common to find DNA from this region in neighboring regions.

Aside from the epicenter of this DNA region (countries listed above), you can find this DNA in the following countries, albeit in smaller percentages:

It is important to take into consideration the fact that an ancestor who was not “from” the England, Wales, and Northwestern Europe DNA region could have had ancestry from there, and this ancestry could have been present in their DNA.

For example, if I only had German ancestors and had some DNA from England, Wales, and Northwestern Europe, it doesn’t mean that my results are wrong.

Instead, it could mean that some of the ancestors of my ancestors, perhaps too far back for me to trace using documents and records, could have lived in that region.

So What is England, Wales, and Northwestern Europe DNA?

The people who lived in the England, Wales, and Northwestern Europe DNA region thousands of years ago spoke different languages, had different cultures, and even likely looked very different.

There have been dozens of events throughout history that have shaped the genetic makeup of the people of England, Wales, and Northwestern Europe. There is enough to write an entire book, in fact.

I have selected a few of the most important historical events to give you an idea of how people in this area came to be who they are today.

Who “originally” lived in Britain?

The people who originally lived in the part of Europe covered by this DNA region, including what is now the United Kingdom, Ireland, France, Germany, and even part of the Netherlands, were Celtic.

The Celts weren’t a unified group of people.  It’s the word that we use to describe these groups of tribes whose languages had a common (Celtic) origin and whose cultures were similar.

The most commonly accepted idea is that Celtic tribes arrived in Europe, possibly from the Middle East, and eventually moved west due to pressures from Germanic Tribes. Later, the Roman Empire continued this pressure.

One dramatic piece of evidence that supports this theory is a map showing the places where Celtic languages were once spoken, and where they are still spoken today:

Germanic Angles and Saxons in Britain left their DNA

As I mentioned previously, the Celtic inhabitants of the England, Wales, and Northwestern Europe DNA region were eventually pushed westward by its new inhabitants, Anglo-Saxons. These were people from Germanic tribes that had previously inhabited other parts of Europe, including what is now Germany and Denmark.

You have probably already heard of the Anglo-Saxons, since it is from these people that those of us with ancestry from this region are descended.  The Anglo-Saxons thrived in what is now England, eventually adopted Christianity and formed political relationships with continental Europe.

The Viking Age gave rise to about two hundred years of fear, and possibly also the phrase “A furore Normannorum libera nos, Domine“, which is loosely translated as “Free us from the furor of the Northmen, Lord”.

It’s true that if this phrase were really commonly used in Britain during the Viking Age, it would not have been said in Latin!

We may never be sure whether the phrase is as old as the Viking Invasions, but what we can be sure of is the fear that these invasions spread throughout Europe. Those parts of Europe that were easily accessible by water along the coast were especially vulnerable to Viking incursions.

The Vikings, or Norsemen, led raids on coastal communities from Ireland to Spain, and even established settlements to assist with the extraction of resources, including slaves, from these areas.

Even though they have a terrible reputation (and so long after the fact!), the Vikings did leave their mark on Britain and the other areas where their raids were common.

It is likely that many women were raped during raids, as is so common during violent conflict even in modern times, and so Viking DNA was left in this way in all of the regions where Vikings invaded.

Likely more influential on the genetic makeup of the region, some Vikings migrated to the places where they established settlements and brought their families. In fact, there were extensive permanent Viking settlements in the region.

These settlements led to increasing political influence. Eventually, they adopted local customs and became part of the DNA of the region, so-to-speak.

In the 11th century, the Danish King Cnut the Great became king of England, Norway, Denmark. Parts of Sweden were included in his realm, too.

One possible reason that the Vikings have such a terrible lasting reputation among people of European descent?  The Scandinavians, some of whom were these “Vikings” participating in these raids of terror, were the last people in Europe to adapt Christianity.

This means that not only were these raids violent, but it was violent perpetrated by non-Christians towards Christians, and was perhaps viewed as exceptionally egregious for this reason.

How did I get England, Wales, and Northwestern Europe in my DNA Results?

Exactly how we inherited our DNA from the England, Wales, and Northwestern Europe region will depend on our geographic location and our unique family history.

The British Empire spread genes all over the world

No discussion of British DNA (or the England, Wales, and Northwestern Europe DNA ethnicity) would be complete without mentioning how instrumental the geographic span of the British Empire was in helping spread DNA from this area all over the globe.

Most of us are very familiar with the influence of the British Empire (i.e. I’m in the US and I’m writing this article in English).

To get an idea of the incredible geographic reach of the British, and thus, British DNA, check out the map below.  If you have ancestors who ever lived any of the regions highlighted as part of the empire, then you might have inherited England, Wales, and Northwestern Europe DNA from them.

How to Research My England, Wales, and Northwestern Europe Ancestry?

The best way to find out exactly how you got your England, Wales, and Northwestern Europe DNA is by building a family tree.  It would be so amazing if our DNA test could just go ahead and tell us this information, but it’s not possible.

The good news is that, once you get familiar with the basics, family tree research is actually really fun.

Most people know, or have access to people who know, much more about their family tree than they think they do.  By talking with your older relatives, like parents, aunts, uncles, grandparents, and even older cousins, you will be able to get enough clues to get a good start on your family tree.

Once you learn about your family history going back a few generations, you’ll have a good idea as to which line(s) of your family you need to further research in order to find your ancestor, or ancestors, who were born in the England, Wales, and Northwestern Europe DNA region.

Now that you have begun to learn about your roots, it’s a good idea to plug everything into an online family tree. I always build my trees on Ancestry, especially since I tested my DNA there and like the additional features available (I’ve linked my tree to my DNA results).

It’s free to build a tree, or multiple trees, but you will need a subscription for access to documents, records, photographs, and other people’s family trees. The documents and photos that you upload yourself to your tree are always available to you (with or without a subscription).

When I am busy with research, I generally use the Ancestry subscription.

To learn more about building a simple family tree (I swear it’s super fun!!), you can read the following posts:

I hope that this post gave you some insight into how you inherited your England, Wales, and Northwestern Europe DNA, and some background on the region.

If you have any questions about something that you read in this post, or would like to share how much DNA from this region you got in your results (and whether or not you got a sub-region!), it would be great to hear from you in the discussion below. 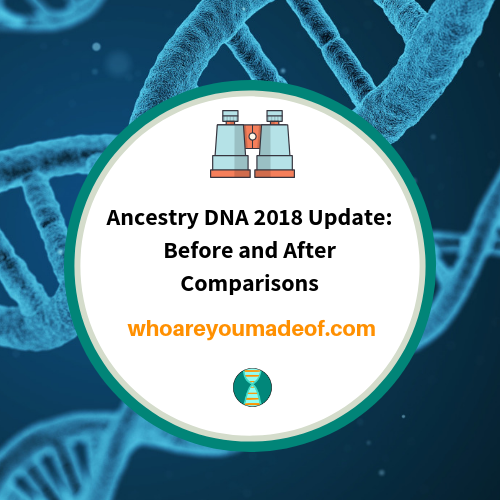 ← Previous
Ancestry DNA 2018 Update: Before and After Comparisons 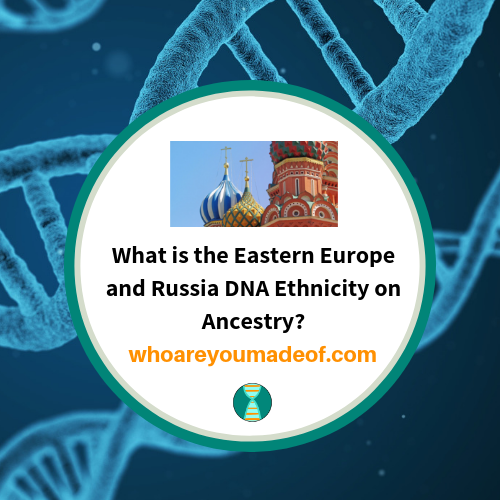 Next →
What is the Eastern Europe and Russia DNA Ethnicity on Ancestry?
Click here to cancel reply.

The Anglo Saxons left a maximum of 40% Y DNA in any English county and in some areas less. The MtDNA was much less affected. It's disappointing that over 20 years after major DNA studies people still claim the Celts were pushed West. Excavated graveyards have revealed Celts, Anglo Saxons and mixed Ancestry people buried side by side and sometimes the Celts were buried with valuable grave goods. I am 85% English according to Ancestry and my Y DNA is Basque and my Maternal is an early First Farmer one. It's also worth noting that Anglo Saxon DNA is found throughout the British Isles and Ireland not just England. I don't mind being a mix but it's important people realise they are a mix.

I got 54% England northwestern Europe on my dna. It’s curious what that specifically means for me!