What is the Scotland DNA Region on Ancestry?

Did you get DNA matching the Scotland ethnicity region on Ancestry DNA? In this post, find out what it means to have Scottish DNA, how you inherited DNA from this region, and how to trace it.

The addition of Scotland to the Ancestry DNA roster of ethnicity regions is very exciting. It’s the first time that Scotland has been reported as a distinct region.

The Scotland DNA ethnicity was added as a part of the most recent Ancestry DNA update. Our DNA results, including our ethnicity estimates, occasionally change due to improvements in science and technology.

Previously, we would find Scotland included along with Ireland or Great Britain. Of course, Scotland has an extensive cultural, linguistic, geographic, and even genetic links with these areas, but it is still nice that those who are interested in learning about their ancestors from the region will now see it reported as “Scotland”.

Where is the Scotland DNA region located?

The Scotland DNA region on Ancestry is primarily located in the country of Scotland, which is approximate the northern third of Great Britain, the island. There are also many hundreds of small islands located off the coast of Scotland that are included in this region.

The image below shows the approximate location of the Scotland DNA region. DNA from the Scotland region can be found in many other parts of the world, however, which we will discuss in greater detail in the next section of this article.

The center of the Scotland DNA ethnicity region ranges from just south of Newburgh, Fife Parish, and extends north to the Orkney Islands. People who have extensive ancestry in this area find, on average, to have more than 75% of their DNA matching the Scotland region.

Some people are surprised to learn that the Scotland DNA region overlaps part of the island of Ireland. We can expect people who are native to parts of Northern Ireland to also show that a portion of their DNA matches the Scotland region.

No ancestors from Scotland, but got Scottish DNA?

Did you get DNA from the Scotland DNA region on Ancestry without having a known Scottish ancestor? There are a few reasons why this might have happened.

First, it’s important to recognize that we don’t know everything about all of our ancestors’ ancestry. In other words, our ancestors who were from neighboring regions may have had Scottish roots.

I believe that this is why I show 16% of my DNA to have come from Scotland (see below). According to Ancestry DNA, as little as 0% and as much as 18% of my DNA matches the Scotland region:

I have one great-great-great-great grandfather who was born in New Jersey in 1806 to Scottish parents. In other words, only one of my 64 4th great-grandparents was 100% Scottish.

This is not enough to explain my 16% Scotland DNA on my Ancestry results. In fact, if I inherited any of my DNA from my Scottish ancestor, which isn’t a guarantee, it might only be about 1.5%.

Some of my other ancestors, such as my Scotch-Irish great-great grandfather, who I am descended from on another line of my tree, may have had DNA matching the Scotland region, and he might have passed some of that DNA down to me.

In other words, sometimes we must look at our family tree in its entirety in order to figure our which ancestor might have passed down a particular region to us.

How did you get your Scotland DNA?

At least between 28-40 million people around the world claim ancestry in Scotland. This is one of the largest diasporas from a single country in the world.

Scottish people left Scotland in many waves of emigration starting hundreds of years ago. Countries outside of the UK and Ireland with the largest numbers of members of the Scottish diaspora are:

Is it possible to trace Scotland DNA ancestry?

If you have never built a family tree before, don’t worry – it’s not as hard as you think it might be. Beginning with your parents, you build back slowly generation by generation.

Those of us with Scottish ancestry who find ourselves living in English-speaking parts of the world have the added advantage of being able to explore genealogy records in Scotland in our native language. This is a big benefit, as language barriers can often hinder family tree research.

To learn more about genealogy research in Scotland, you might be interested in visiting the following page on the Familysearch.org site:

I hope that this post has helped you learn more about your DNA from the Scotland region, as well as how you can go about learning which ancestors were from this area.

If you have any questions about something that you read in this post, or if you would like to share your own experience discovering your Scottish DNA, I would love to hear from you in the discussion below. 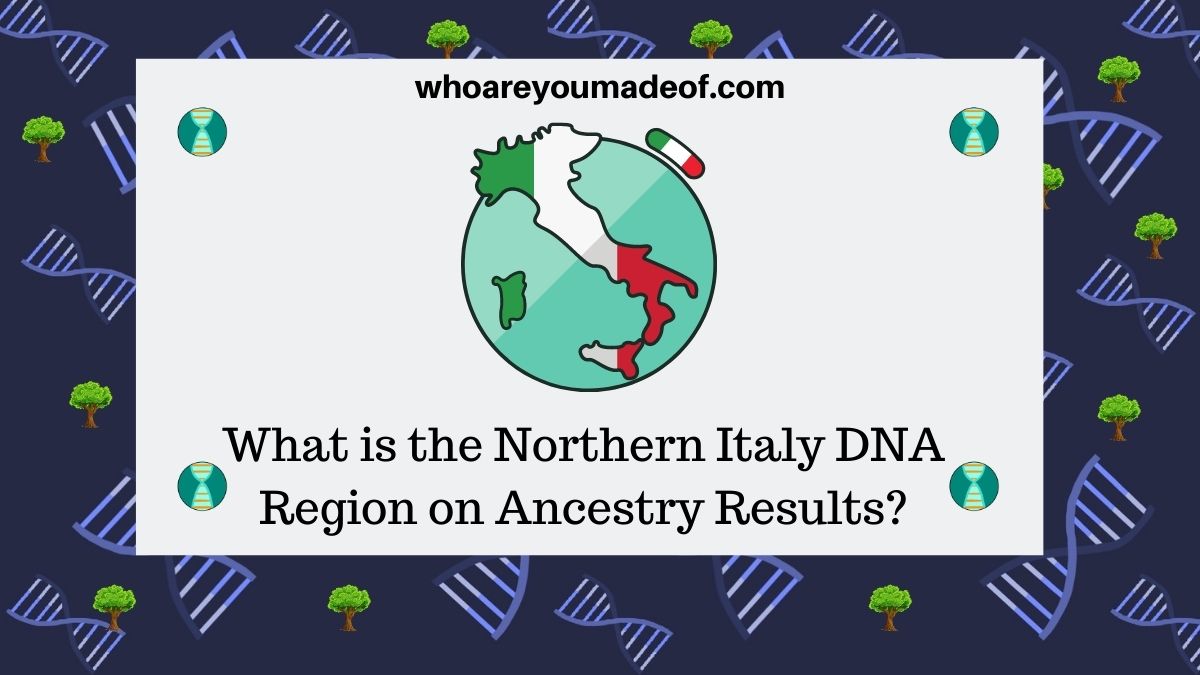 ← Previous
What is the Northern Italy DNA Region on Ancestry Results? You forgot to mention Brittany, in France. For example, I have 29% Scottish but absolutely no connection to Scotland. On the other hand, being from Southern Normandy, the connection to Brittany makes sense.

Hi Mercedes, I enjoyed your article and along with thousands of others I found myself boosted in the Scot department (58% from 29% Scottish and Irish in 2019) far beyond what a pretty complete 5 generation pedigree would predict. I would expect far more English DNA- associated SNPs. Does the presence of significant Northern Ireland descent account for some of that jump, and maybe some disproportionate inheritance at the DNA level? I appreciate how much random segregation can occur because I was a molecular biologist! Thanks.