Did you find out that you have Finland/Northwest Russian in your Ancestry DNA results?  Are you wondering whether this means you have a recent ancestor from the area?  You have come to the right place.

Where is the Finland/Northwest Russia DNA ethnicity region located?

The Finland/Northwest Russia DNA ethnicity region is located in Northern Europe, and includes Finland and a northwestern portion of Russia.  People have been living in this part of the world for more than a hundred thousand years.

In the image below, you can see the portion of Europe that includes this DNA ethnicity:

Where is the Finland/Northwest Russia DNA ethnicity found?

The Finland/Northwest Russia DNA ethnicity can be found all over the world (for reasons you’ll learn later on in this post), but is most commonly found in:

In addition, people who live in the following countries generally have at least some Finland/Northwest Russia DNA:

If you don’t have known ancestors from this region, you are probably wondering how in the world you ended up with Finnish or Russian DNA.  Below, I’ll discuss what it might mean to have this ethnicity in your DNA results, and how you might have inherited it.

What does it mean to have Finland/Northwest Russia DNA?

If If you have more than just a few percent Finland/Northwest Russia DNA on your DNA results, there is a good chance that you had an ancestors, or many ancestors, who lived in the area that makes up Finland or Northwest Russia.

If your percentage is very small (less than 1-2%), then there is a strong possibility that you had ancestors from this region.

Basically, if you have this DNA region on your results, you probably have an ancestor who lived there, though it could have been several generations ago.

Where else can you commonly find Finland/Northwest Russia DNA?

It’s most common to find Finland/Northwest Russia DNA in nearby region.  For example:

When you are thinking about your ethnicity results in terms of how to trace that ethnicity, or find the ancestor who might have passed that ethnicity down to you, it is important to know that it’s possible that the ethnicity came to you through an ancestor from a third DNA region, like one of the areas listed above – which is also not a comprehensive list.

How did Finland/Northwest Russia DNA get in your results?

For centuries, Finland was dominated by foreign powers.  First it was the Swedish, who ruled Finland for about 600 years until a war between Sweden and Russia brought their domination in Finland to an end.

Finland became a relatively autonomous part of Russia, and was called the Grand Duchy of Finland from 1809-1917.

More than 1 million people left Finland between 1860-1996.  More than half of them went to Sweden, which is important to know. If you have Swedish ancestors, it’s entire possible that your Finland/Northwest Russia DNA arrived through an immigrant from Finland to Sweden.

Other popular places for Finnish migrants during the 130 years after 1860:

Even though most Finnish immigrants came to the United States during the later half of the 19th century, it’s important to know that people did come from Finland to North America prior to those years.  The exact number of Finnish people who came to America before 1860 is unknown, but there were at least several hundred Finns living in what would become the United States as early as the 1600s.

Is it possible to trace Finland/Northwest Russia DNA?

If your Finland/Northwestern DNA came into your family line within the past 200 years, you have an excellent chance of being able to trace it.  Depending on your unique family circumstances, your family’s religion, where they have lived over the past several generations, and how diligent they were at keeping records, it could be easy – or you might have to spend some time on your research.

The first step in tracing your Finland/Northwest Russia DNA is to put together a basic family tree, if you don’t already have one.  I recommend starting by interviewing your parents, grandparents, and other older relatives and learning as much as you can of the family stories about where your ancestors traveled from, languages they spoke, and religions that they practiced.

To keep all of my family tree records organized, I use Ancestry.  It’s free to build a tree and upload photos and documents, and you can always access your tree (and share it with family, too!).

The reason that I like Ancestry is because I can connect it with my DNA results to unlock some really neat features, and I can also access lots of documents and other public family trees that help me learn more about where my ancestors lived.

In order to access documents and family trees, you’ll need to have a subscription.  If you use the following link, you can get a two-week free trial.  If you end up subscribing at the end of your free trial, I may receive a very small commission at no extra cost to you – so thank you for using this link to get your free trial:

Here are some tips for building your tree back to your Finnish/Russian ancestor, using the basic family tree you have already built, and your DNA results:

I hope that this post has helped you understand a little bit about the Finland/Northwest Russia DNA ethnicity, how you might have inherited it, and how to go about beginning to trace your Finnish or Russian roots.

If you have any questions about something that you read here, or would like to share your own experience finding this DNA ethnicity in your results, I would love to hear from you in the comments.

← Previous
Example of how DNA segments get smaller over four generations 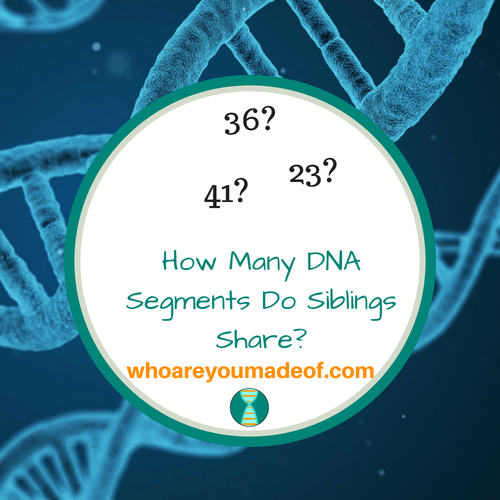