What is the France DNA Ethnicity on Ancestry?

Did you get the France DNA ethnicity on Ancestry? If you live in the U.S., you can count yourself as one of the more than 10.4 million Americans who have known French ancestry.

In this post, I’ll explain more about this DNA ethnicity, including:

Where is the France DNA Ethnicity on Ancestry located?

According to Ancestry DNA, the France DNA ethnicity region is primarily located in France (of course!), but can also be found in the following countries:

For those who prefer a visual description of the general area where you are most likely to find DNA from the France DNA region on Ancestry, check out the map below:

You might notice that France DNA ethnicity covers much of the Iberian Peninsula. For those of you who had tested with Ancestry prior to the summer of 2018, you might have noticed that your Iberian Peninsula DNA was switched to the more specific “France” region due.

How did France get its genetic makeup?

If you got the France DNA ethnicity in your DNA results, it means that a portion of your DNA most closely matches a profile made up from people living in France today with extensive, verified French ancestry. However, it can be useful (and at least interesting!) to take a quick look at how “French DNA” came to be.

France has been populated by humans since the stone age, which ended about 11,000 years ago. More relevant to Ancestry DNA results is the arrival of Celtic tribes to the region about 3,000.

These Celtic peoples are the genetic foundation of most of Western Europe, including France.

Because the France DNA region is not isolated from other parts of Europe and is easily accessed by land and water, outside groups eventually gathered enough strength to defeat the formidable Celts. This is how the Romans ended up ruling what is now France for more than 500 years.

Additional contributors to the DNA of France and surrounding areas include the Vikings, who brought Scandinavian ancestry.

Why is there France DNA in other parts of Europe and the world?

If you don’t have known recent French ancestry, how did you inherit French DNA? While I can’t answer this question specific to your own individual family tree, the following ideas may help you decide how to approach your research.

French DNA in other parts of Europe

As most of you probably know, Europe has a complicated history. Shifting borders and political alliances have made determining where a family line truly came from a difficult exercise. Making matters more complicated is the close geographic proximity of France to other countries.

This means that if you have known ancestry from a region that borders the France DNA region, such as Portugal, Germany, or the Netherlands, for example, it might mean that you have distant ancestry originally from France in those lines.

French DNA outside of Europe

Ah, European colonization. Many people with recent ancestry in North America, Africa, South America, and Asia might be able to trace their French roots to French colonies.

Along with the increase in French political and military power around the globe came the introduction of French DNA to countries that were formerly (or currently) under French control.

This means that if you have ancestry in a country (or part of a country) that was formerly part of the French colonial empire, you might consider that you inherited your French DNA from distant French ancestors who settled in those regions.

How far back in your family tree are your France DNA ancestors?

How much French DNA did you inherit? 5%? 25%/ 85%? Can the amount of French DNA that showed up on your ethnicity estimate help you determine how far back you should look in your family tree to find ancestors born in France?

There is a general rule of thumb that can help us estimate how far back we should look in our heritage to find a “100%” ancestor of a particular background. I’ll explain a little about this method, but then I will tell you why you should ignore it.

How French DNA is inherited (and DNA from any other region, for that matter)

It’s true that your DNA could have been inherited in a manner similar to the example above (i.e. halving by 50% each generation). In most cases, however, DNA is passed down more randomly.

This is because we inherit a randomly selected 50% of each of our parent’s DNA.

This means that if you have 5% France DNA on Ancestry, you might have inherited all 5% of your dad’s 5% France DNA. Alternatively, your dad could have had 20% and only passed down 5% to you.

Depending on how much French DNA your dad has, any number of scenarios are possible.

Additional thoughts to consider on how you may have inherited DNA from France:

Is it possible to trace your French DNA?

If you really want to know exactly who your French ancestors are, or might have been, the first thing that you should do is start building a family tree. With some patience and dedication, you really might be able to trace your tree back to France.

The Catholic Church has done an excellent job over the centuries preserving records, and these are a great source of documentation for those of us who would like to learn about our French ancestry.

I recommend building a family tree on Ancestry. It is actually really easy to get started and it’s totally free to build a tree.

If you want to use the amazing collection of records on the site, you will need to have a subscription. There are additional benefits of having a subscription if you tested your DNA with Ancestry, too, so it’s a win-win. 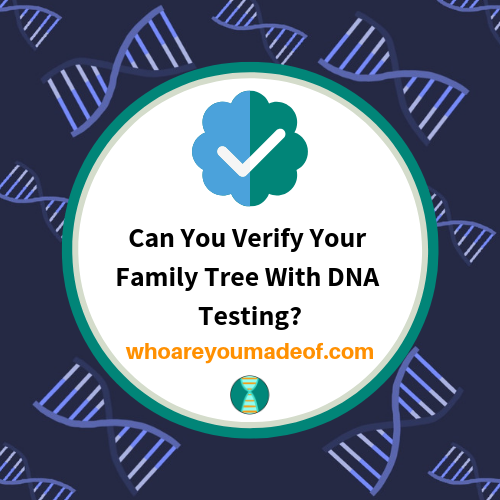 ← Previous
Can You Verify Your Family Tree With DNA Testing? 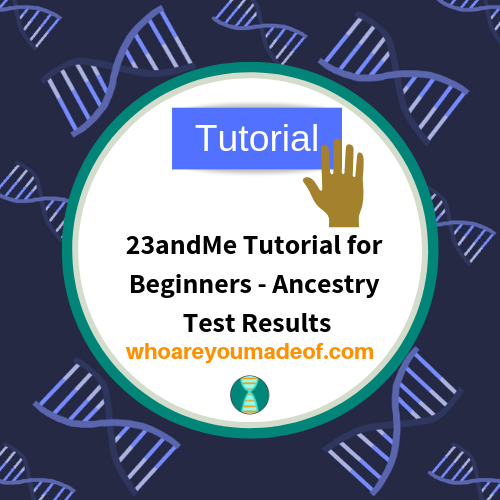 What is the Spain Ethnicity Region on Ancestry DNA? - Who are You Made Of?