What surprised you most about your DNA test results?

Most people aren’t really expecting surprises when they do a DNA test, but almost everyone gets at least a small surprise – if they look hard enough at their results.  Some people find out that they have different biological parents than they thought they did, others discover new close relatives, and others find out that their ancestors came from a completely unexpected part of the world.

I would love to hear about your own DNA surprises below in the comments!

When I first did my DNA test test, my closest DNA match was a complete mystery to me.  I had no idea who she was, where she lived, what her name was, or anything about her at all.

It took me a while to figure it out, but eventually I did learn that she was a first cousin to one of my mother.  I thought that she would be my only “DNA surprise”, but it turns out that yet another previously unknown first cousin to my mother did an Ancestry DNA test recently, and showed up as a match for me.

These first cousins are on different sides of my parent’s family.  One of the cousins is a child of an American soldier stationed overseas many years ago (I don’t want to give more details to protect privacy).

Since I have other extended family who spent time overseas in the military, it makes me wonder if I will eventually find more cousins in the future.

I learned that I don’t have any Native American ancestry

Knowing what I know now, it seems silly that I actually thought that I would find out that I have Native American in my DNA results.  There is some very dubious evidence in my family tree that I might possibly have a Native American female direct ancestor more than 10 generations back.

It’s highly unlikely that, even if this person really is my ancestor, I could have inherited DNA from her.

One of the reasons that I wanted to do a DNA test was to see if I did have Native American DNA.  Our family thought, based on the complexion, hair color, and facial features of certain recent ancestors, that perhaps we had a hidden Native American history.

I thought it would be great to discover it!

As it turns out, there are many reasons why a person can have a darker complexion than expected given a certain ancestry.  Like I said, it seems silly now!

My grandmother isn’t alive to do a DNA test, so I will never know for sure.  With that said, based on my DNA and my mother’s DNA, my grandmother was not Jewish, or not very Jewish.

My mother only inherited about 1-2% European Jewish, and I don’t know for sure if it was from her mother or her father.  Regardless, 1-2% isn’t very much, and I can be 100% sure that my Polish-German grandmother was not Jewish.

But, I did get some Jewish from my dad.  Maybe as much as 5-6%, depending on which ethnicity estimate I look at.

My dad has a lot of German ancestry, as well as some Dutch roots (which sometimes can be traced to Germany).  I’m still working on figuring out exactly which ancestor I inherited my Ashkenazi Jewish DNA from, but I will say that I was definitely surprised.

My grandmother (the one who I thought maybe was Jewish) was one of seven kids.  When she was about nine years old, her mother died of tuberculosis.

A few years after that, she lost her dad to the same disease (I wrote a little about that in my post about the Great White Plague, if you want to know more).  All seven of the kids were split up, going to live with different relatives, orphanages, etc.

My grandmother lost touch with her siblings, including her second-to-youngest brother, who I learned died in the 1960s.

We thought that he had died young without marrying or having children.  Through my genealogy research, I did find evidence that he had married, but I never knew if they had had children or not.

That is, at least, until I got a DNA match who had my great-uncle is her family tree.  The thing is, it is clear by the amount of DNA that we share that my great-uncle was not my grandmother’s full sibling.

You don’t have any surprises?  Are you sure about that?

If you have already done your DNA test and you didn’t notice anything surprising, I would be willing to wager that if you took a closer look, you would find at least one thing – either through your DNA matches or ethnicity estimate – that you had not expected to learn.

Depending on how far back in your family’s history your “surprise” took place, it can take a little more digging.  This is the fun part though.  Take another peek and let me know what you find!

What’s that?  You haven’t done a DNA test yet?

I have had an amazing experience with my DNA results, and I recommend it to just about everyone that I talk to.  With that said, I am sure that you have noticed that there is a trend with just about anyone who takes a test:

You probably will find a surprise.  It might be a small surprise, but it could also be a whopper of a shock.

If you are ready to really learn what your DNA can tell you – and I mean anything that it can tell you, then you should definitely get a test.

When you do a DNA test, you are opening up yourself and the rest of your immediate family to the discovery of information that can dramatically shift your family’s paradigm.

There is always a chance that your family is super plain vanilla and there’s nothing surprising out there, too.  I’m just saying if you do a DNA test you have to be ready to accept new information that might contradict what you always thought was true.

Finally, if you aren’t going to do a test, I would be interested in understanding why you have decided not to take that step. 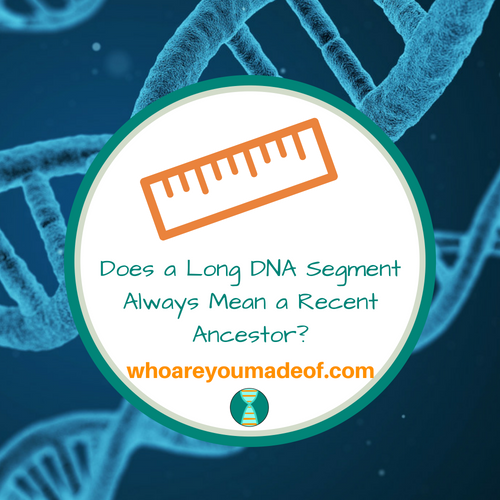 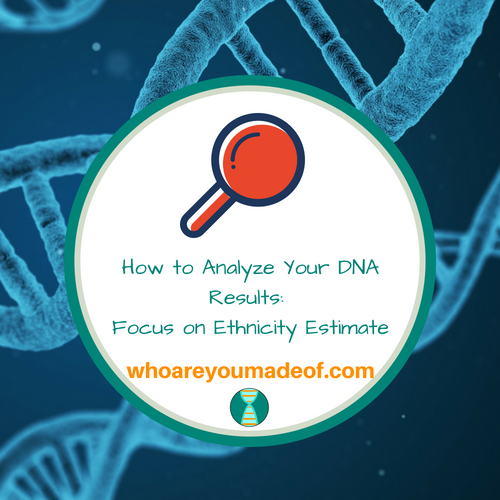 Next →
How to Analyze Your DNA Results: Focus on Ethnicity Estimate
Click here to cancel reply.