I’ve been really interested in family tree research (otherwise known as genealogy) for about four years now.  During these four years, I have found myself doing a lot of studying of historical events in order to understand the background of the events in my family tree.

For example, many of my ancestors migrated to the US during some of the largest mass migrations of humans in history.

My ancestors, and maybe even yours, too, were facing great hardships at home and made some very difficult decisions.

I talk about this so often to family members and friends, and someone finally suggested that I write a series of blog posts that cover some common or interesting historical situations.

There is so much that they can’t/don’t/won’t cover in the typical public school education, and sometimes context is everything. So why not write a bit about these events in a way that can help people connect what happened in their own personal family histories to the larger historical context?

This is just the first post in a series, so I really can’t say yet how many posts like this that I will write.  What I can say, however, is that this first  post is the most emotionally difficult for me.  It is something that touched my life very personally, via my mother and grandmother.

What was the Great White Plague?

The Great White Plague typically refers to the vast numbers of people from all backgrounds, especially poor white and black Americans, who died from tuberculosis (TB) in the 19th and early 20th centuries.

Why is it called the Great White Plague?  It got that name because people who are ill with tuberculosis often look “pale” and their faces seem whiter than usual.  And for an weird random fact?

Some European women actually liked the pale, TB look and used makeup to make themselves look even paler.  Apparently, TB accentuated the things that had already been established as beautiful for women in the 1800s Europe – paleness and thinness being two of those things.

Why did so many people die of TB?  First, because there were NO antibiotics.  The first antibiotic wasn’t really invented until 1929, and it took more than a decade for people to realize how beneficial antibiotics could be in treating TB (as well as many other infections and illnesses).

Another reason?  Most people – even doctors – didn’t understand that it was contagious.  It wasn’t until the very late 1800s that some members of the medical community began to theorize that TB was contagious.

Fortunately, by the early 1900s, most medical professionals agreed that it was contagious and began to recommend quarantine and increased awareness about hygiene, etc.   Before they realized that TB could be spread through personal contact, most people thought that TB was genetic.

The x-ray began to be used to diagnose TB in the early 1900s, but there was little medical treatment available.  Most of the treatment options included moving to a drier climate, quarantine, and living in a sanatorium.

These options were only available to those who had the available financial resources, and sadly, the poorest affected often waited until their TB was very advanced before seeking treatment.   Leaving to live in a sanatorium was expensive, since a patient couldn’t work and earn money, much less see their family.

My great-grandfather, the son of Polish immigrants, spent time at the Essex County Sanitarium in New Jersey on at least two occasions, and eventually died there.

My grandmother remembered going to “visit” her mother at a sanatorium, and since they were unable to have one-on-one contact with her, waving to her from outside.  I have a mental image of a little girl waving to her mother, who is waving from an open window on the second floor of the hospital.

While I don’t know the details about my great-grandparents’ financial situation, I can glean from historical details that they were poor.

My great-grandfather was a Newark City police officer.  I know that my great-grandmother played the guitar and sang, occasionally for money.

There was no obituary printed for either of my great-grandparents, as far as we have been able to determine.  They died, leaving seven children behind.  Perhaps their families decided not to spend money on an obituary when there were so many mouths left to feed?

What was it like for my Polish great-great grandfather, who had left his native Poland for a better life, only to outlive his youngest son?

Who usually died from tuberculosis?

The working class and the poor were affected much more drastically by TB than wealthier people.  In “working class” (read: poor, blue collar) cities, statistics show that as many as 40% of deaths were from TB.

I am left to wonder that if my great-grandparents had come from a wealthier background, would they have survived their battle with TB?  My grandmother wrote some notes on photos years ago, trying to remember details from her childhood.

In one note she mentioned that both of her parents indulged too much in alcohol, and frequented a particular bar.  Did their life of poverty leave them feeling hopeless, thus encouraging them to seek solace in alcohol?  Or was it their alcohol use that worsened their poverty?

If they had taken better care of their health, would they have survived TB despite their class?

I may never have the answers to these questions.  I can only try to put myself in their shoes, and hope that maybe, had they known more about health and nutrition, had more money, more of something…. maybe they would have made different decisions.

And then maybe my grandmother would have grown up with her parents in her life.

I am in no place to judge them, make no mistake.  None of us are perfect – and maybe my grandmother was too harsh on her parents in her recollections.  I just ask these questions trying to make better sense of their lives, and their deaths.

What happened to the children orphaned by TB in the 1900s?

I haven’t been able to find anything written specifically about the incredible number of children that were undoubtedly orphaned by tuberculosis during the late-1800s through the mid-1900s.

The only knowledge that I have, specifically, is what happened to my grandmother and her siblings once both of her parents had passed away – and how those events rippled down through my generation.

According to family lore, once my great-grandfather got sick with TB, his new wife told him that she would do her best to care for the children if he passed.

I don’t know how much time passed where my grandmother and her siblings lived with their stepmother.  I can only assume that it was a huge financial struggle for her to care for this large family of children.  Did she do the best that she could to see after them?

A few siblings were taken in by family members, who by most accounts were also poor and helped the best they could.  Two of her sisters were adopted out together.

My grandmother, however, spent many years in an orphanage, separated from her siblings and other family members.

My grandmother lost her mother at the age of nine.  I can’t imagine how it must have felt for her to lose such an important person at that vulnerable age.

When she left the orphanage as a teenager, she married within a few years and ended up raising a large family of her own – seven kids.  She was a very troubled person, and I always felt that there was much more to her than I – or anyone else – was ever able to know.

My mother, undoubtedly, suffered because of the childhood trauma that her mother experienced.  And while I can’t complain about my own childhood, I can’t help but wonder how things might have been different had my mother been able to get to know her own mother better – or if she had been able to have relationships with her grandparents.

One of the biggest losses that I think that our family still experiences is the loss of culture.  Had my great-grandparents survived, would I have been able to know them myself?

Could I have spoken to my great-grandfather and heard stories that his father told him about growing up in Poland?  Would they have been able to teach my grandmother and mother Polish or German words?  Would we have had Eastern European traditions in our family that we would continue to celebrate?

Do we still have problems with TB in the United States?

It’s still a very big problem worldwide.  In 2015, more than 10 million people were diagnosed with the illness, and almost 2 million of those people died!

We should all be more aware of the history of this disease, and try to make sure that it stops claiming so many lives each year.

DNA can help us better understand our family history

As I mentioned, the effects of the deaths of my great-grandparents has rippled down into my generation in unexpected ways.  I grew up knowing almost nothing about my grandmother’s family.  Aside from a brief visit with my grandmother’s siblings when I was 14 years old, I never knew cousins, great aunts or uncles – much less more distant relatives from that side of the family.

And with the loss of extended family comes the loss of old photographs, family stories, heirlooms, and documents.  It’s a tragedy when families are broken up and separated – this is something has happened throughout history.

Fortunately, through Ancestry DNA’s autosomal DNA test, I have been able to work with some of my mother’s second cousins in order to try to bring some of this lost history and knowledge back together again.  I’ve been in touch with cousins from both sides of my grandmother’s family.

The DNA test was helpful because it through it I was able to confirm relationships and find 2nd-3rd cousins who I share DNA relationships with.  I was able to see their family trees and family documents (like photos and birth certificates) that they had had access to all these years.

Through genealogy (not necessarily DNA),  I was able to meet one of my mother’s second cousins on her grandfather’s side of the family.  We have developed a wonderful cousin relationship, and through his hard work on family research, we were able to meet more second cousins.

For the first time in my life, I feel like my grandmother had a family, and that that family is my family.

I’ve written much more on DNA and how to use it in researching your family tree – there are some links in the sidebar to the right if you want to learn more.

I hope that this has been an interesting story for you to read, and that I was able to express the connection between the historical facts and my own family’s story.  I would love to hear from you if you have any comments about your own family’s experience with tuberculosis, or just your own perspective on history in general.

And of course, I am a huge fan of doing a DNA test to learn more about family history. 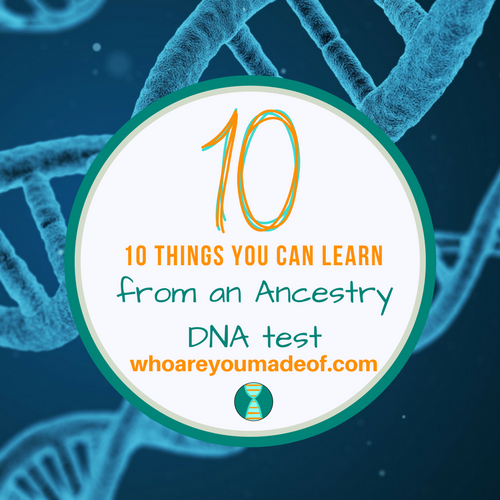 ← Previous
What Does Ancestry DNA Tell You? 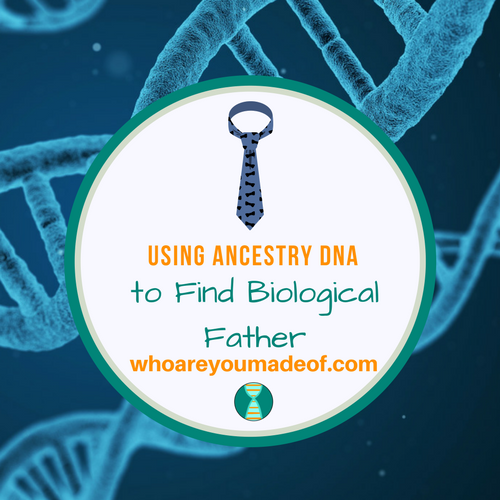