If you’ve been doing genealogy for a while, there is a very good chance that you’ve come across the term “half-cousin”.  Genealogy terms can be quite confusing, so in this post, I will use graphics and examples to explain variations of half-cousins.

In this article, you’ll find:

We all have lots of half cousins, whether they are half-first, half-second, half-third, half-fourth, half-fifth or half-sixth cousins.  There are all sorts of situations that can arise in families that lead to cousins having a “half” relationship.

If you did a DNA test, understanding half-cousins is very important. Half-cousins typically share about half of the expected amount of DNA than “full” cousins.

I feel compelled to emphasize that a being “half cousins” to each other doesn’t need to change how two cousins feel about each other or how they navigate their relationship within their own family.  Even so, it’s a useful term for genealogists(and some scientists) who need to be able to specify which common ancestors a pair of cousins share.

At the end of the day, a cousin is a cousin, whether “half” or “full”.

Maybe one of the siblings is a child from Grandpa’s first marriage and the other child is from the second marriage, and the offspring of those half-siblings are half-first cousins.

The graphic below is a visual explanation of how half-first cousins occur in families.  You can see that the grandfather had two unions (not at the same time, of course – though it does occasionally happen).

He had one son with each wife, and those sons are half-siblings.  Each son had a child, and those children are half-first cousins.

This happens when the great-grandparent remarries and has another child with the second spouse.   Alternatively, this can also occur even there was no marriage involved, like when a child is born outside of marriage or in cases of infidelity.

For example, let’s say that Great-grandmother Priscilla married when she was 19 and had three kids with her husband, John.  John got tuberculosis and passed, sadly.

Great-grandmother Priscilla remarried and had one final child (named Bobby) with her new husband, Michael.

Do you know any of your second cousins?

I’ve always found that the concept of second cousins is usually where people start getting a little mixed up about family relationships.  Having the “half” relationship added in can make matters more complex, and so sometimes a visual explanation can help.

Looking for a half-second cousin chart?

For some people, it helps to visualize the exact relationship of half-third cousins.  In the image below, notice that the great-great grandfather married twice.

He had a son with one wife, and a daughter with the other and they are half-siblings to each other.

What is a half-fourth cousin?

If two people only share one person as an individual great-great-great grandparent,then they are half-fourth cousins.

I know I have really picked on Grandpa for this post, but it could just as easily been Grandma that married and got remarried, even several times.  I know that this is the case in my own family most of the time.

Men were usually the ones out there fighting wars and working dangerous jobs (not to diminish the danger of childbirth, of course).

As I mentioned at the beginning of the post, I generally like to connect my articles back to genealogy and DNA.  There is about a 50% chance that you will share absolutely no DNA with any given fourth cousin.

Because the range of shared DNA with a fourth cousin includes zero, you can’t always know for sure whether someone is actually your genealogical fourth cousin based only on DNA.  This is especially true for half-fourth cousins – they will share about half as much DNA as full-fourth cousins, and are more likely to share no DNA, or only a very small amount of DNA with you.

I hope that this post has helped give you a good understanding of the meaning of half-cousin. You can use the same pattern in the post to go back as far as you want –even to half-twelfth cousins, if you want to!

If you have any questions about something that you read in this post or would like to talk about finding out who your half-cousins are, Would love to hear from you in the discussion below. 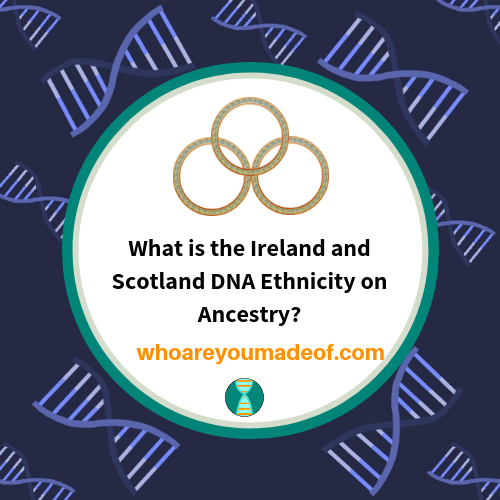 ← Previous
What is the Ireland and Scotland DNA Ethnicity on Ancestry? 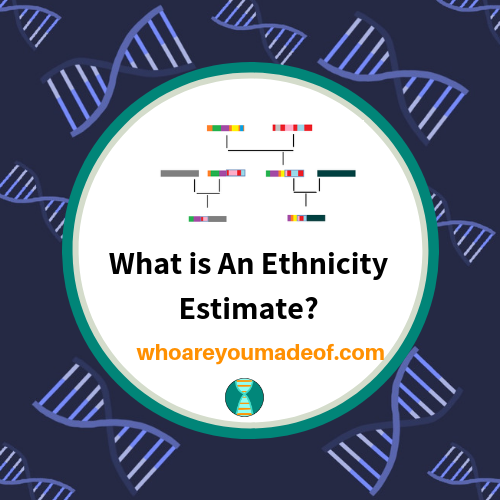 Next →
What is An Ethnicity Estimate?
Click here to cancel reply.

Hi JJ, That is a great question! Since we do expect half cousins to share about half as much DNA with us than our "full" cousins would, we could see shared DNA with those cousins falling in the range of the next "degree" of cousin-ness, especially for cousins more distant than half-first cousin. However, it wouldn't change the genealogical relationship, which is always measured based on the distance from the most recent common ancestor. Thank you for your question, Mercedes

Hi, I do not know who my father is, but I do have a first cousin with 536 cM across 15 segments (now deceased). I followed both sides of her family tree thinking that her father or mother's brother had to be my father, but I ended up having relatives on both sides. Some relatives are labeled half cousins and some just have second cousin, etc. How does one follow up if I don't know which side of her family I belong too. Thanks for your help.

I have a question. I have a first cousin.Her son would be my first cousin once removed,right? I put the cM 224 in DNA tool and it says we are half first cousins once removed.I don't understand why? Thanks Lorene