What is a First-Cousin Once-Removed?

In this post, we will discuss the meaning of “first cousin once-removed”. Plus, learn how to figure out how many degrees removed you are from your cousins, and see examples of cousins-removed.

In some families, cousins are just cousins.  In genealogy, however, we like to get specific since the exact nature of a cousin relationship can be extremely important.

For example, in genetic genealogy, we know that different “types” of cousins share different amounts of DNA with each other. This is one reason why it can be important to be able to calculate the exact way we are related to our relatives.

Even though calculating the relationship is important, it can also be confusing. Keeping track of the common ancestor, generations removed, and just knowing exactly how a cousin is related to you can be frustrating.

It’s not as hard as it seems at first glance, however. With a little practice and the information that you will learn in this article, you will become an expert on cousin relationships in your family.

What is a first cousin?

A first cousin is the child of a sibling of one of your parents.  That is the cousin relationship that we are all most familiar with, and we must understand the definition of a first cousin before we can learn about a first cousin once-removed.

Most people are familiar with first cousins, and may even have close relationships with them.  It’s easy to remember these cousins, after all, since they share grandparents with you.

Their parents are siblings to your parents, after all. You may have even grown up seeing your first cousins at your grandparents’ house for holiday gatherings.

It’s obvious that the children of our first cousins are related to us, but how do we describe that relationship? Are they second cousins?

This is one of the most common mistakes that people make when it comes to describing cousin relationships. The children of our first cousins are not our second cousins.

The “once-removed” comes from the fact that one of you is one generation further away from the common ancestor than the other one.

If two cousins are of the same generation (i.e. the same number of generations away from the most recent common ancestor), then they are just “first” cousins (or third, fourth, or fifth!).  Once there is a generational difference between two cousins, then the cousin is “removed”.

It gets a little more confusing when you start to add more generations between you and your cousin’s Most Recent Common Ancestor (MRCA).

In the graphic below, the “kids” are all first cousins.

These are called “degrees” of cousins.

A quick rule is just to add “1” to the number of greats to figure out the cousin degree.  For example:

And so on, and so on, forever!

In the graphic below, Bob and Jo are second cousins, since they are both great-grandchildren of Bob and Maria.

If Bob and Jo each get married (to someone else, of course!) and have children, their children will be 3rd cousins to each other.  You can see a visual example of this in the next graphic below.

What does generations removed mean?

It’s relatively easy to understand degrees of cousins, but what about when two cousins are not in the same generation?  This is when you hear “once removed” or “three times removed”, or any number of generations removed.

This is usually where people get lost. Keeping track of the degrees of cousin-ness is hard enough!

Fortunately, it’s not really that complicated. There is an easy way to figure out how many generations removed you are from your cousin, no matter what “degree” of cousin they are.

How to Figure out the Generations Removed?

Remember that the degree of cousins starts with the cousin that is closest to the MRCA.  Then, you count how many generations they are away from the other cousin to get the generations removed (i.e. the difference in their generations).

Take this graphic for example:

These are some cousin relationships, along with explanations, from the family depicted in the graphic:

Paola and Jo are 2nd cousins once-removed.  To calculate this, we need to figure out first that Jo is the family member who is the closest to the Most Recent Common Ancestor (Bob and Maria).

Bob and Maria are Jo’s great-grandparents, so we will add “1” to the great and say they are 2nd cousins.  She is one generation away from Paola – in other words, once-removed, which together is 2nd cousins once-removed.

Paloa and Sam are first-cousins three-times removed. This is because Sam is only one generation away from Bob and Maria (first cousins) and he is three generations away from Paola.

Most of the time when we hear “removed”, we hear it in the context of first or second cousins once or twice removed. It’s true that these are the most commonly discussed, since these are the cousins-removed that we are most likely to know.

Did you know that we also have cousins many times removed? For example, we can have a first cousins three or four times-removed, or even a fifth cousin six times-removed.

Most of these cousins many times-removed have long since passed away, since they were cousins to our more distant ancestors.

Even so, it is possible to have a first or second cousin – living – and two or three times removed. Many of us do, even if we don’t know them personally and are not aware of their existence.

I was recently in contact with a Dutch relative.  His grandfather was the youngest brother of my great-great grandfather (b. 1863!).

He had letters that my great-grandfather’s sister, who I remember meeting as a child, had written to him from Chicago. It was a cool experience to talk about that.

The second example is a relative of mine who recently passed away.  She was 92 years old, and was the granddaughter of my great-great-great grandmother (b. 1861!).

I thought that this was especially fascinating, since she remembered stories about her grandparents. There is nothing more amazing than speaking with someone who can tell you a personal story about an ancestor born 160 years ago.

She was my first-cousin three-times removed.  This is because she was the grandchild of our MRCA, but was three generations removed from me.

Is it too much work to do all of that calculating?  I agree!  That’s why I prefer to use this “cousin relationship calculator“.  It’s free and easy – just my style.

Seriously – it’s an easy way to skip all of the calculating in this article and just get the information you want. Even so, I do recommend developing a basic understanding of the topic.

For each degree and generation removed two cousins share with each other, they will also share less DNA.

If you have a cousin match who doesn’t seem to fit in the typical range, it could be a cousin who is a generation or two removed – especially when it is a 1st or 2nd cousin, as those ranges are relatively set.

Haven’t taken a DNA test yet?  Read my post about the “Ultimate DNA Testing Strategy” to learn the best DNA test to take and some really cool ways to get the most out of that DNA test.

Easy way to figure out how your cousins are related

If you have a family tree on Ancestry, the website will automatically calculate your relationship to your family members. Once you have put everyone into your tree, all you have to do is visit their profile and it will tell you exactly how you are related.

If you don’t yet have a tree on Ancestry, why not start building one today? It’s free to get started (actually, it’s ALWAYS free), but if you want access to their millions of documents and records, you do need to have a subscription.

Does my explanation make sense?   Did it leave you with more questions?  Have you encountered any wild cousins-removed relationships? Let me know in the comments!

Thanks for stopping by. 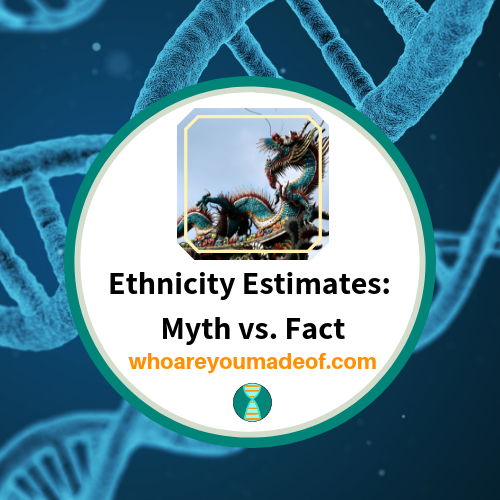 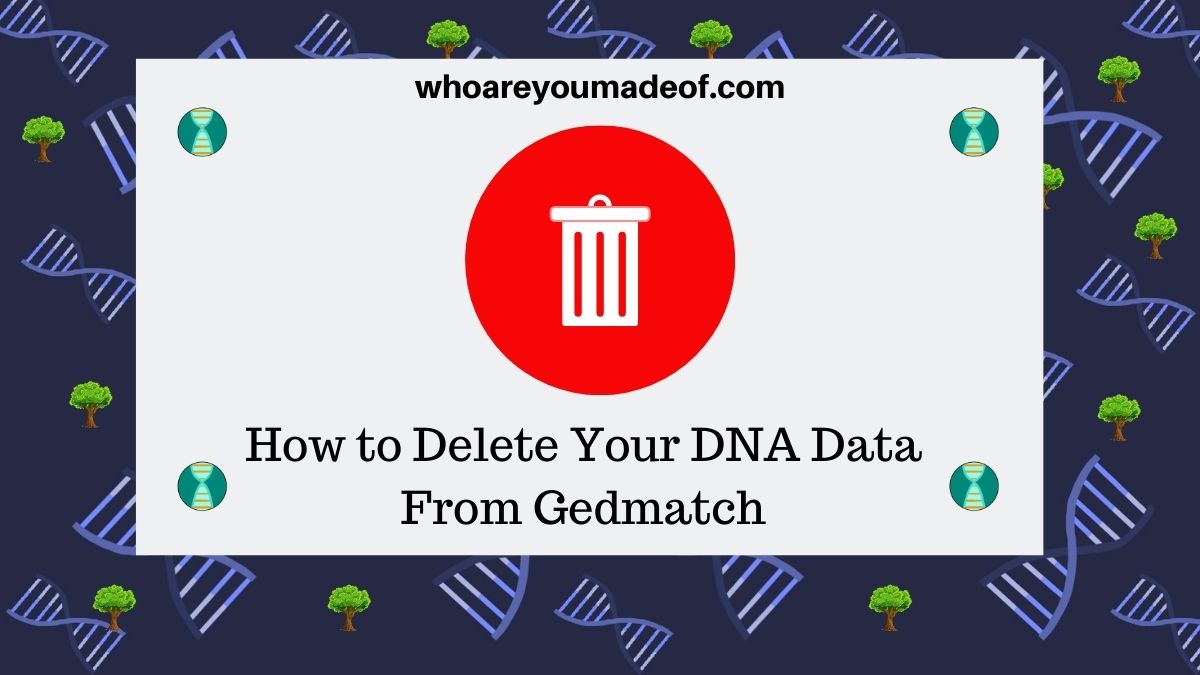 Next →
How to Delete Your DNA Data From Gedmatch
Click here to cancel reply.