What is a Third Cousin?

Most of us don’t grow up knowing our third cousins very well, unless we live in places where we have lots of distant extended family living all around us.

This is why it is no surprise that people want to know what is a third cousin and exactly how they are connected on their family tree.

Note: You will find that a genealogical third cousin is often different than a third cousin DNA match: What is a Third Cousin DNA Match?

What is a third cousin?

What is the meaning of third cousin? Your third cousin is the child of your parent’s second cousin and share great-great grandparents as their most recent common ancestor.

The parents of third cousins are related, too. Your parent and your third cousin’s parent are second cousins.

Furthermore, the grandparents of third cousins are first cousins.

Example of how third cousins are related

Sometimes it is easier to understand a visual explanation. It can be tough to keep all of the greats and the great-greats in order in our head!

In the image below, we can see see descendants of Peter and Earlene.

One possible criteria that people may use to determine whether they consider someone to be a close or distant relative may be whether they knew their common ancestor personally.

I have a few second cousins on my dad’s side of the family who I knew fairly well growing up. They have their own children now, as do I.

While geography separates us, I expect that someday soon our children will meet each other. They will play and have fun, and hopefully, grow up with fond memories of their third cousins.

What is a third cousin once-removed?

“Cousins removed” can be a confusing concept, especially if you are new to the idea. It’s not too difficult to calculate how whether you are third cousins or third cousins “removed”, however.

First, make sure that you are really third cousins (and not more closely related). Is the person most closely descended from the common ancestor a great-great grandchild of the ancestor?

Then, calculate how many generations the other person (i.e. you, or the other cousin) is from the MRCA (most recent common ancestor), and subtract four.

In this example, you and your cousin are third cousins twice-removed.

How many third cousins do I have?

On average, we can expect to have about 190 third cousins. This is assuming that the average family has 2-3 children and those children grow up to have 2-3 children, etc.

The exact number of third cousins that you actually have will depend on how many children all of your great-great grandparents had and how many survived to adulthood and began their own families, as well as:

It would be very difficult to know the names of all of your third cousins, much less meet all of them personally. However, since third cousins are not considered to be distant cousins, it is a worthy goal to at least know who all of them are.

There are two excellent ways to discover how many third cousins you have. First, you could take an Ancestry DNA test to receive a list of genetic relatives and their estimated relationship to you.

You could also start building your family tree. Since our third cousins are descended from our great-great grandparents, we need to build a family tree.

It’s free to build a family tree on Ancestry, which is where I always build my trees. If you want to get a subscription to make things a little easier, I recommend it.

Third cousins are always considered to be relatives from a genealogical perspective, and there is about a 90% chance that third cousins will share DNA.

With that said, third cousins who do share DNA only share an average of .78% of their DNA with each other, according to 23andMe. The exact amount of shared DNA between third cousins can vary, but it is rare for third cousins to share more than 2%.

Is it okay to date your third cousin?

Since third cousins share only a very small percentage of their DNA, there is no issue with third cousins dating from a genetic perspective.

According to an article by The Spruce, marriage between second cousins and more distant cousins is legal throughout the United States. There are some very famous third cousin marriages, such as the union between Queen Elizabeth II and the Duke of Edinburgh, both of the United Kingdom.

Queen Elizabeth and “Prince Phillip”, as he was otherwise known, were third cousins. As you know, third cousins share the same great-great grandparents.

I was unable to find a country in the world that has a legal prohibition to third cousin marriages, as there is really no good reason to prevent them. In many communities, third cousins may marry without even knowing that they are third cousins.

Not everyone knows who their great-great grandparents were, after all!

I hope that this post has helped you understand more about third cousins, exactly how you are related, and how many third cousins you might have out there in the world.

If you have any questions about something that you read in this post, or if you would like to share your own experience learning about your third cousins, I would love to hear from you in the discussion below.

Thanks for stopping by today – you are awesome!

← Previous
How Does DNA Show Your Ethnicity? 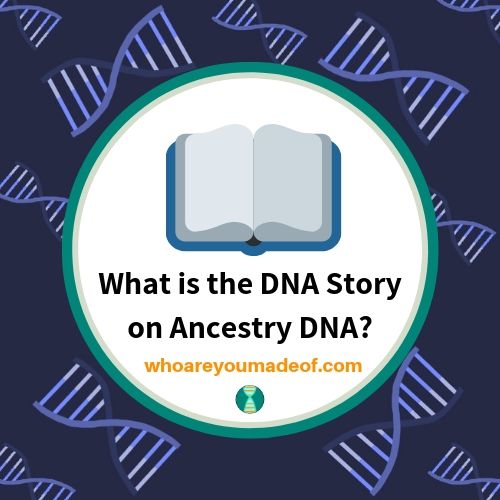 Next →
What is the DNA Story on Ancestry DNA?
Click here to cancel reply.

Maybe this is a little technical, but here goes. "K" and I are said to be 4th cousins by 23andMe. Our trees have one common name, so we are led to look for a common ancestor there. But there is none. Question is, is it reasonable to look in the next older generation, i.e. 5th cousin relationship (4th gr-grandparents)? I know the probability of detecting a match at this distance is small, but the probability might be enhanced since the 4th cousin match failed.

I looked up and read this article because Seth Meyers included a joke pertaining to Rudy Giuliani having married his second cousin. I have quite a fractured family personally, and certainly don't know any other than the most immediate of cousins. My father even had a sister he never knew about till his mother's death (my grandmother). So I was interested and intrigued to wonder whether I might ever have known a second or third cousin and not even recognise them due to genetic variance. This article went a ways to explaining the relation ships of second third etc, as well some primers so i can continue seeking this information out of sheer interest. So a "Thank you!" to those who spent their time and effort making this information available. Cheers!

Thank you so much for your comment! I'm glad you found the article useful and interesting, and I enjoyed your story about what inspired you to search for this information. Sincerely, Mercedes

My name is Veronique (Koenig) on my handwritten birth certificate! Came from france ? December 1954 to America Can not find travel log from ship ! I have no birth certificate! 67 1/2 old find out thru a cucsin that my biological father was in the army too both pasted and I believe my so called mother is not but her sister is my mother and both are living 86 and 85 will not take the test or tell my the truth ! I am misable. I want to know my history thanks