Should You Ignore Distant Cousin Matches?

Do you have hundreds or thousands of DNA matches?  Which ones are important?  The website sorts your DNA matches into different categories, ranging from immediate family to distant cousin.  While it’s easy to understand why it would be interesting and helpful to talk to those closer cousins, you might be wondering if you should just ignore those distant cousin matches.

In this post, I will present a few good reasons why I believe that you should not ignore your “distant cousin” matches.

Reason #1:  Your “Distant” Cousin Might Not Actually Be Distant

(Tip:  This is the most important reason!)

The way that DNA is passed down is actually very interesting, and completely random.  Each generation, some DNA from the previous generation is “lost”.  Sometimes, DNA from certain lines gets left out more quickly than others – there is no way to predict why or when this will happen, and it doesn’t really have any significance.  The only consequence is that sometimes, you will share less DNA with a particular cousin than average for a certain type of relationship.

That is a very simplified explanation for a complicated concept.  I have an example for you, that I hope will help.

“The facts of the case”

There is a little more that you should know…

Then, here is the tricky part.  My daughter also took a DNA test with Ancestry.  This cousin would be her 2nd cousin twice-removed.  In some families, especially those who live in close proximity to their extended families, my daughter might have even grown up knowing this 2nd cousin of her grandmother.  She only shares 6 cMs of DNA with Jeff – Ancestry places them in a 5th-8th cousin category!

Seriously, 6 cMs is barely more than a “by chance” match (typically a 4-5 cM is “coincidental”).  Most experts will say that anything less than a 10 cM match is almost impossible to trace – but we can see that that is not always true.  Not by a long-shot.  There are so many reasons that relatives can share much less DNA than average.  In this case, it is obvious that the “half” relationship of those two brothers greatly affected the chance that their descendants would show up as matches on a DNA test (and how much DNA they would share if they did).  If my daughter has children, there is almost no chance that they would show up as matches for Jeff.  The 6 cM segment that she shares with him will not get passed down to her children.

Interestingly enough, there is another cousin  (let’s call her Ann) descended from a sister of those two brothers.  Ann is the great-granddaughter of the sister of those two original half-brothers that I mentioned to you before.  I should also mention that that sister is a full sibling of Jeff’s grandfather, but a half-sibling of my mother’s great-grandfather.   Ann and my daughter are third cousins once-removed, but show up as distant cousins on Ancestry’s DNA match list, and only share 11.5 cMs of DNA.

It would be easy to ignore those DNA matches, especially if their usernames didn’t seem familiar to me or my daughter.  Since these cousin relationships aren’t nearly as distant as they initially appear, we all have photographs, stories, and documents that are of interest to the other cousins (and our immediate families).  How cool is that?

I have tons of of examples like this from all of the kits that I administer… who knows, you might find the same on YOUR list!

Reason #2:  Your Distant Cousins Might Have Information You Need

Even though your DNA match shows up as a distant cousin (whether or not they really are), they might have some information about your family tree that is interesting or helpful to you.  It’s possible that your distant cousins have been very serious about genealogy for a longer time than you have, and maybe they have found photographs, information, or even documents that might be amazing to see.

I love to demonstrate using examples, and below is a great example of how I was able to learn from a cousin on my distant cousin list.

Example of someone sharing information with me

There are a few lines of my mother’s family that have been challenging for me to research.  One particular line is through her “Dougherty” great-great grandfather.  This particular great-great grandfather had immigrated from Ireland, supposedly.  But to me, it seemed as if he had appeared from nowhere.  I couldn’t find anything about him.   That is, until one day, just browsing mindlessly through her distant cousin matches, I found someone whose great-great-grandmother had traveled from Ireland to Australia, and her last name was Dougherty.

After contacting this match, which you might have noticed is NOT a 5th-8th cousin, but instead a 4th cousin to my mother, we were able to determine that my Dougherty ancestor and her Dougherty ancestor were siblings!  I was able to learn from her the name of the town in Ireland where her great-great grandmother was born.  We still don’t know much more than that, but it is amazing to know that we have cousins in Australia, and even more amazing to know how that occurred.

And of course, refer to reason #1.  Since this cousin was in the category of 5th-8th cousin, I could have easily ignored the match and not found out that she and my mom are 4th cousins – and the location of where my mom’s great-great grandfather might have been born.

Reason #3:  You Might Be Able to Help Your Distant Cousin

Sometimes, you will contact someone thinking that they can help you, but you will end up helping them in unexpected ways!  This has happened in my DNA journey numerous times, and I do of course have a story to share.

Example of how I was able to help someone else

Recently, I have been in contact with a 2nd cousin three-times removed.  This is another great example of how a “half” relationship a few generations back can drastically reduce the amount of shared DNA between two cousins.  We are technically only “half” 2nd cousins three-times removed.  Ancestry has placed us in the distant cousin category because we share two DNA segments totaling exactly 20 cMs.

The common ancestor that I share with this cousin is my great-great-great-great grandfather, if you can believe it.  She is only the great-granddaughter of that ancestor.  He remarried a few different times, lived to be old, and his wives sometimes were much younger.  Thus, the “three times removed” in our relationship.  Because of her close distance to that common relative, she is very interested in the information that I have about my 4th great-grandfather.  I thought this to be very unusual!

My cousin’s grandmother died when her father was very young, so she never knew much about her grandmother’s family.  She didn’t even know her maiden name!  When I contacted her, I was able to provide her with photographs, and an extensive family history written by my great-grandmother on that side of her family.  She had never seen a photograph of her grandmother, so it was really special.

What gifts can you bring to your cousins?

What to do with information learned from DNA matches?

I’m so glad that you have been in touch with your DNA matches, but I do have a question for you. What do you do with the information that you learn from your family matches on your DNA testing site?

I recommend building a family tree and adding in the details that you learn from your DNA matches. For example, if you get in touch with a third cousin who is descended from a sibling of your great-grandparent, I would make sure that the sibling and the descendants of the sibling are added to your tree.

This will save you so much time in the future. The “wider” your tree, the easier it will be in the future to determine how other DNA matches are related to you.

I build my family trees on Ancestry. It’s free and pretty easy to do. If you have a subscription, you can easily add in details from census records and marriage/birth records with a few mouse clicks, which actually makes building a tree “wide” easier than you can imagine.

It’s totally up to you whether you want to get in touch with, or respond to messages from, your distant relatives.  I hope that this article has helped you think about the topic, however.

If you decide that you want to learn more about contacting your DNA relatives, you might be interested in these two posts:

Do you have any questions, comments, or stories you would like to share?  I would love to hear from you in the comments!

Thanks for stopping by 🙂 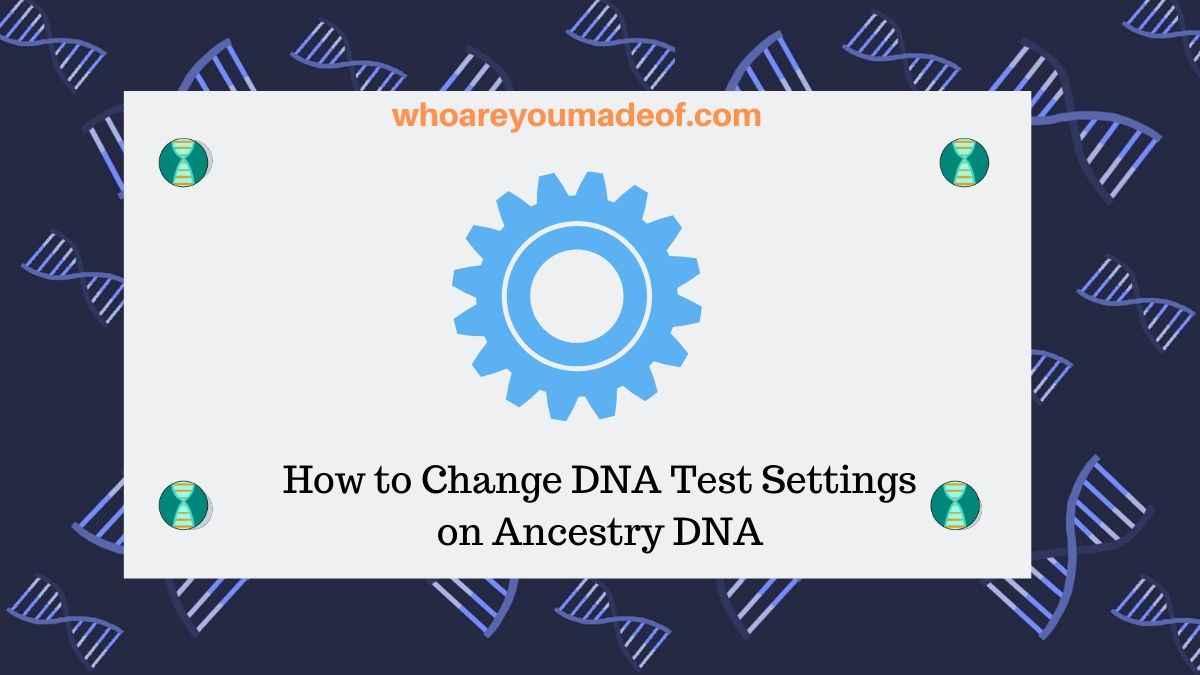 ← Previous
How to Change DNA Test Settings on Ancestry DNA 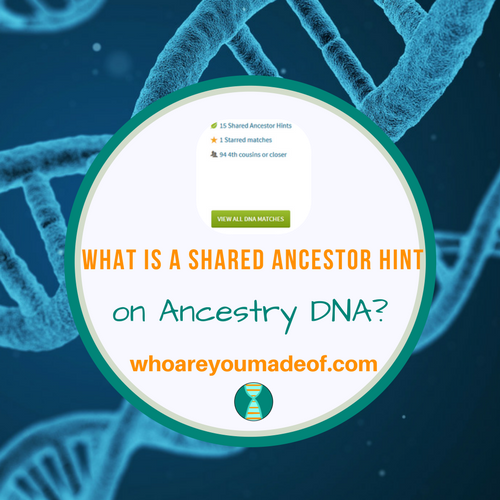 Next →
What is an Ancestry DNA Shared Ancestor Hint?
Click here to cancel reply.