What Were Enemy Alien Registration Affidavits?

One or more of your ancestors might have had to file an Enemy Alien Registration Affidavit. In this post, learn when these were required, and how to access and use them for genealogy.

Even though most people in the United States are either descended from immigrants or immigrants themselves, this country has a complicated relationship with immigration. Things were no different during historical times, especially during times of international conflict.

You might be surprised to learn that one or more of your ancestors of European origin was required to file an Enemy Alien Registration Affidavit. Below, you will find out when these were required and who might have registered.

Spoiler alert: Some people who were required to register were US citizens born in the United States.

Once you figure out whether your ancestors might have submitted one of these affidavits, you find out how to access these digitized collections and use them for your family tree research.

What is an Enemy Alien Registration Affidavit?

When the United States declared war on Germany in 1917, German citizens who had not naturalized who were living within the USA automatically became “enemy aliens”, and were required to file an Enemy Alien Registration Affidavit. In addition, females who were married to enemy aliens, even if they were natural born citizens, were also required to register.

Why were immigrants required to register as enemy aliens?

The restrictions on enemy aliens, such as the requirement to register change of address of employment and carry their registration cards at all times, were enforced until December 25, 1918.

How many immigrants registered as enemy aliens during World War I?

A surprising number of immigrants registered as enemy aliens. There were at least 480,000 Germans registered. In addition to the registration requirement, the government also issued at least 200,000 permits that limited the activities of some of these registrants.

Something that many people find to be surprising, apart from the fact that their ancestor may have had to register as an enemy alien, is that at least 6,300 “enemy aliens” were arrested and held in internment or prison camps on US soil in Fort Oglethorpe, GA; Fort McPherson, GA; and Fort Douglas, UT.

Unfortunately, some of those that were arrested spent years in prison, even if they were not guilty of any crime. Even though most were released by 1919, some remained detained until 1920.

What information about immigrants was collected on the Enemy Alien Registration Affidavits?

The Enemy Alien Registration Affidavits collected a great deal of information about the alien. These documents often include demographic information such as their age and place of birth, as well as details describing their physical appearance, and immigration process.

In addition, some records include a photograph and even fingerprints of the alien who was registering.

Below is a real example of a Registration Affidavit of Alien Female, which was a slightly different form than those submitted by alien males.

You can see that her name was Clotilde Henkel, born in 1889 in “Ratibor”, the German name for the Polish town of Racibórz, Silecia Province, Poland. In other words, she was from a town that is now considered to be part of Poland.

The Enemy Alien Registration Affidavits were officially required between 1917 and 1918, though some records cover periods as late as 1921. When the requirements were first set, only German males were registered.

In early 1918, the requirement was extended to include German females, those US-born women married to German males, and subjects of the Austro-Hungarian Empire, which included what is now Poland, with the same age and naturalization criteria.

Who was required to register an Enemy Alien Registration Affidavit?

The requirement to register technically applied to every non-naturalized German citizen, and in 1918, this extended to Austro-Hungarian citizens, too. This meant that adult men and women, male children over the age of 14, clergymen, people in hospitals, and even former soldiers who had not naturalized, were required to register.

Unfortunately, not all records of Enemy Alien Registrations have survived. Those records that do still exist are not 100% complete, and are held by different organizations.

For example, some records are held at the National Archives, while others are at state and local archives. The city of San Fransisco has made one such collection about residents of the city available at the San Fransisco History Center.

Family Search has compiled an excellent list of the types of records that are available, as well as links to those records. Some have been digitized, and others are only available in-person at the indicated archive location. If your German or Austro-Hungarian ancestor lived in Kansas, then you might be able to find records for them on Ancestry, which has made this collection available to subscribers.

To best identify where you might look to find where records pertaining to your ancestor might be located, you should start with the local genealogical society where your ancestor lived during that time.

How to use Enemy Alien Registration Affidavits for Genealogy

If you are able to locate an Enemy Alien Registration Affidavit for your ancestor, then you have identified a valuable source of information about your family tree. Even though the affidavits were different for males and females, both forms collected a significant number of details about the registrant.

These affidavits can help you learn details such as:

If your ancestor was interviewed, investigated, or detained, in relation to their registration, you might find that there are more records that exist in other locations.

I hope that this post has helped you understand more about what the Enemy Alien Registration Affidavits were, and how they might help you learn more about your ancestors. These are valuable documents that are an important part of your ancestor’s experience as immigrants to the United States, as well as helpful for building your family tree.

If you have any questions about something that you have read in this post, or if you have found that your ancestor might have been required to register as an enemy alien, I would love to hear from you in the discussion below. 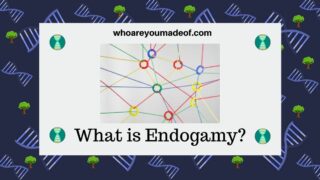 ← Previous
What is Endogamy? 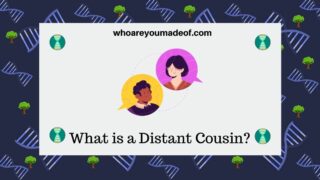 Next →
What is a Distant Cousin?
Click here to cancel reply.