What is Indigenous Americas on Ancestry DNA?

In this post, you’ll learn what Indigenous Americas on Ancestry DNA is, as well as how you may have inherited this region. Plus, find out how to trace your indigenous ancestry.

Whether you got 1%, 10% or 100% Indigenous Americas DNA on your Ancestry DNA results, you are in excellent company. There are more than five million Americans that identify as Native American.

What’s more, there are approximately 50 million Americans with Latino or Hispanic heritage. The average person of this ancestry has about 18% Native American (Indigenous Americas) ancestry.

What are the Indigenous Americas regions on Ancestry DNA?

The following regions are indigenous regions, but are not referred to as “Indigenous Americas” on Ancestry:

All of the people with DNA from any of the regions above have ancestors who were the original inhabitants of North and South America. These people are often referred to (in English) as Native American, First Nations, American Indian, Amerindian, Aboriginal, or Indigenous People of the Americas.

What is Indigenous Americas DNA on Ancestry?

There is a connection between all of the regions listed above because the original populations of these continents are all descended from only a few or perhaps even a single, original “populating group”.

The humans that crossed the land bridge into North America were then separated from Asia by immense sheets of ice during the most recent ice age.

Researchers disagree about the exactly when people from Asia crossed a land bridge (Berengia) to North America to what is now Alaska, but they do agree that it occurred at least 14,000 years ago.

Towards the end of the ice age, between 12,000-14,000 years ago, the descendants of these original peoples move south quickly and populated the entire continents of North and South America.

How did you inherit your Indigenous Americas DNA?

As I mentioned previously in this post, we know that the original inhabitants of the Americas were all descended from a relatively small number of people who came originally from Asia.

For many reasons, including the Ice Age that occurred after the original migration(s), the people of North and South America were genetically isolated for many thousands of years.

The result of this genetic isolation means that DNA from this region is easily identified on DNA ethnicity tests. This means that if you have Indigenous Americas DNA, you have a Native American ancestor, most likely from the region specified on your results.

For example, people who have Indigenous Americas – Andes on their results and have known ancestor from Chile or Peru can be confident that their heritage includes ancestry from indigenous peoples in that region.

Alternatively, those who show Indigenous Americas – North in their results can look to ancestors in what is now the Eastern, Northern, or Southern United States to find their Native American roots.

Why is there Indigenous Americas DNA outside North and South America?

It is possible for people who have no known ancestry in North or South America to have inherited DNA from distant, unknown ancestors from those regions.

We tend to think of North and South America as recipients of immigrants, but hundreds of thousands of people have left those continents over the past five hundred years.

For example, people of Mexican descent have lived in Spain for hundreds of years. Beginning about as soon as the conquest of Tenochtitlan (the original capital of Mexico), lasting through the Mexican Revolution, and continuing until this day, Spain has been a popular place for people with Mexican ancestry to live.

When you are thinking about your family tree, sometimes it’s good to think outside of the box.

How to trace your Indigenous Americas ancestry

Check out this post to learn how to build a family tree (it’s easier than you think:):

How far back in family tree is 100% Indigenous American ancestor?

Exactly how far back in your family tree you will need to research to identify your “100%” Indigenous American ancestor(s) will depend on your unique family history.

It’s important to know that depending on where your family has lived historically, it might be likely that many of your ancestors had Native American ancestry. For example, as many as 90% of people from Mexico have at least some indigenous ancestry.

Some people who are reading this post might have discovered a small percentage of Indigenous Americas DNA in their results, perhaps inherited from a single ancestor.

In order to know which scenario applies to you, you will need to learn about your family history. Taking the time to explore the history and traditions of the local communities where your ancestors lived will help you understand more about your indigenous roots, too.

Can DNA tell you the tribe or group your Indigenous Americas ancestors belonged to?

DNA will not be able to identify the tribe of group that your ancestors belonged to. Additionally, most tribes recognized by governments, if not all, don’t accept DNA testing as evidence for membership.

Most experts will tell you that the best way to learn about which tribe your ancestors belonged to is to “follow the paper trail”.

This means that you should research your family beginning with your parents and find documents connecting each generation as you work back in history towards your indigenous ancestor.

I hope that this post has helped you understand a little bit more about your Indigenous Americas DNA, how you have may inherited it, and how to trace your Native American family tree.

If you have any questions about something that you read in this post, or if you would like to share your own Indigenous Americas results, please join us in the discussion below. 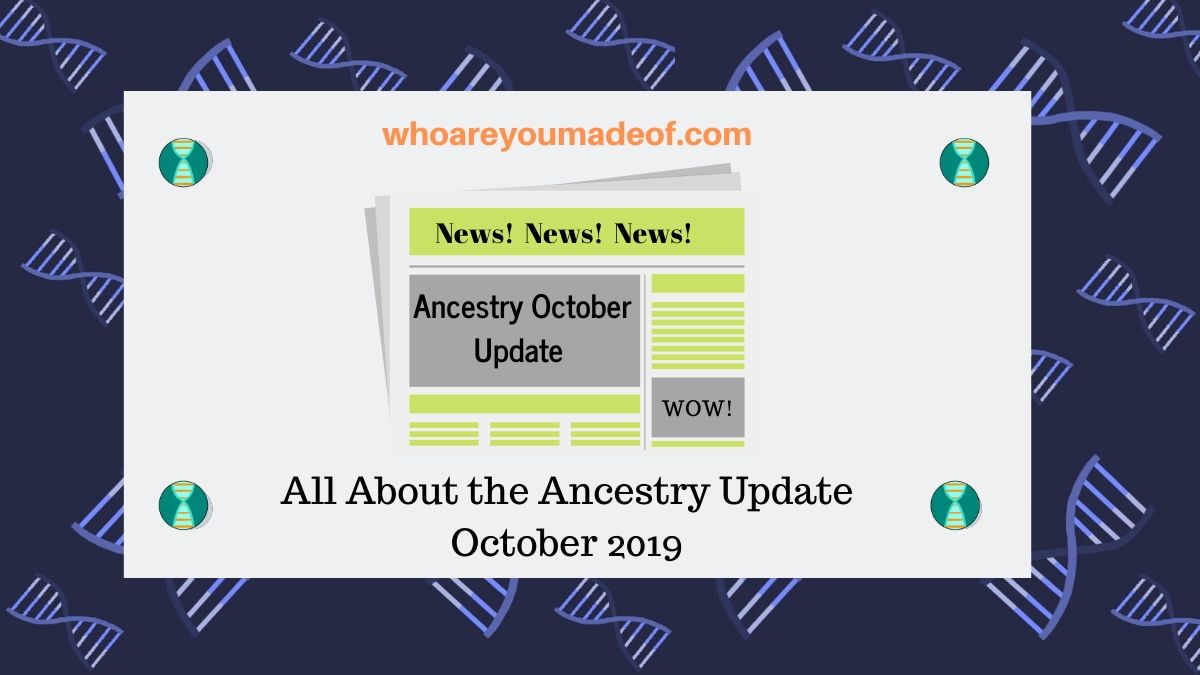 ← Previous
All About the Ancestry Update October 2019 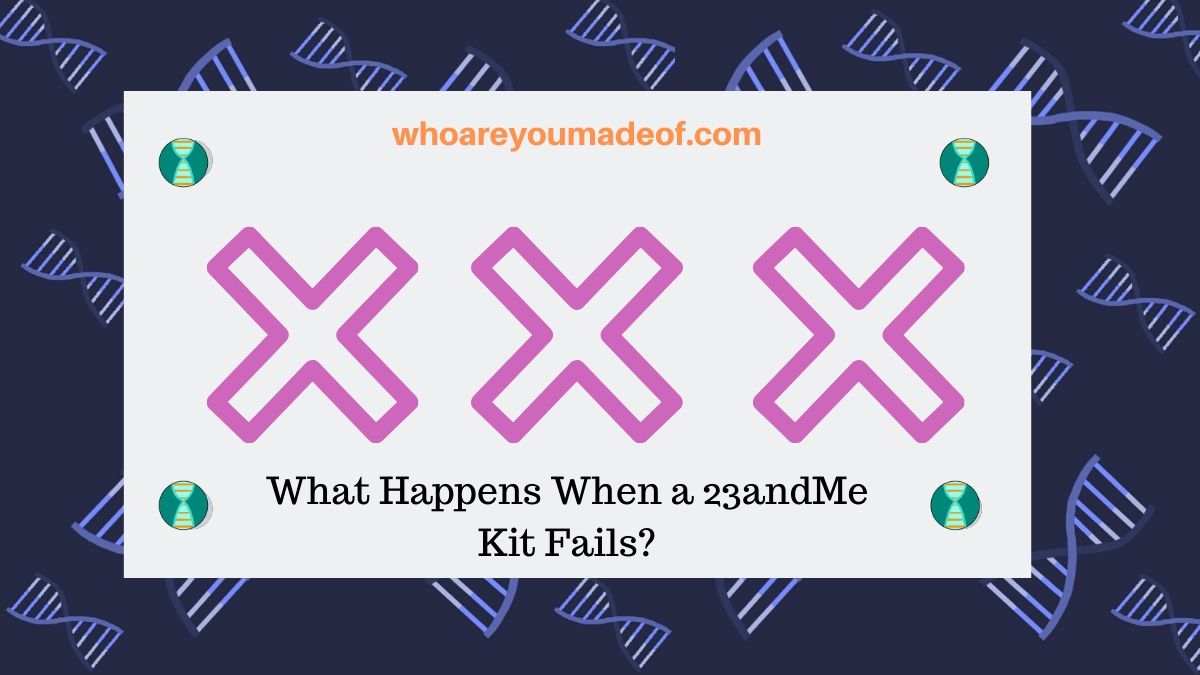 Next →
What Happens When a 23andMe Test Fails?
Click here to cancel reply.

Doing Genealogy takes A while,I Had to do 2 Tests to Find out I Had 53 Percent Indigenous Native indian,And I Am Still Looking For the Origen Of My Maternal Grandmother Who Came or was born In Zacatecas Mexico,I Am Look so Heartily at this because I Want to Find out What Tribe She Belonged to , They are all Different,In the sence of the word,and each tribe is sensitive to the such.

My husband has been told that he is related to Joseph Graveline the Indian interpretator to the Lewis and Clark expedition. My husband's and our sons dna shows 1% indigenous native North, how do I find out more? Thank you.

Hi Martha, That is such an interesting family story! The best way to learn about your son's ancestry is to start researching his family tree, beginning with your husband's parents. If you work back carefully, generation by generation, you are sure to learn more about his indigenous ancestry. Best of luck to you in your search! Sincerely, Mercedes

I would love to know what my results mean thank you