Why You Don’t Have More DNA Matches

There are two common questions that people have when they get their DNA results back.  They stem from being either overwhelmed or underwhelmed by the number of 4th cousin or closer matches.  In this post, you will learn why you have so many DNA matches, or why you don’t have enough DNA matches.

Why do I have so few DNA matches on my DNA results?

Some people have a really, really small number of matches.  This person only has 16 4th cousin or closer matches.  And in fact, only one of his matches is at a 3rd cousin level.  The rest are more distant.

The person whose results that you see in the above screenshot was born in another country, and so were his parents.  This is a perfect example of why some of us have more matches on Ancestry than others.

Some of the factors that go into how many DNA matches you will have when you test.

How efficient were your ancestors at procreating?

How efficient and effective were your ancestors at procreating and raising their children to adulthood?

I know this sounds like an odd thing to think about, but work with me.

How many kids did they have, how many survived, how many of their kids had kids, and so on and so on?

Were there major events outside the control of your ancestors?

Events like natural disasters, wars, etc, can also factor into how many actual DNA relatives you have right now.

History is complicated and filed with tragedy. Not all of the descendants of our ancestors survived to product offspring (and thus, people to show up on our DNA match lists).

The number of DNA matches that you have depends greatly on where your recent ancestors were born.

For example, I had two Dutch great-great grandparents.  Some of their siblings came to the US, and some did not.  This means that many of my 2-4th cousins on this side of the family might still live in the Netherlands.

In fact, I know they do.  So that’s why they aren’t taking the US Ancestry DNA test.  Simple as that.

The randomness of whether or not your actual DNA family has gotten it into their head to do a DNA test.  Some people do, some people won’t, and some people are just now learning about it.  So even if a lot of your extended-distant family members haven’t done a DNA test, give it time.

It is becoming more popular and you will still get new future matches as they do test.

Given more time, more of our relatives might get around to testing.

We don’t share DNA with all of our relatives

If you do the math to try to determine how many 2nd-4th cousins the average person has, you might be shocked. We can have many thousands of relatives at the 4th cousin level or closer.

But if that’s true, why don’t we have many thousands of DNA matches?

Apart from the reasons I have already mentioned in this post, you should know that we don’t actually share DNA with all of those people who are in our family tree.

DNA is inherited through a process called “random recombination”.  Basically, you inherit 50% of your DNA from each of your parents.  Each generation, some DNA is lost.  It is random.

This means that you won’t share DNA with all of your cousins past the 3rd cousin range.  So, even if your 4th cousins ARE testing, they might not match you at a DNA level.

Do you need more DNA matches?

If you don’t have many DNA matches, you might consider uploading your DNA to Gedmatch, Family Tree DNA, and MyHeritage.  They all accept free uploads from most companies and can allow you to compare your DNA to people who have tested with other companies.

What is another question that many people ask?

Why do I have so many DNA matches on my DNA results?

Some people are lucky (yes, lucky!) enough to have a lot of DNA 4th cousin matches.

While it can be overwhelming to have tons of DNA matches, believe me when I say it is a good problem to have.  Especially if you are adopted, but even if you are just trying to break through a brick wall on your family tree.

Here is an example of someone who has a large amount of matches.  She doesn’t have the highest number I’ve ever seen – it’s possible to have thousands of 4th cousin matches.

I have seen people who have many thousands of DNA matches at 4th cousin or closer and as many as close to 100,000 distant cousin matches.  With that said, 500+ matches are a challenge to work through:

The reasons that someone might have a ton of DNA matches?  In the case of the person above, these are the primary factors:

There is one caveat to this explanation.  If you come from a population that has a high level of endogamy, you will definitely show more DNA matches (4th cousins and even more distant) than those who don’t.

Wikipedia explains endogamy as “the custom of marrying only within the limits of a local community, clan, or tribe.”  This isn’t a bad thing – it’s not like first cousins marrying first cousins, it’s more of just a giant community (it could be as a big as a state or even bigger) never intermarrying with complete outside groups.

Sometimes, this was just a result of geography and availability of mates.

How does endogamy affect number of DNA matches

It is possible to share no DNA with a great-great grandparent, but for this example, let’s pretend that you do.

Let’s also pretend that your family doesn’t keep track of genealogy, since many don’t.  You meet a nice guy, and you get married.  You don’t realize that you share common great-great-great grandparents.

This means that your descendants will have a bigger percentage of DNA in common than usual with all of their distant cousins, making the relationship appear closer than it really is.

Generally speaking, the shared percentage of DNA in cases of endogamy is made up of multiple smaller DNA segments instead of larger ones (indicating a more recent common ancestor).

This is why some people have thousands of DNA matches showing up as 4th cousins or closer.  Many times, when people have come from these communities, this is what has happened.

I should add that there is absolutely nothing wrong genetically with cousins marrying cousins past a first cousin level, and even at that level, there isn’t a big chance of any health problems developing.

People marry who they know.  And up until fairly recently, for economic, cultural, and political reasons, people were encouraged to marry within their communities.  We ALL have some level of endogamy in our trees.

Do you want more DNA matches?

I love DNA matches, and so I try to get as many as I possibly can.  DNA matches can help you learn so much about your family tree, and can even help you build your tree further out than you could do without them.

One great way to get more DNA matches is to do a DNA test with an additional company.  You never know which company the DNA matches that you are looking for tested with, so having your DNA in all of the databases is highly recommended.

If you want more DNA matches, you can upload your DNA data, generally for free or a small free, to many sites.  Read these two posts for more information:

I hope that this article has given you some ideas about why you don’t have more DNA matches (or why you have so many!).  How many cousin matches do you have?  If you have a lot, how have you managed to work through them?  I want to hear from you in the comments! 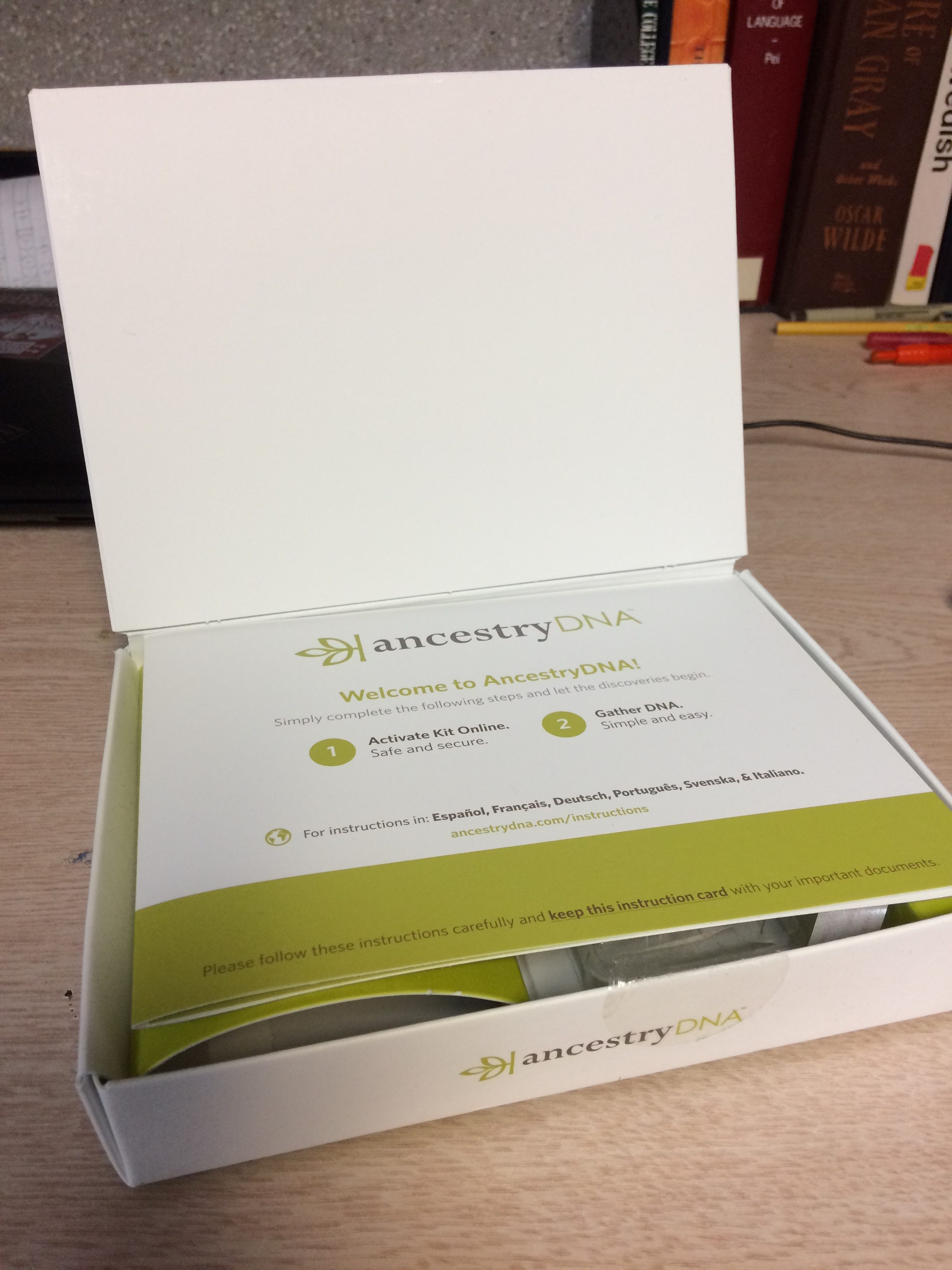 ← Previous
How to Understand Your Ancestry DNA Results: Part 2 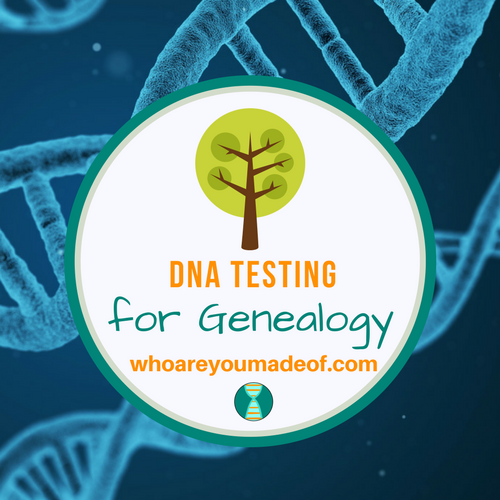 Next →
DNA Testing for Genealogy
Click here to cancel reply.