If you have Mexican ancestry and have already done a DNA test, or are thinking about doing one, you might be surprised to know that many people with Mexican roots have Irish DNA.  There is a lot of misinformation out there about the “typical” genetic makeup of the average Mexican.  In fact, most people typically expect to find only “Spanish” and Native American, and are shocked to know that it’s really common to find signs of Irish ancestors tucked within your DNA.

How much Irish DNA does the average Mexican have?

My interest in this topic began when my husband and I opened up his DNA results.  He was born in Mexico in a well-known village that is known for its indigenous roots.  He speaks basic Nahuatl, can see Popocatepetl from his parents’ home, and is proud of where he comes from.  The reason that he wanted to do a DNA test is because he’s significantly taller that most of the people from his town, and when his beard grows out, it is speckled with bright red hairs.  We had always joked about the red hair and height being from a distant Spanish soldier, or something like that, but to be honest, we had no idea what to expect when we opened up his results.

Imagine our surprise when his highest European ethnicity was Irish!  My husband came back with basically Native American, Central Asian, and Irish ancestry.  He showed less than 1% Iberian (which probably is Spanish), and 1% Italy or Greece (which now shows up as Europe South on Ancestry DNA).  While his Irish ancestry only showed to be about 4%, it definitely sparked his curiosity.  And that’s great, since I definitely need his help to research his Mexican family tree.

So, if you have Mexican roots, and you do a DNA test, should you expect to find Irish DNA?  And if so, how much Irish DNA is “normal” for a person from Mexico?  As it turns out, there is no “right” answer.  You can have a lot of Irish, or just a little bit of Irish, and be from Mexico.  I’ve seen people from Mexico show 1% Irish, and 15% Irish, but I would no longer be surprised to see results for someone with even more Irish ancestry.  And of course, if you have one parent born in Mexico, and another born in the US, you could have inherited Irish from both of them, just like my daughter did.  She has 12% Irish, while I only have 9% Irish.

How did I get Irish DNA from my Mexican ancestors?

Many people are surprised to learn that there really is no such thing as a Mexican ethnicity.  Instead, Mexico is a really diverse country with people with ancestry from all over the world, along with indigenous Native American roots.  Some of this diversity came from Ireland.  While there are some big differences between Ireland and Mexico, the two countries actually have a lot more in common than you might think.  Both countries are majority Catholic, and have a strong system of family values, just to name a few similarities.

We all know the basic story of the Spanish conquest of Mexico, which is why most people think that Mexican DNA should show a basic “mix” of Spanish and Native American DNA.  Real Mexican history is much, much more complicated than the idea that Spanish solders went to Mexico 500 years ago, defeated the Aztec Empire, had babies with indigenous women, and  then went home.  Many of the Spanish stayed, and Spanish immigration to Mexico has continued since those early days.  Even less known is that Mexico has been a top destination for immigrants from dozens of countries for centuries.  All of this genetic diversity has made for some interesting DNA results for the modern-day Mexican, or person of Mexican descent.

How did you get your Irish DNA?  While I can’t tell you for sure, here are some major events and details that might explain how Irish DNA ended up in your genes:

There have been many other smaller instances of Irish immigration to Mexico, or other ways in which an Irish ancestor happened into a Mexican family tree.  If you have any examples of something that you learned in your own family tree research, I would love to hear from you in the comments at the end of this post.

If you are interested in finding out if you have Irish-Mexican roots, the first thing that I would recommend that you do is take the Ancestry DNA test.  This test is the best for people with Mexican heritage, because they also test for more than two dozen Native American regions, many of which are also found in Mexico (though it can’t tell you a specific tribe at this point). The DNA test will tell you if you have inherited any DNA from Irish ancestors, as well as test you for many other ethnicities.

It takes about 4-6 weeks to get your results back, so go ahead and get your test soon!  You can use the link below to order your test, and I will get a small commission at no extra cost to you (and it helps me support my website, so thank you sooo much for your support!):

Discovery the story AncestryDNA® can tell

Another really neat aspect of DNA testing is that you will also get hundreds, or maybe even thousands of DNA matches.  Some of your DNA matches might be relatively close cousins who know a lot more about your family’s history than you do, or even have old photographs and documents that they might be willing to share with you.  In fact, some of them might even know who your Irish ancestors are based on old family stories.

While you are waiting for your results to come, or if you already took a DNA test, you might be interested in tracing your family tree to see what you can learn, and to see if you can actually find the names of your Irish ancestors.  Follow these steps to get started on your tree:

Even though you don’t need a subscription to Ancestry to build your tree, you will find that it is much easier to get access to really good records and documents if you have a subscription.

You can get a two-week trial, just to see if it will be helpful for you, by following the link below.  It’s a special link that lets Ancestry know that I referred you to them, and I will get a very small commission at no extra cost to you if you do end up purchasing a subscription at the end of your free trial, and of course, it really goes a long way towards helping me towards the cost of maintaining this site:

I hope that this post helped you understand a little bit about how common it is to find Irish DNA in your DNA results if you have Mexican roots.  If you have any questions about anything that you read here, or would like to share your own story of Irish Mexican DNA, I would love to hear from you in the comments below. 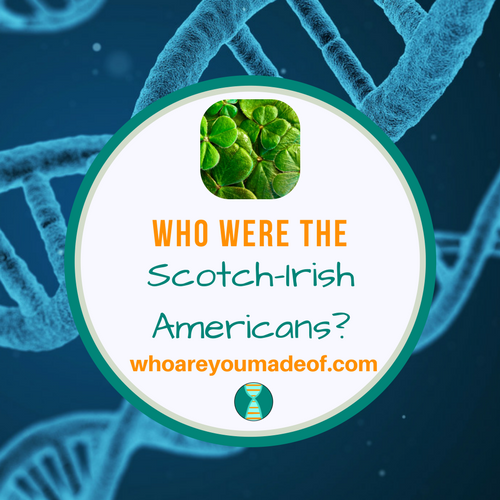 ← Previous
Who Were the Scotch-Irish Americans? 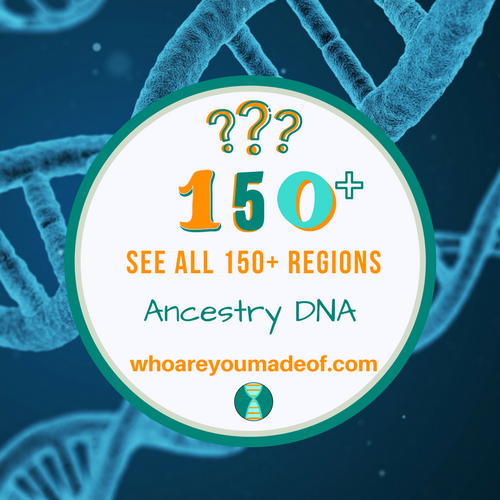 Hi, I've researched my mom's family history and have not stumbled upon any Irish ancestors yet to explain those DNA matches. We weren't anywhere near places mentioned in the article although it is interesting to see this article. I have wondered if some of it is from Catholic priests. With there being Celts in the Iberian Peninsula that may turn up to be an explanation someday. Happy to see your husband has the same ? about his results.

Thank you for your comment!! I wish you the best of luck discovering the source of your Irish roots.