Who Were the Scotch-Irish Americans?

In this post, we’ll explore the Scotch-Irish and try to understand what brought them to America – and how they might have ended up in your family tree.

When I was growing up, I knew very little about my mom’s paternal side of the family.  Supposedly, my maternal grandfather’s dad was Slovak, and his mother was “Scotch-Irish”.

The term “Scotch-Irish” acquired a little bit of a mystic flavor to me since no one seemed to be to about to tell me, definitively, who the Scotch-Irish were, and why they came to the United States.

It should be stated that Ireland and Scotland are very close together, geographically and culturally speaking.  In fact, Scotland was settled by Irish tribes as far back as the Dalriada in the 5th century AD, and people have moved back and forth between the two islands for thousands of years.

There was so much exchange of people from one side to the other that it is often difficult to tease out the differences in genetic DNA testing. Despite this fact, people still find themselves proud of their Irish and/or Scottish heritage, and it is very important for some people to be able to distinguish between these communities.

When you start investigating your Irish (or Scotch-Irish) heritage, you might find that it doesn’t match what what you believed about your family history.  I eventually found that in my own family, I could not verify that any of my mother’s paternal grandmother’s family was Scotch-Irish.

I’ll explain more about what I discovered later on in this post.  Always follow where your family tree takes you, since history, like our own families, is complicated.

What does Scotch-Irish really mean?

As a kid, the term Scotch-Irish seemed like a handy term to describe someone who was of Irish and Scottish descent.  In reality, this isn’t what it means at all.  The term is used to describe Irish immigrants from a particular part of Ireland, specifically, Ulster Ireland (Northern Ireland).

These immigrants from Northern Ireland came from one particular area of Ireland (Ulster) and were descendants of people who fled Scotland, thus the term “Scotch-Irish”.

Another commonly used term to describe the Scotch-Irish is “Ulster Scot” or “Ulster Scotch”.  The terms are generally interchangeable.

The term Scotch-Irish is based on the term “Scotch-Irish Lyllibolaro”, which was a negative term used by the natives of Ireland to describe the new immigrants from Scotland.

Even though it was a negative term to begin with, the Scotch-Irish in America eventually began to use it again, but this time in a positive light, hoping to distinguish themselves from the newer wave of Irish immigrants who began to arrive in the US in the 1840’s.

Why did the Scotch-Irish leave Scotland?

Religion is often the source of conflict that causes extreme suffering, and often ends in one population attempting to flee a particular area, and the history of the Ulster Scots, or the Scotch-Irish is no exception.

The Scots who left Scotland to live in Ireland, at the encouragement of the English government, whose descendants eventually became the Scotch-Irish who would leave Ireland to live in America, were Protestant.   All in all, about 2 million people with Scotch-Irish roots left Ireland for America.

We don’t often really understand how our decisions can affect the future for hundreds of years, and this may have been the case with the English settlements in Ulster, Ireland.

The immigration of Scots to Ireland for religious reasons can be cited as the source of the conflict between Ireland and Northern Ireland for hundreds of years, even extending into recent history.

When did the Scotch-Irish come to America?

Beginning in about 1718, and up until the time of the Revolutionary War between the colonies and Britain.  It halted during the war, since the British would actually stop ships carrying Scotch-Irish and force the men to fight for the British side of the conflict.

The Scotch-Irish began immigrating again as soon as the war ended.

Their history in the US is closely tied with the expansion of the American territory and the classic “American” identity.  The Scottish lands that the ancestors of the Scotch-Irish lived on when they were in Scotland was a difficult land to work, and it was a tough existence.

The theory is that these Scotch-Irish immigrants were an especially hearty-stock of people, used to conflict and hardship, and so they tended to be among the first groups of people moving west, and south.  They settled in areas that were often still occupied by Native American groups, which resulted in conflict and tragedy.

What’s the difference between Scotch-Irish and Irish?

You might not be surprised to learn that the difference between the Scotch-Irish and the Irish is… religion, generally speaking.  Before the arrival of the Catholic Irish immigrants that came in great numbers starting in about 1840, there was little need for the Scotch-Irish in the US to distinguish themselves from anyone else from Ireland.

The Scotch-Irish fit in quite well with the Protestant religions that were common to the newly-formed United States.

This is how the term “Scotch-Irish” regained popularity.  In fact, the term is not commonly used anywhere else except for the United States, which sort of “proves” its origin and the reasons behind it.

In the 1800’s and early to mid-1900’s, it just wasn’t generally a good thing to be Catholic in the United States.  If you were Catholic during this time period, you were likely to suffer from discrimination and even violence.

At this same time, tens of millions of Catholics immigrated to the US, causing extreme racial and religious backlash.  Sometimes, this backlash became violent.

It is understandable, under those circumstances, why the Ulster-Scots, or the Scotch-Irish, would do anything that they could do create a simple way of helping Americans distinguish the Protestant Irish from the Catholic Irish.

It probably helped that the term Scotch-Irish implies that you aren’t really Irish, but really Scottish.  So when the signs said “Irish Not Wanted” or “No Irish Need Apply” a Scotch-Irish man wasn’t really, truly Irish, but in actuality was of Scottish descent.

And of course, most importantly, he was not Catholic.

Where in the USA did the Scotch-Irish end up?

Scotch-Irish immigrants ended up settling in every corner of the United States, but there are some states which tended to have more Scotch-Irish than others.  The following is a list of the top ten states that had the highest number of residence citing Scotch-Irish ancestry in the 2010 US Federal Census:

These immigrants quickly worked themselves into every aspect of American life.  In fact, the United States has seen more than fourteen Presidents with Scotch-Irish ancestry.

Can your DNA tell you if you are Scotch-Irish?

Many of my readers ask me whether or not it is possible to take a DNA test that could determine whether they are Irish, or Scotch-Irish, or even just Scottish.

Remember how I mentioned towards the beginning of this article that there has been a lot of movement back and forth between Scotland and Ireland between the two areas?

While this is true, and there has been lots of genetic mixing between the two regions over the past thousand years, Ancestry DNA has been able to build a very specific genetic profile of what the genome of the Ulster Irish “looked like”.

Since these immigrants to Ireland lived in relative isolation because of their different religion (and the fact that the native Catholics viewed them as intruders), they likely stuck to themselves.  This might explain the cohesive identity that they retained when their descendants migrated to the colonies, and later, the United States.

Furthermore, it could certainly explain how Ancestry DNA might be able to isolate the Ulster Irish DNA from the general Irish that some companies test for, or the more general Ireland/Scotland/Wales, another Ancestry DNA ethnicity category.

If you do show DNA that is very similar to that found in Ulster, Ireland, it might show up similar to this on your Ancestry DNA test results:

To be clear, Ancestry DNA can only tell you if you might have had ancestors living in Ulster Ireland.  They can’t tell you specifically if those ancestors originally came from Scotland, if they migrated to the US or another country, or if they ended up living somewhere else in Ireland.

In order to really trace your Scotch-Irish, or Ulster ancestry, you will have to build a family tree and do some of that old-fashioned genealogy research.  Fortunately, family tree research is easier than it ever has been.  You can do almost anything from the comfort of your home, since many records are now online.

Do you want to go ahead and do the Ancestry DNA test?  What about building your family tree on Ancestry?  If you use the links below, I will get a small commission at no extra cost to you, but it really helps me support this website:

I hope that this post gave you some insight about the Scotch-Irish, their roots in America, and how to research your own Irish, and possibly Scotch-Irish, ancestry.  If you have anything to add, I would love to hear from you in the comments. 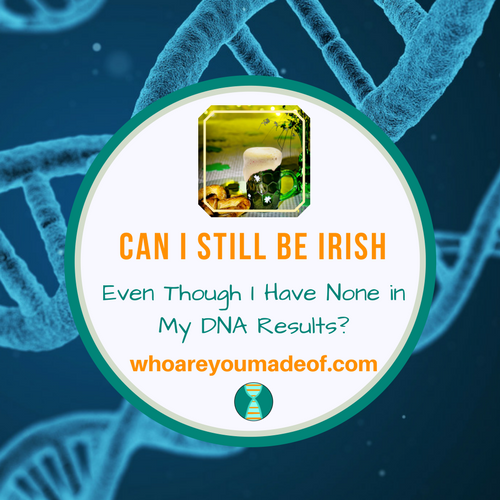 ← Previous
Can I Still Be Irish Even Though I Have None in My DNA Results? 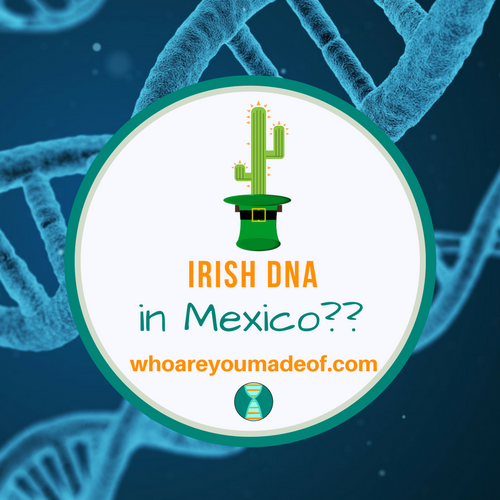 Next →
Irish DNA in Mexico?
Click here to cancel reply.