If you have used the Gedmatch admixture calculators, you may have seen EHG or WHG DNA on your results. In this post, learn what this stands for and how you may have inherited DNA from these ancient groups.

It’s important to mention that we should always remember to take our ethnicity (admixture) estimates with a grain of salt. When it comes to ancient admixture calculators, we should interpret them with a large dose of skepticism.

Many of the admixture calculators on Gedmatch were developed several years ago and have not been updated. Genetics as they relate to anthropology is a rapidly developing field that has benefited from advancement in science and technology.

What does EHG mean on Gedmatch?

Eastern Hunter-Gatherers lived a primarily nomadic lifestyle, living off food that they hunted and gathered from their environment.

What does WHG DNA mean on Gedmatch?

WHG stands for Western European Hunter-Gatherer, which were nomadic populations that were descended from Mesolithic groups in Southern and Central Europe.

How to find out if you have EHG or WHG DNA?

The easiest way to find out if your DNA shows a connection with the EHG or WHG populations of Europe is to run your DNA through the Gedmatch Ancient Eurasia K6 calculator.

Below, you can see my results from this admixture calculator. I show 39.81% DNA from Western European Hunter Gatherers.

I also have most of my DNA coming from other regions not included in the scope of this article, such as the Ancestral North Eurasian and Natufian groups.

For those who are curious, at least 95-98% of my ancestry from the past 500 years is European in origin.

People with ancestry from other regions might also find EHG and WHG on their admixture results using this same calculator. For example, below you can see the results from someone who has close to 100% ancestry in North American (Native American):

Showing EHG or WHG on results doesn’t necessarily mean that someone is descended from these groups. In theory, it could mean that one shares a common ancestry with the groups.

We are all descended from the same groups of ancient humans, after all.

In order to run your DNA in the Gedmatch Admixture tools, all you need to do is upload your DNA to Gedmatch. You will receive a kit number (kit #) which is all you need to use the calculators.

In fact, you can start using the calculators almost immediately after your upload your DNA file to the site.

Is it possible to trace WHG or EHG ancestry?

No, it is not possible to trace your Western or Eastern Hunter-gatherer ancestry in a meaningful way. Most people view these ancient admixture calculators as interesting from an academic standpoint.

In other words, they are not useful for genealogy in any significant way.

Gedmatch has many interesting and helpful admixture calculators. If you are interested in a calculator that is based on more recent populations (i.e. within the past 1000 years) that have more relevance to your family history research, I would recommend the MDLP World-22.

What does it mean to have hunter-gatherer DNA on Gedmatch?

If you can’t use the knowledge that you may have DNA from these ancient groups in your genome for genealogy, what does it really mean to have hunter-gatherer DNA?

While it’s true that these admixture results won’t help you build your family tree, I still think many people will find it interesting. In addition, learning about history and population movements over time is fascinating for many people.

I love to learn, and I suspect that you do, too!

One thing that you could do, if you have access to one or both of your parents’ DNA on Gedmatch is to compare your results to your mother and/or father’s results.

Other family member’s results may be of interest, too.

This would be an especially absorbing exercise if your parents have different backgrounds.

I ran the calculator on both of my parents’ kit numbers on Gedmatch. The first thing that I noticed is that my dad’s results were almost identical to mine:

We inherit 50% of our DNA from each of our parents. The DNA that they pass down to us is a random combination of their two copies of each of their chromosomes.

Since my dad’s results were identical to mine, did this mean that my mother’s would be the same, too?

In fact, my mother’s were almost identical. My parents have a similar background – does this mean that everyone with this background would show the same similarities to ancient European DNA?

I would love to hear from you if you get the chance to try this calculator out.

I hope that this post has helped you understand more about the EHG and WHG hunter-gatherer groups and how you may have ended up with this DNA in your admixture results.

If you have any questions about something that you read in this post, or if you would like to share your own WHG or EHG percentages, I would love to hear from you in the discussion below. 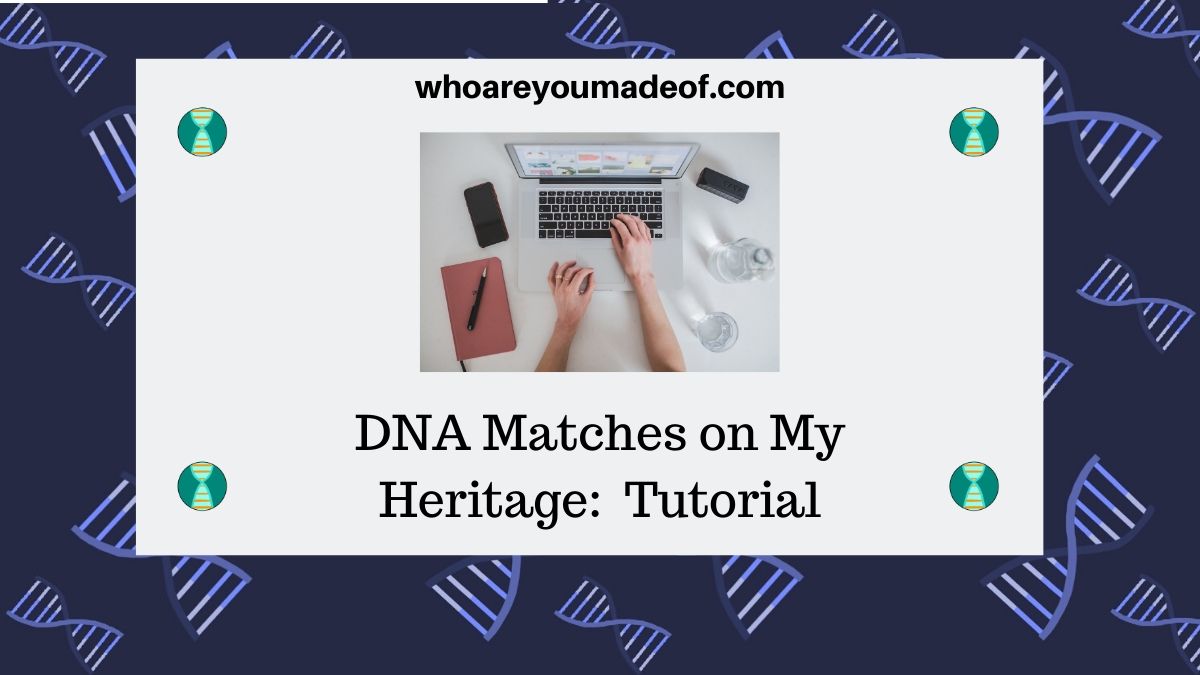 Next →
Is There a Difference Between Genealogy and Family History?
Click here to cancel reply.