If you are brand-new to genetic genealogy, this post is for you.  I’ll explain the basics of autosomal DNA, centimorgans, DNA segments, Gedcoms, and tell you what MRCA stands for.  It’s so easy to feel overwhelmed by new terminology and complicated scientific concepts.

My goal here is to break things down in a way that is easy to understand so that everyone who is interested in genetic genealogy can leverage their unique DNA to learn about their roots.

What is a chromosome?

Inside the nucleus of each of your cells are tiny structures that are sometimes described as “threads”, made up of DNA that is wound up tightly.  These are your chromosomes.

They are so small that they can’t even be described as microscopic, since they are not visible under a microscope unless a cell is dividing.

Every human – including you – has 23 pairs of chromosomes.  22 of your chromosomes are what are referred to as “numbered chromosomes”, the remaining chromosome is your sex chromosome, which determines whether or not you are male or female.

Contained within each of your 22 pairs of numbered chromosomes is your DNA.  It’s what makes you who you are, and it is what DNA testing companies use to compare you with other DNA test takers, and to determine your ethnicity estimate.

What is autosomal DNA?

Cool fact:  Scientists used to think that autosomal DNA was “junk DNA”.  Until fairly recently, they didn’t understand the wealth of information that it contains.  I’m so glad that they figured out how useful it can be!

When genes are close together on a chromosome, they will likely be recombined (for our purposes, read: inherited) together with nearby genes.  DNA testing companies have special equipment and technology that can determine the likelihood that a group of genes were inherited together with nearby genes, and how “long” this group of genes is, including start and end positions of the group genes on an individual chromosome.

Geneticists describe this genetic distance in “centimorgans”, which is often abbreviated as “cM” or “cMs”.

What is a DNA segment?

One way to describe a length of DNA (imagine that you are able to stretch out those wound-up threads and cut off a section) is a DNA segment.  In this genetic genealogy world, we describe DNA segments as having length, and use centimorgans to describe the length of the segment.

For example, we might say that I have a 15 cM DNA segment that matches a distant cousin.

DNA segments are generally discussed in relationship with how the segments match other people.  For example, I’ll have many matching DNA segments with my mother, but only one with a very distant cousin.

The longer and more numerous the shared DNA segments, the closer the relationship.  Remember how genes that are very close together are more likely to be passed down together?

They would be inherited as a DNA segment.  Throughout the generations, DNA segments get smaller, which is why you will only share a small segment with a distant cousin, but larger segments with closer relatives.

What is a DNA match?

When you have a DNA segment (made up of autosomal DNA contained within your chromosomes) that matches a DNA segment of another test taker (within the same company’s database), the software will report that you have a DNA match.  There are a few things to know about who will show up as as DNA match:

What does MRCA stand for?

When you are thinking about identifying the ancestor that you share in common with someone, you want to know the “most recent common ancestor”.  This term is often abbreviated as MRCA to save time.

You will share many ancestors with your DNA match, but you are only interested in the most recent common ancestor in order to determine your relationship to each other.

You might have a married couple as MRCAs, or just one person, who is your MRCA.

What is a Gedcom?

A Gedcom is a standardized file that contains all of your family tree information.  You can create a Gedcom in most genealogy software programs and websites.

For example, when you download your family tree from Ancestry, your tree is contained within a Gedcom file.  Most websites that accept family tree uploads will accept this very standard family tree format.

What does NPE stand for?

This is something that comes up a lot in genetic genealogy.  DNA tests often expose family secrets or new information about us or our relatives.  In genetic genealogy, a non-paternity event (NPE) is when the person who was believed to be the biological father of a person is proven to not be the father through DNA testing.

I hope that this post has helped give you the basic understanding of some of the most common terms you will encounter while doing genetic genealogy research.  If you have any questions about something that you have read here, or would like to add your own experience about learning genetic genealogy, I would love to hear from you in the comments. 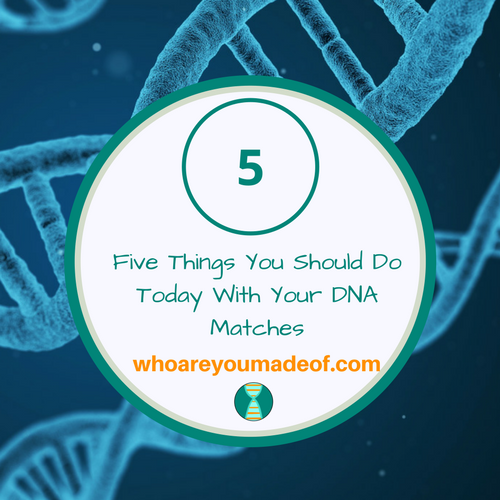 ← Previous
Five Things You Should Do Today With Your DNA Matches 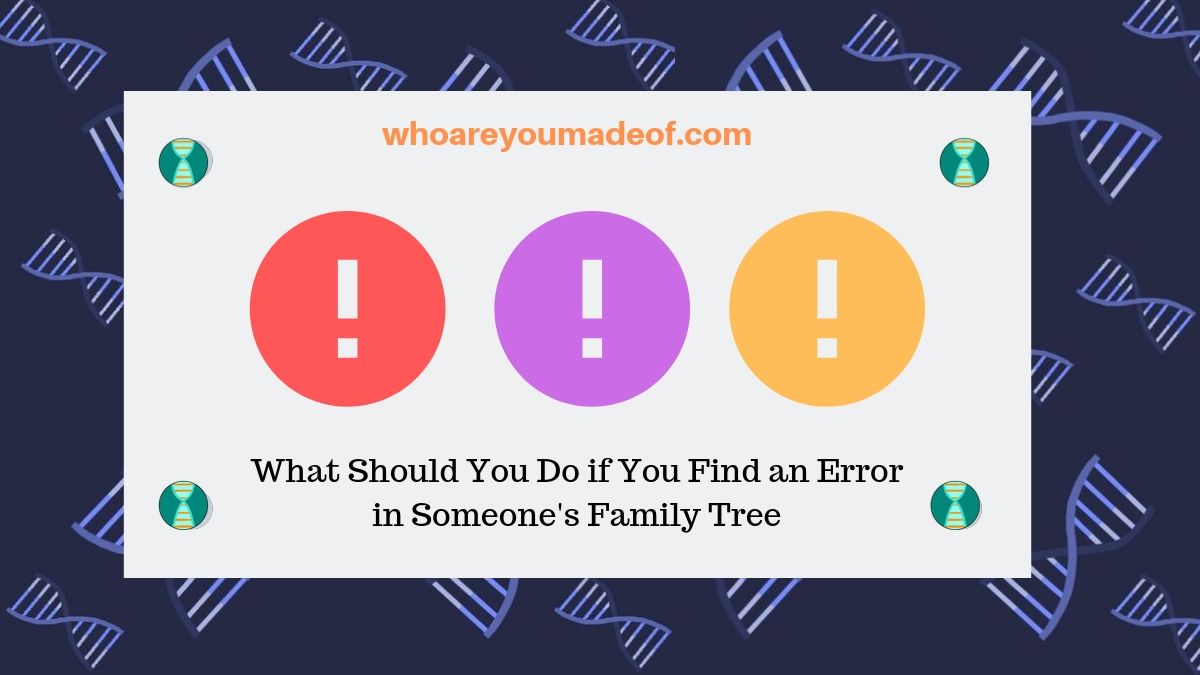 Next →
What Should You Do if You Find an Error in Someone's Family Tree
Click here to cancel reply.