Did you know that it’s possible to have a DNA match that is not really related to you?  When this happens, the DNA match is called “identical-by-state”, which means that the DNA segment that you share was not inherited from a common ancestor and instead is just coincidentally identical.

In this post, you will learn how common this is, different situations where you can spot this DNA phenomenon, and even show you a real-life example.

Before we get started with the discussion, it’s important to define the terms we’ll use.  At first, it might sound really technical, but I promise you that it isn’t.

Seriously, if I could learn this stuff, then so can you!

As I mentioned in this first paragraph of this post, identical-by-state is a DNA segment that is truly identical, but is identical only because of coincidence.  The term identical-by-descent is commonly abbreviated using the acronym “IBD”, and since “identical-by-state” is tedious to type, I’ll use IBS from now on in this post.

What are the chances that a shared DNA segment is identical-by-state?

The easy answer is that the smaller the identical segment is, the bigger the chance that it is just IBS and not indicative of a common ancestor.  This doesn’t mean that all small segments are false (IBS), or that all large segments are legitimate (IBD), however.

It should also be noted that sometimes small false matching segments are the result of testing irregularities, software errors, and other reasons.

Generally speaking, DNA segments under 6 centimorgans (cMs) are almost guaranteed to be IBS.  This means that a segment of 6 cMs or less has only about a 1% chance of being a legitimate match.

In other words, the larger the segment, the higher the probability that you and your DNA match both inherited this segment directly from the ancestor that you share in common.

Very large segments, like those that are longer than 45 cMs have an almost statistically insignificant chance of being IBS, which means that it is basically guaranteed that you share a common ancestor.  Of course, this still leaves the very important question of how far back your common ancestor is, but that’s a question for a different post.

One other great thing about these long segments, and the fact that they are so reliably identical-by-descent, is that the common ancestor is not very many generations removed.

The murky part of genetic genealogy is knowing whether or not those “mid-sized” segments are IBS or IBD.  For segments that are between 16-45 cMs, the common wisdom says that there is about a 50% chance that the segment is IBS.

Personally, I take some issue with this very high number, and feel confident telling that you that, in general, you can feel that trying to find your connection between a match with whom you share 16-45 cMs is most definitely not a waste of time.

Example of an identical-by-state DNA segment

The image below is a graphic that I prepared for the purpose of demonstrating how small DNA segments can be, and usually are, IBS.  For this example, I am comparing my DNA with that of one of my mother’s cousins.

We actually don’t know the relationship yet, but there is significant other evidence that the 31.5 cM segment that my mother shares with the cousin is IBD and not IBS.

Based on the assumption that my mother is actually related to this cousin, and wondering if I inherited a very small segment from my mom that matches this cousin, I decided to lower the threshold on Gedmatch to 4.0 cMs to see if we shared a tiny segment.

When I ran the test, it showed me that I shared 4.8 cMs of DNA with my mother’s cousin.  The strange thing is that my mother matches this cousin only on chromosome 6, but the DNA segment that I “share” with him is on chromosome 16.

I decided to check to see if my dad matches this cousin, just out of pure curiosity.  I know that my dad has some distant ancestry in the same region, and, as we know so well, anything is possible.

The thing is, my dad didn’t match this cousin at all.

The conclusion that I draw is that this 4.8 cM segment is IBS and does NOT indicate that I have inherited any DNA from my parents that is from a common ancestor shared with this particular cousin.  I know that I am related to this cousin in a genealogical sense, even though I don’t know how, but this particular DNA segment is not going to lead me to any legitimate connection.

Since I’m a super curious person, I wanted to know what would happen if I lowered the threshold even further, so I lowered it to 2.0.  To my surprise, there is a very small segment (3.0 cMs) at the exact location on the chromosome where my mom matches this cousin.

Further analysis is needed, but it seems very likely that this could be one of those very tiny IBD segments.  The rest of the segments, including the 4.8 cM on chromosome 16 are all IBS segments.

Is there a way to eliminate identical-by-state matches from my DNA match list?

What if I told you that there is a way to basically get rid of all of the IBS segments from your match list?  The process is called phasing, which you can do on Gedmatch, and in order to do it, you will need to have access to at least one of your parents’ DNA results.

If you have both of your parents’ DNA files, it is much better.

What’s that?  Did you just say that you haven’t had either of your parents do a DNA test?  The benefits of doing so are huge, if you can manage to do it.

An easy way to “phase” your matches on Ancestry DNA, or on Family Tree DNA, if one or both of your parents have tested there is by using the “Mother” or “Father” tab that should appear on your DNA match list:

If you have tested with Family Tree DNA, you can actually “phase” your matches there, too, as long as one or both of your parents have tested.  You will use the “= in common with” search filter after selecting one of your parents.

Pro tip: If your parents haven’t done DNA tests, but a close relative (like grandparent, aunt/uncle, half-sibling, first cousin) has, you can use Shared Matches (on Ancestry) or Relatives in Common (on 23andMe) to do your own “phasing”.

It will then only display matches that you have in common with that particular parent, meaning that the DNA segments you share with all of the displayed matches were inherited (IBD) and are not IBS:

I hope this post gave you a better understanding of what an identical-by-state DNA segment is, how common they are, and how you can eliminate them from your DNA match list.

If you have any questions about anything that you have read here, or would like to share your experience with a DNA segment that was IBS, please feel free to share it in the comments.  We all learn from the experiences of others, so I hope to hear from you. 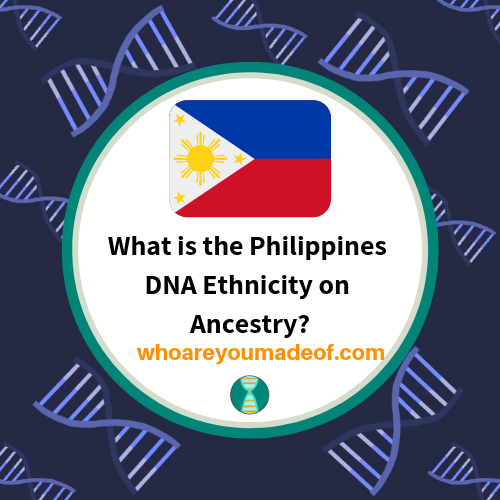 ← Previous
What is the Philippines DNA Ethnicity on Ancestry? 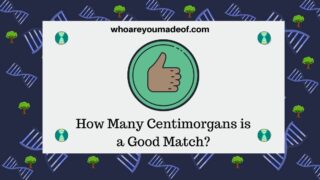 Next →
How Many Centimorgans is a Good Match?
Click here to cancel reply.

Thank you so much, Yolanda!

I have learnt basic concepts of IBS in terms of DNA segment from your post. However, my knowledge about DNA is limited, and I have read in Statistical Genetics literature (An introduction to Genetic Statistics by Kempthorne,O., 1969) in the context of inbreeding coefficient about IBS which is the chance that two alleles are identical by state. I understand allele is a particular form of a gene and there are various genes located at various position over the chromosome. Could you help to understand the latter concept of IBS with the concept of IBS segment similarity with mother's cousin described in the post. It will help if you could guide me the basic concepts of DNA needed for understanding by providing literature/notes useful for beginners like me.