Which DNA Test is Best for Jewish Ancestry?

Do you think that you might have Jewish roots based on your Eastern European, German, or Iberian ancestry?  If so, you might be interested in learning whether this ancestry can be detected by a genealogical DNA test.

Plus, which DNA test is best for Jewish ancestry? In this post, you will learn the answer to these questions.

I first became interested in DNA testing for genealogy in order to investigate possible Native American ancestry on my dad’s side of the family, and of course, I was excited about what else I might learn about my family’s past.

At the time I did my first test, I didn’t know that Jewish ancestry could show up on a DNA test.  On my mom’s side of the family, there were rumors that my maternal grandmother was descended from Jewish immigrants from Germany or Poland, but we really didn’t know any more details.

Can Jewish ancestry show up on a DNA test?

As it turns out, many of the DNA tests being sold in the US today do report Jewish ancestry on the ethnicity estimate provided to test takers.  If you have Jewish ancestors within the past 5-7 generations, there is a very good chance that you inherited some of their DNA and that your DNA test will show this Jewish ancestry on your results.

If you think you have Jewish ancestry even further back, there is still a possibility that at least a small amount of that ancestry is still present in your DNA and can be shown on your ethnicity report.

How is it possible for DNA tests to isolate Jewish ancestry?

The history of the Jews is very complicated, and you probably didn’t come here expecting to learn history, so I will try to make it brief.  There are several distinct communities of Jews around the world, and the largest group of Jews are called “Ashkenazi Jews”.

This is the group that people also call “European Jews”, and they are descended from groups of Jews who gradually migrated out of the Middle East into southern, central, and eastern Europe. The exact trajectory of their migration is disputed, since there are conflicting theories.

The Ashkenazi Jews had a very different culture, language and religion than the people who lived in the lands where they settled, and they tended to remain relatively isolated from their communities.  Sometimes, this isolation was voluntary, as the Jews desired to maintain their faith and culture.

More commonly, European Jews were the targets of discrimination and violence, which resulted in even more isolation.  This cycle of isolation also produced genetic isolation, meaning it was uncommon for Jews to marry outside their Jewish community.

Most Jewish communities around the world have historically lived in similar genetic isolation.  For those of us taking genealogical DNA tests in the 21st century, this genetic isolation that our ancestors experienced means that we can often find Jewish ancestry in our ethnicity results just by taking a swab or saliva test.

Which DNA Test is Best for Jewish Ancestry?

All the major DNA testing companies will show whether you have European Jewish DNA, but there is one company in particular that seems to have a more comprehensive approach to finding Jewish ancestry:  My Heritage DNA.

I initially did my DNA test with Ancestry DNA, and a small amount of European Jewish showed up on my results.  I then did a test with My Heritage DNA, and this percentage was significantly higher.

During the analysis of my own results, I saw that My Heritage DNA tests for genetic similarities with several different communities of Jews around the world – not just European Jews.  My test with Ancestry was a great experience, but for finding Jewish ancestry, there is no question that My Heritage DNA is the better choice.

My Heritage DNA will tell you if you have genetic similarities to the following Jewish communities:

If you are descended from people who migrated from areas where these Jewish communities lived, My Heritage DNA is the best way to get a more detailed analysis of whether or not your DNA is similar to members of these Jewish groups.

This extra focus on Middle Eastern ethnicities and Jewish ancestry could possibly be because the company was founded in Israel.  In fact, its headquarters are still located there.  They have two offices in the United States, as well.

One of the things that I also really like about My Heritage DNA is the international focus. Their website is available in more than a dozen languages, and they have users all over the world.

Half of my great-great grandparents (8 out of 16) were born in four different countries.  This can make family tree research complicated, and finding DNA matches even more complicated.

I need to have access to as many international records and testers as possible, and My Heritage DNA is great for this.

What if I already did a DNA test and it showed no Jewish?

If you have already done a DNA test and it showed no Jewish ancestry, even though you were expecting to find it, there are a few reasons that this happens and I have a couple of suggestions. The first thing you must know is that if your “100%” Jewish ancestor was more than 5 or so generations back, it’s possible to have inherited no DNA from that particular ancestor.

Our genome isn’t big enough to share DNA with all of our ancestors, since we literally have over a thousand direct ancestors going back nine generations.  If no Jewish DNA showed up in your results, this means that either you had no Jewish ancestors, or that your “100%” Jewish ancestor was so far back that the DNA did not get passed down to you.

Don’t worry, however, because you still have options.  If you tested with Ancestry DNA, 23 and Me, or Family Tree DNA, you can still download your DNA and upload it to My Heritage for free to get a “second opinion” about your ethnicity, and specifically, your Jewish ancestry.

You can also upload your DNA to Gedmatch or Gedmatch Genesis to view the admixture calculators there.  And of course, if your paper family tree research has led you to Jewish ancestry, this means much more than your DNA test results.

Many of the rumors about my grandmother’s suspected Jewish ancestry were based on nothing more than her  physical appearance, and that of her father, who I never met.  Anyone with experience in genetic genealogy knows that one shouldn’t base any conclusions or research simply based on any characteristic of someone’s outward appearance.

My mother’s DNA did show European Jewish, but it turns out that I inherited my Ashkenazi Jewish roots from my father!  It’s amazing what DNA testing can teach you.

I hope that this post helped you learn how genealogical DNA tests can tell you whether you have Jewish ancestry, and which test is best for this purpose.

If you have any questions, comments, or want to share your own personal experience, please feel free to leave your message in the comments. 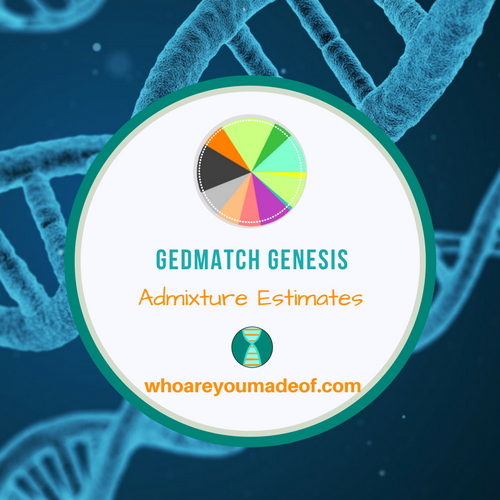 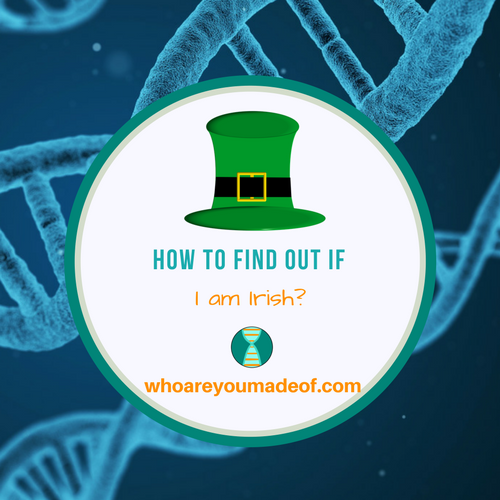 Next →
How to Find Out if I am Irish?
Click here to cancel reply.

Thank you for writing your art. Your explanations really answered questions I had. I have quite a mixture in my DNA and European Jewish showed in a small percentage so I had many questions. My family and I moved to the a United States when I was young so I don’t have grandparents to ask all the questions I have about their parents and grandparens.That is why I did Ancestry DNA to better understand my roots. I know where I was born but I also know that the people populating my birth place (Cuba) have only been there maybe 200-300 years. Thanks again!