What is the MDLP Project on Gedmatch?

The MDLP Project on Gedmatch is a free calculator that can provide additional insight into your ancestry by giving you an admixture, or ethnicity, estimate. In this post, learn the basics about this tool and how to learn more about it.

The MDLP tool is one of my favorite calculators on Gedmatch. Below, I’ll explain what MDLP actually stands for, as well as:

Let’s get started, shall we?

What does MDLP stand for?

Fun fact: Latin was one of the languages spoken within the Grand Duchy, but it was primarily used for diplomatic and legal situations.

The territory that the Grand Duchy of Lithuania covered much of what we now call Belarus, Latvia, Lithuania, Moldova, Russia, and the Ukraine. At its most powerful point, it was the largest country in Europe.

Even though the title of the project includes what we generally call Baltic or Eastern European countries, those with ancestry in other regions still find the calculator useful.

It should be noted that the MDLP on Gedmatch is fairly old, and we have seen incredible developments in estimating ancestry or ethnicity since the project’s beginnings. However, this project, made available to Gedmatch in 2012, still finds itself interesting and useful today.

Which MDLP calculator should you use?

The MDLP project calculator that is best for you will depend on exactly what you are hoping to learn from using the calculator.

I would recommend using all five calculator models just for fun. It’s an educational experience, and you never know what insights into your roots you might gain.

While you are at it, you might consider checking out some of the other Gedmatch Admixture calculators. Each project has a different focus, and so we can learn something slightly different from each one.

There are five different admixture, or “ethnicity”, calculators available on Gedmatch. You can find these calculators by visiting the Gedmatch Admixture (heritage) tool, choosing the MDLP Project, and then choosing the calculator model you would like to use on the next screen.

The image below shows the options available on the drop-down menu, which you can once you have entered your kit number:

The calculators available are:

What is the difference between the MDLP calculator models?

What do the names of the geographic regions mean on the MDLP Project?

Some of the Gedmatch admixture calculators use names for regions of the world that many of us are not familiar with. The best thing to do is consult any documentation written by the authors of the project in order to learn how they intended the regions to be interpreted.

We can get a general idea about which parts of the world the results correspond with by reading the following two blog posts published by the project’s authors:

Here’s a quick trick: If you want to search the authors’ blog for the name of a particular region to see what they’ve written about it, type this into Google, along with the name of the region:

For example, if I want to find everything on their blog that relates to the Indo-Iranian region, I would type this into the Google search bar:

I found the region mentioned in five separate articles on their blog.

When you can’t find anything specific about a particular region written by the project authors, a quick internet search often provides basic information that can help us understand more about the region listed on the MDLP results.

How to learn technical details about the MDLP Project

The authors of the MDLP Project have a blog where they have published several dozen blog articles about the research that went into the MDLP calculators, as well as how the project was developed.

You can visit the blog here: Magnus Ducatus Lituaniae Project

For those who love the science and math behind the curtain, I highly recommend checking out their blog site. While it appears that it has been several years since the authors have written new articles on the topic, the website is still available for readers to learn more about the MDLP calculators.

I hope that this post has helped you learn more about the MDLP Project, as well as what you might be able to learn about your DNA from its use on Gedmatch.

If you have any questions about this calculator, or about your results from the different models, I would be very interested in hearing from you in the discussion below. 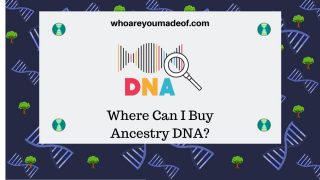 ← Previous
Where Can I Buy Ancestry DNA? 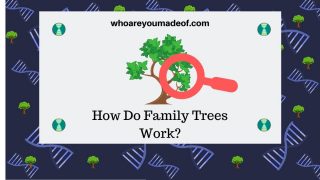 Next →
How Do Family Trees Work?
Click here to cancel reply.