Are You a Descendant of Charlemagne?

Have you recently discovered that you might be a descendant of Charlemagne? Is there a way to find out for sure? Find out in this post!

In addition, you will also discover:

I was inspired to write this post because I have seen quite a few family trees on the internet that claim to have traced a line all the way back to Charlemagne, also called Charles I, who died in 814. How likely is it that any given person is descended from Charlemagne, and would they really be able to document a line of their tree back 1200 years?

To explore the idea of whether you, or anyone else, might be descended from Charlemagne, we must start at the obvious point: his offspring. Charlemagne was a very powerful ruler, who at one point ruled over almost all of Western and Central Europe.

This left him in an advantageous position for procreation. Over the course of his lifetime, he had a total of ten known wives and concubines.

How many children did Charlemagne have?

Charlemagne had at least eighteen children born to nine of the ten women with which he was known to be associated, whether through marriage or concubinage. Even though he had so many children, not all of them went on to have families of their own.

With eighteen children, you might imagine that Charlemagne ended up with an impressive number of grandchildren. Since Charlemagne’s children lived a very long time ago, we do not have full details about their relationships and children that they might have had.

How many direct descendants does Charlemagne have?

It is likely that everyone that had ancestors who were in Western Europe around the 9th century is descended from Charlemagne, or more than a billion people worldwide. This includes everyone living in Western Europe with ancestry from the region, as well as members of the European diaspora who live in Africa, Asia, as well as North and South America.

And no, you don’t have to have known royal or noble ancestors to imagine that you, too, are descended from Charlemagne.

Even if someone only has a small percentage of European heritage relative to their total ancestry, if their European ancestors were in Europe a thousand years ago, they are probably descended from Charlemagne.

Of course, what this means is that it is true that a great number of people are indeed descended from Charlemagne, one of the most famous rules in European history. However, it also means that it isn’t really very notable to be his descendant because, well, there are just so many of us!

Why are all Europeans are descended from Charlemagne?

The reason that we can be quite sure that most, if not all, Europeans are descended from Charlemagne is because of math and the population of Europe at the time of Charlemagne’s life. To put it simply, there were not enough people alive in the year 800 to fill in all of the spots on our family tree with different people, which means that we must be descended from most of them.

We all know how family trees work, of course. Everyone has two biological parents, four grandparents, and eight great-grandparents.

Basically, the number of ancestors gets doubled each generation. By the time we get back to great-great-great-great grandparents, we will probably find that we all have 64 different ancestors in those spots on our tree.

For most of us, it goes like this for a number of generations, with different people occupying each spot in our family tree.

When it comes to going back as far as Charlemagne’s time, which was 1200 years ago, things get a little tricky. If we estimate that there are about 20 generations in 500 years, we realize that we must keep doubling the number of ancestors more than 40 times!

If we do that, we will find that we will have 500 billion spots to fill on our family tree. The estimated population of Europe at the time of Charlemagne’s live in the year 800 was less than 40 million, and perhaps as low as 20-30 million.

In short, there weren’t enough people alive in Europe, or even all over the world, 1200 years ago to fill the one billion places on your family tree. This means that you simply must be descended from almost all of them, including Charlemagne, multiple times.

Is Queen Elizabeth descended from Charlemagne?

Genealogy and heraldry are crucial to those who are members of any royal family, and the same is true for the current royal family of the United Kingdom. The ancestry of Queen Elizabeth II has been well-documented, and thus shows her being descended from Charlemagne, possibly even more than once.

Does this mean that everyone who is descended from Charlemagne is also a cousin of Queen Elizabeth? Well, technically, yes.

However, the exact nature of the genealogical relationship to Her Majesty would prove to very distant. For example, if Charlemagne is the most recent common ancestor shared with her, then we might all be her 45th cousins – give or take.

I don’t think that we will be getting an invite to the next royal engagement. After all, there are perhaps a billion of us.

Is it possible to prove you are descended from Charlemagne?

Knowing that one is probably descended from Charlemagne is different than being able to prove it. Only some people will actually be able to document a family line going back to Charlemagne with reliable research; most connections will be dubious.

The easiest way to acquire documentation about a connection to one of Charlemagne’s family lines is to research your family tree until you locate a connection to nobility or royalty.

As I mentioned before, family trees are important to those folks, and so if you are able to find documentation that brings you back to a member of the royal family, you are likely to be able to discover a legitimate connection to Charlemagne through historical research.

Since Charlemagne had so many children, and possibly even children we don’t know about, and certainly grandchildren that we are unaware of, it is possible that a great many of Charlemagne’s descendants will be unable to acquire documentation that would count as “proof” of a relationship to him.

I hope that you enjoyed this post and that you learned everything that you wanted to know about potentially being descended from Charlemagne, and how you could go about researching this question.

If you have any questions about something that you have read in this post, please join us in the comments. 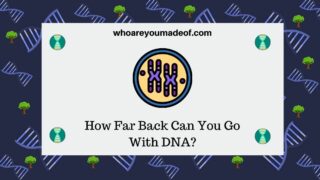 ← Previous
How Far Back Can You Go With DNA? 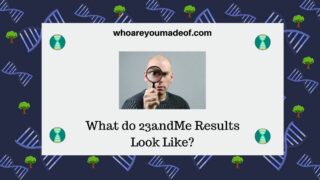 I'm related to all of them. Queen Elizabeth II is my 9th Cousin 1 time removed.

I am 77 years old, but recently discovered my birth mother through a DNA match with a first cousin once removed! I have since traced her lineage back to William the Conqueror and beyond to Rollo the Viking, 1st Duke of Normandie, and still beyond to Olaf "The Woodcutter" born circa 684! Move over Aunty Liz!!

What or how can I find reliable Genealogy Research to find out if I am related to Charlemagne Sir Robert Overton was a Member of Parliament and a Noble and a General born mid 1600s and a de OVERTON, Name first recorded by the 800s!