Why Are My Ancestry and 23andMe Results Different?

If you tested your DNA with both Ancestry and 23andMe, you might be asking why your results are different, and which are most accurate. In this post, find the answer.

I’ll even walk you through a side-by-side comparison of Ancestry vs. 23andMe results so you can judge for yourself, once you have seen the explanation behind the differences, as well as similarities.

Many people find themselves taking a DNA test with more than one company to find more DNA matches, or to learn more about where their ancestors might have lived. Since Ancestry DNA and 23andMe are the most popular DNA testing companies, these are the two companies that people most often compare.

Interestingly, many people actually want to discover something different in their results through their new test. When we do, we wonder why the other company didn’t report it in on our results.

There are several explanations that will help you learn why your 23andMe results don’t look exactly like the ones you got from Ancestry. Plus, you’ll discover ways in which your results really aren’t as different as they appear at first glance.

Why your Ancestry and 23andMe results are different

There are three main reasons why your 23andMe and Ancestry DNA results appear to be different. In short, the differences come down to choice of words used to describe a region, geography, and the science behind the testing.

Both 23andMe and Ancestry define their regions differently

First, each company defines the geographic regions that they show on results differently. This means that they might group countries into larger regions, or have a region that covers only a portion of one country.

For example, on 23andMe, Italy is covered under Southern European. On Ancestry, Northern Italy has its own region.

This means that if you have ancestry in Northern Italy, you might have gotten Broadly Southern European on 23andMe and Northern Italy on Ancestry. It wouldn’t make either result necessarily more correct – they are just different.

Each DNA testing company might use a different name for the same, or similar, region. With almost every region in the world we can see differences between the countries included.

If we take a look at the maps and lists of countries that each company provides with their results, we see that North Africa on 23andMe includes Libya, Tunisia, Morocco, and Algeria. On Ancestry DNA, the North Africa region includes all of those countries as well as Niger, Mauritania, and Western Sahara.

Finally, the reference panels used by Ancestry DNA and 23andMe to determine your ethnicity, or ancestry, contain different DNA samples.

Even though both companies go to great lengths to ensure that the data that their ethnicity estimates are based on are as accurate as possible, there will be differences in their coverage of all of the world’s regions.

Despite this fact, we should not see major differences between results due to different in underlying data. For example, we could expect a neighboring region with a similar genetic history to show up instead of what we might expect.

It is unlikely that a difference in reference DNA samples would lead to someone showing a high percentage of DNA matching an entirely different continent in error, however.

Comparison of Ancestry and 23andMe results

Below, find a comparison of the 23andMe and Ancestry DNA results belonging to the same DNA tester. Overall, the results appear very similar.

Take a look for yourself:

The biggest difference that I see in the results above is that Ancestry DNA detected more Scandianvian DNA (Norway, Sweden) and reported a total of 6%. 23andMe detected only .9% DNA from this region.

Is Ancestry or 23andMe more accurate?

Both Ancestry DNA and 23andMe offer an excellent, high-quality DNA test. There are advantages to the results of both companies, and each company offers a little something extra that the other does not.

It is important to know that our DNA results will rarely exactly match our family trees. This is key because when we are evaluating how accurate our DNA results are, we should know what the test really measures.

The truth is that we don’t inherit DNA from all of our ancestors. Parents only pass down 50% of their DNA to their children, which means that after several generations, DNA from distant ancestors might no longer be detectable in someone’s genome.

In addition, our ancestors likely inherited DNA from neighboring regions due to their ancestors’ migrations. Our ancestors were a lot like us, in other words, and were sometimes more genetically diverse than we might imagine.

This is the most common reason that a “surprise” region shows up on someone’s results. We might know a lot about our family tree, but we don’t know everything, and in a sense, that’s what makes genealogy and DNA testing so interesting.

DNA results from either Ancestry DNA or 23andMe will provide you an accurate view into where the ancestors from whom you inherited DNA likely lived.

I hope that you have learned more about how to understand your 23andMe or Ancestry results as compared to your results from the other company. As it turns out, they aren’t really all that different, and most of the seemingly major differences have easy explanations.

If you have any question about something that you read in this post, or if you would like to share an interesting difference that you noticed in your own results, I would love to hear from you in the discussion below. 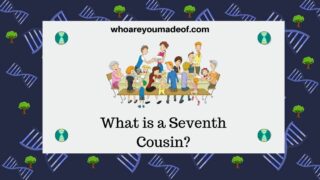 ← Previous
What is a Seventh Cousin? 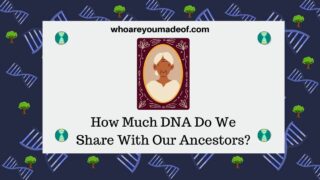