What is the Norway DNA Ethnicity on Ancestry

Did you get the Norway DNA ethnicity in your Ancestry DNA results?  If you did, you are likely among the more than five million people living in North America that are part of the Norwegian diaspora.

Whether or not you were expecting to find Norway in your DNA results, or it came as a surprise, you’ll learn something new about the Norway DNA ethnicity on Ancestry.

We can learn a great deal from our ethnicity estimates, and I hope that this post puts you on the right track to discovering all that your DNA results can help you learn about your family’s unique ancestry.

Where is the Norway DNA ethnicity region on Ancestry located?

The Norway DNA region covers most of Norway and parts of Sweden and Denmark.  The map below shows the approximate area of the Norway DNA ethnicity region as described by Ancestry DNA:

So What is Norwegian DNA?

The genetic makeup of Scandinavian countries, including people who are native to the Norway ethnicity region on Ancestry, find their genetic foundation in two main early migrations to the area.  The first founding migration was comprised of tribes of Germanic peoples who were able to settle the area as the ice receded to show inhabitable land.

The second main migration, which was relatively recently discovered, was from groups of people coming into the region from the Northeast, conceivable because migration was made possible by the melting of the ice from the last ice ages.

Even though these two groups made up the basis for the foundation of the majority of Scandinavian peoples, later migrations from other parts of Europe.  This means that most Scandinavians would share little in common genetically with these original inhabitants.

How far back is my 100% Norwegian ancestor?

One of the most common questions that I see in relation to ethnicity estimates is “how far back” should someone look in their tree to find their ancestor that was 100% from a particular ethnicity region.  It’s completely understandable that you would want to know how far back your Norwegian ancestor was.

People who find a surprisingly large amount of Norway DNA in their ethnicity estimate might also be concerned that their family tree is incorrect.

While this “rule of thumb” does work sometimes, other times it can lead us to confusion and doubt about the accuracy of what we have been told about our ancestry.

For example, I have 10% Norway DNA.  Based on the rule of thumb, this would mean that one of my great-great grandparents would have been 100% from Norway.

Based on my years of family tree research combined with DNA research, I know that none of my great-great grandparents were Norwegian or had Norwegian parents.

Additionally, both of my parents have done DNA tests and they both have a certain amount of Norway DNA in their ethnicity estimates.  Basically, I inherited half of both of my parent’s Norwegian DNA.

When two people pass down their DNA to a child, they pass down a random 50% of their DNA.  Some of their DNA remains behind, lost to history.  Because of the randomness of the way that DNA is inherited, this means that all, some, or none of a particular region gets passed down.

When you look at your ethnicity estimate, take these three tips into account:

How did I get Norwegian in my DNA Results?

For example, my great-great parents were from Holland, born in the late 1800s.  During the 1700-1800s, almost 100,000 people moved from Norway to what is now The Netherlands in search of better economic opportunities.

Is this where my Norwegian DNA came into my line?

While there are many different waves of migrations and specific circumstances that could have led us to inherit Norwegian DNA, the reasons below are some of the largest.

More than 4.5 million people from the United States can trace their roots to Norwegian immigrants.  Including immigrants from the other Scandinavian countries, this number jumps to almost 7.5 million individuals.  It’s likely this number is even higher, since not everyone is familiar with their ancestral roots.

There are more than 1 million people in Canada who are descended from Scandinavian immigrants, all of them from Norway or the other countries within the ethnicity region.  The major waves of immigration from this area to Canada occurred between 1880-1930.

Note:  There is little evidence that the oldest known Norwegian exploration of North America over 1000 years ago (primarily in Eastern Canada) left much genetic imprint, if any.

Can I Trace My Norwegian Ancestry?

If you are like me and are interested in family tree history and genealogy, you might be interested in finding out exactly how you inherited your Norwegian DNA.  If you want to find out how you got the Norway DNA ethnicity in your results, you will need to start working on a family tree.

If you’ve never made a family tree before, don’t worry – it’s very easy to get started!

Once you’ve chosen the website that you would like to use to build your family tree (I recommend Ancestry – learn more here), you should follow these basic steps:

There are some important details that you need to know about tracing your family tree using Norwegian records. Every country has a different history and culture, and so there are research tips specific to each location that will come in handy when building a tree.

Spellings of given (first) names can vary depending on who wrote the name down (i.e. Peter, Pedar, various other variations of the name)

Historically, Norweigan surnames were based on father’s first name

People with the same last name are not always related.  Before 1925, children were given a surname that is based on the given name of the father.  For example, using our “Peter” example, we will know that his daughter would have been named Petersdatter.  If we find two people with the name Petersdatter, the only things that we know for sure is that they both had a father named Peter (or Peder, or Petter, etc).

Names were “frozen” in 1925 when a law was passed that required permanent names that could be passed down to descendants – meaning, names would no longer vary whether they were passed down to a son or daughter, or change when someone moved to a different farm.

This is interesting to know because if we have ancestors that were born around this time (or a little before) it can give us clues as to who their fathers were and where they might have lived (because of the farm name, if we know it)

Just like for the United States, Norwegian census and church records are available online and will be very helpful in tracing your Norwegian roots

If you feel sure that your Norwegian DNA comes via your Danish and Swedish ancestors, then you will likely have to trace your family tree back to those countries first. It might prove more challenging to find the exact Norwegian ancestors that contributed to your genetic makeup.

The main reason for this is because it might be so long ago that reliable records might be difficult to find or non-existent.

Even so, building your family tree using the basic tips and strategies that I mention above will be a helpful exercise.  You will learn a lot about your ancestors, and you never know what you might discover.

I hope that this post has helped you understand more about the Norway DNA region on ancestry, how you may have inherited this region, and how to go about figuring out who your Norwegian ancestors were.

If you have any questions about something that you read in this post or would like to share your own experience finding Norwegian DNA in your results, I would love to hear from you in the discussion below. 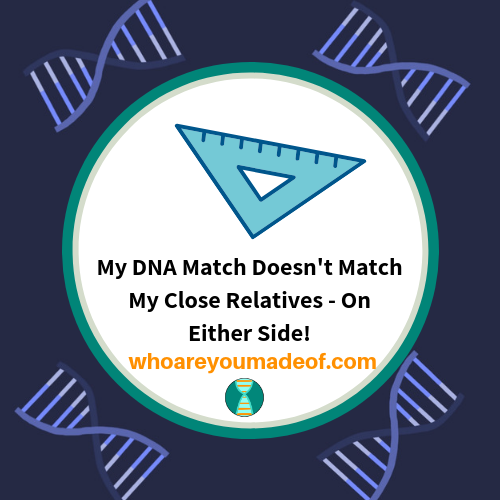 ← Previous
How Can I Have a DNA Match That Doesn't Match My Close Relatives on Either Side of My Family?

Next →
What is the Ireland and Scotland DNA Ethnicity on Ancestry?
Click here to cancel reply.

This explains alot. Thank you. The closest Scandinavian ancestry I have, is centuries away, through my great-great grandmother, who was a Nye. Her ancestors came from England, by were originally, many generations ago were from Denmark and Sweden, where the first known Nye ( Newcomer) came from Sjelland.

I also have some Hanson's ( the mother of William Bradford, Alice), but her family seems to have come from England back as far as the 13th Century.

I also have alot of Viking history, and for all I know, my Dad's family in Northwest France could have been Fennoscandian. I have very conflicting amounts of Scandinavian ancestry, depending on who did the estimate on my raw DNA. With Ancestry, it is 4%. With My Heritage, it is 7.5% and with GenMatch, it is 4.99. still very close.