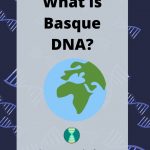 Did you get Basque on your DNA results? Are you just interested in learning more about the genetics of the Basque region? In this post, we’ll explore the origins of Basque DNA.

By the end of this article, you’ll understand a little bit more about your Basque roots.

Where is the Basque region located?

Located in Southeast Europe, the the Pyrenees mountain range is home to the Basque region. The Basque region covers parts of Spain and France, as this area has historically been part of their indigenous territory.

The Basque region in Spain

The Basque region of Spain is comprised of three provinces: Álava, Biscay, and Gipuzkoa. Together, these three provinces form the Basque Autonomous Community, a legal designation allowing the Basque people to retain their Basque nationality and form a semi-autonomous government.

It’s important to note that the Basque region has grown increasingly diverse over the centuries. This means that not everyone who lives there considers themselves to be Basque.

Additionally, there are neighboring provinces surrounding the officially designated Basque region, such as Navarre, where many Basque people live. When searching for your Basque ancestors, it’s good to keep this in mind.

The Basque region in France

The Basque people in France have been gaining recognition and independence. For example, in 2017 the Basque region was desginated as a “Communauté d’agglomération“, which granted it more autonomy than under its previous organization.

What are the genetic origins of the Basque people?

Humans have been living the Basque region for more than 150,000 years, as evidenced by the discovery and DNA analysis of ancient human remains in the area. We also know that Neanderthals lived in the greater region along with humans, though they did seem to disappear about 45,000 years ago.

The origins of the Basque people have been the subject of significant debate. With the development of DNA testing, many researchers have come to agree that the Basque people are descended from Neolithic farmers.

These farmers were able to thrive in the rugged Basque region of the Pyrenees mountains.

Interesting fact: Euskara, the Basque language spoken by at least 750,000 people, is the oldest language in the western part of Europe. Sadly, the language has lost more than half of its territory in the past two hundred years.

Why are the Basque people so genetically unique?

Since the ancient Basque region is located in the Pyrenees mountains, they were relatively genetically isolated over the course of thousands of years. The Basque people were fiercely independent, and were able to prevent domination by outside influences for most of ancient and modern history.

For example, the Basques were able to prevent the expansion of the powerful Roman Empire into Basque territory.

Sadly, the Basque region began to lose its independence. Beginning in the 1830s, the Spanish government outlawed Basque governmental entities. Under the Franco regime, the Basque people suffered greatly.

It has only been over the past few decades that the Basque have been able to regain some semblance of their previous independence.

The genetic isolation that the Basque region experienced for so many centuries makes it relatively easy for modern DNA tests to distinguish Basque DNA from the neighboring regions of Spain or France. You can see exactly how Basque DNA shows up on a DNA test in the section of this post below.

How does Basque show up on DNA results?

When my adult daughter got her DNA results back, we were not surprised to see a small percentage of Basque on her Ancestry ethnicity estimate. Even though we weren’t surprised, we became very interested in learning more about this fascinating region.

Below, you can see how this showed up on her results:

My daughter’s father was born in Mexico to parents with Native American (Indigenous Americas), African, Jewish, and European heritage. Because of her father’s DNA connection with Spain, we know that it is very likely that her Basque DNA was inherited from a distant Spanish ancestor.

There are lots of Mexicans with Basque heritage, as it turns out!

If you have a connection to France or Spain, even through a third country like Mexico, like my daughter does, this could be how you inherited your own Basque DNA.

Do you want to do a DNA test to find out if you have Basque DNA?

My daughter did her test with Ancestry DNA, which is the test that I recommend for Basque DNA results. Ancestry also has the best database for finding lots of DNA matches which can help you build your family tree and trace your Basque roots.

We still have not been able to identify her Basque ancestor (or ancestors!), but her DNA results have revealed extensive information about her family tree.

I hope that this post has helped you understand more about your Basque heritage. If you have any questions about something that you read in this post, or if you would like to discuss your own Basque DNA, I would love to hear from you in the discussion below.