What are those numbers next to the ethnicities on Ancestry DNA?

If you are exploring your ethnicity results on Ancestry DNA, you might wonder what those little numbers are next to all of the ethnicities on their list.  In this post, I’ll explain to you what those numbers mean, and how to know which ones apply to you and your ethnicities.

Which numbers am I talking about?  Take a peek at the image below.  I’ll tell you what those numbers mean, and what it means when the circle next to the region is colored or grey.

What do the numbers next to the regions mean?

When you click on “See all 150+ regions”, a new list will appear.  This is how you access the list above.  In this list, you will see all of the regions around the world that Ancestry tests for.  In some of the regions, you will actually see little numbers in black to the right.   These are the number of subregions that are also tested for.  This number is not a percentage, and it does not necessarily mean that you show any DNA ethnicity from that region.

This is different than the percentages that appear next to the ethnicities that show on your ethnicity report – take a peek at the image below, where the percent sign is showing – indicating that the test taker shows those specific percentages of ethnicity from those regions in their DNA:

What do the colored dots mean next to the ethnicity on Ancestry DNA?

If there is a colored dot next to the ethnicity on the list of all regions, it means that you have ethnicity from that region in your results.  If the dot is grey, it means that you don’t show any ethnicity.  In the example below, you can see that my dad has Europe East, Ireland/Scotland/Wales, Europe South, and Great Britain in his DNA.  You can see that they also tested for eight European Jewish regions, 4 regions in Finland/Northwest Russia, and 30 Native American regions (as well as many others that are not show in this image), but since the dot is grey, I know that he doesn’t show any DNA from these areas.

Note:  It’s possible to just show the general “Europe East” category and not one of the subcategories.  For example, my mom has a very high percentage of Eastern European, which she inherited from her dad’s Slovak and her mother’s Polish ancestors.  Under the subcategory of Eastern Europe, she shows similarities with the Czech Republic, Slovakia, Poland and Lithuania subcategory.  While I show about 43% Eastern European on my results, I don’t have enough similarity to that region for them to definitively report to me that I likely have ancestors from that region.  I know that I do, because of my mother’s results, and because of my family tree research, however.

Is there any meaning to the color by the ethnicity or region?

There is no meaning to the colors of the circles or dots.  Ancestry DNA has just assigned each region a color to make it easier to read from a visual standpoint.  It does not appear that there is any sort of reason for a particular color to be assigned to any given region.  The color shown does not mean anything in relation to your particular ethnicity results.

I hope that this post helped answer your question – now you should know what those numbers next to the ethnicity regions stand for.  If you have any questions, comments, or concerns, or just want to share your own experience, please feel free to leave me a comment below. 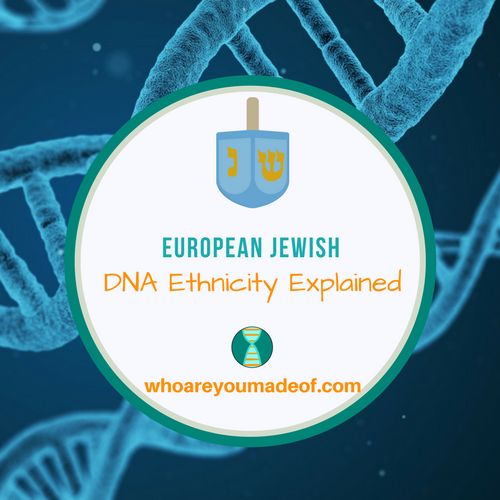 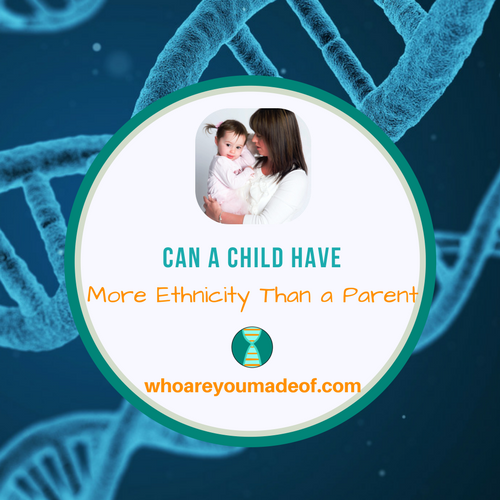 Next →
Can a Child Have More Ethnicity Than a Parent?
Click here to cancel reply.