Use DNA to Explore Your Cultural Heritage

Can you use your DNA results to explore your cultural heritage?  And if you can, should you?  Personally, I think the answer to both of these questions is a firm “yes”.

Maybe you’ve done your DNA test and checked out your ethnicity estimate.  Maybe you’ve even done a little family tree research and explored some parts of your heritage that were previously unknown to you.

Perhaps – just perhaps – you’ve reached out to some distant cousins who live in a country that is not your own, or at least in a far away state.  Have you ever thought about what to do with the information that you learn?

Does it change how you view yourself once you learn where your ancestors may have lived, and where your relatives do live? Can you regain a lost part of your ancestor’s culture?

This is something that is always on my mind.

Your DNA is not your culture – or is it?

You may be able to imagine my surprise when I read an article in The Atlantic, a publication which I generally enjoy reading, entitled “Your DNA is Not Your Culture“.  The author gave a harsh, yet well-written, criticism of a partnership between Ancestry DNA and Spotify, and referred to marketing campaigns by other DNA testing companies.

The arrangement between Spotify and Ancestry allowed customers exploring their DNA results to create playlists based on their ethnicity estimates.

I created mine back in 2018, and even though I generally don’t love just listening to random new music, I thought I would just sit back and listen to the music that was selected for me.  My playlist included songs from Norwegian, Irish, British, and Russian artists.

It was clearly primarily “pop” music, but a lot of it was beautiful even if I admittedly couldn’t understand many of the lyrics.

While I was listening to the music, I did think about distant DNA or genealogical relatives, that might be listening to those same pop songs in Norway, Russia, Ireland, or the UK.

To me, it is a beautiful idea.  Instead of simply viewing our ethnicity estimate, reading through the percentages and viewing the regions listed as simply being something from the past, we can connect with “the now”, through music, with living people with whom we do likely have a shared history.

The main point of The Atlantic article is contained within the title. To drive home her point, she says that these marketing campaigns make us think that “you can pick and choose which fractional parts of genetic identity to highlight when it makes for good cocktail-party conversation.”

With all of the problems that we have in this world, it seems to me that any positive connection that we can create between groups of people on one side of the world with people on the other is an absolutely wonderful thing, without qualification.

It is these small and relatively trivial connections that can plant the seeds for larger shifts in thinking.

Can you pick just one culture from your ethnicity estimate?

Most people who are reading this post will probably be regular readers who are interested in DNA testing and genealogy. Anyone who has been doing this for a while knows that there are simply some ancestors in our tree that fascinate us more than others.

In my own family, I find myself spending far more time researching my ancestors who passed down my Eastern European DNA (Polish, German, Slovak) than some of the other regions that showed up in my ethnicity estimate. There are many reasons that people might choose to focus on just one particular aspect of their ancestry.

I know the reason that I focus so much on my Polish and German heritage.  I am drawn to it because of tragedy.

Two of my Polish and German great-great grandmothers died while they were young mothers.  They didn’t even live long enough to raise their children to adulthood, and they weren’t in their lives long enough to teach them about their cultural heritage.

To make matters worse, the children of these great-great grandmothers, my great-grandparents, died young, their breath taken from them by tuberculosis, the terrible disease that has killed so many millions.

Those great-grandparents of mine, one German and one Polish, left seven children to grow up without parents.  Times were tough back then, and there weren’t enough willing family members to take in all of the children.

My grandmother was the only one who had nowhere to go and ended up spending what was left of her childhood in an orphanage.  This experience had a profound effect on her life, and while I’ll never know for sure, I don’t think she was ever the same as she was in that last photo that she took as a young girl, smiling at her father’s side, months before his death.

So for me, this isn’t about having something interesting to talk about at a cocktail party.  It’s about exploring something that I feel was stolen from me by death.

How can DNA help you connect with lost culture?

As it turns out, there are many touching and beautiful ways to make a meaningful connection with culture that has been lost to you.  Some people learn the language of their ancestors, and others prefer to travel to the homelands of their forefathers to see for themselves the kind of life they may have lived.

As I mentioned previously in this article, music is a universal language, easily understood by all. With the internet, we can explore the musical traditions of the places where our ancestors lived.

Others prefer to find a connection through culinary experiences, or in other words, food. This is my favorite method to connect with my ancestors’ cultures.

A few years ago, we held a Wigilia for the first time, a Polish traditional Christmas Eve dinner.  I had spent all year learning how to cook various Polish foods, and I researched the most important Polish customs to observe at the dinner.

While I prepared kutia, a very special and delicious grain-based Polish dish, I could imagine my ancestors before me handling the beautiful white winter wheat berries with care.

My family now looks forward to our “Polish Christmas” celebration. They have new favorite foods and have learned some of the traditions of their Eastern European ancestors.

Does this make me Polish?  No, of course not.

But it does make me human.  This very small part of my ancestors’ culture has become mine.

I am doing the very human activity of trying to make sense of the past and finding a connection and place in the present.

I really feel strongly that instead of dividing, our “ethnicity estimates” and DNA test results, especially our DNA match lists, can be a uniting force in our world.  There is so much to push us apart, and it’s nice when we can look at a little pie chart and realize that we are all more connected that we might have previously thought.

When people take that next step, whether it be taking a trip, learning a language, contacting a distant cousin, or learning how to make an ancient recipe, we are actively pulling the world together.  And that, my friends, is how it should be.

I’d love to hear your thoughts on this topic, especially if you have taken steps to learn about your own ancestors.  Please leave a comment in the discussion below! 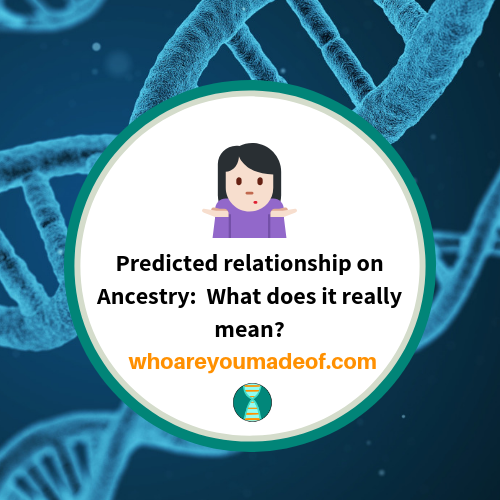 ← Previous
Predicted relationship on Ancestry: What does it really mean? 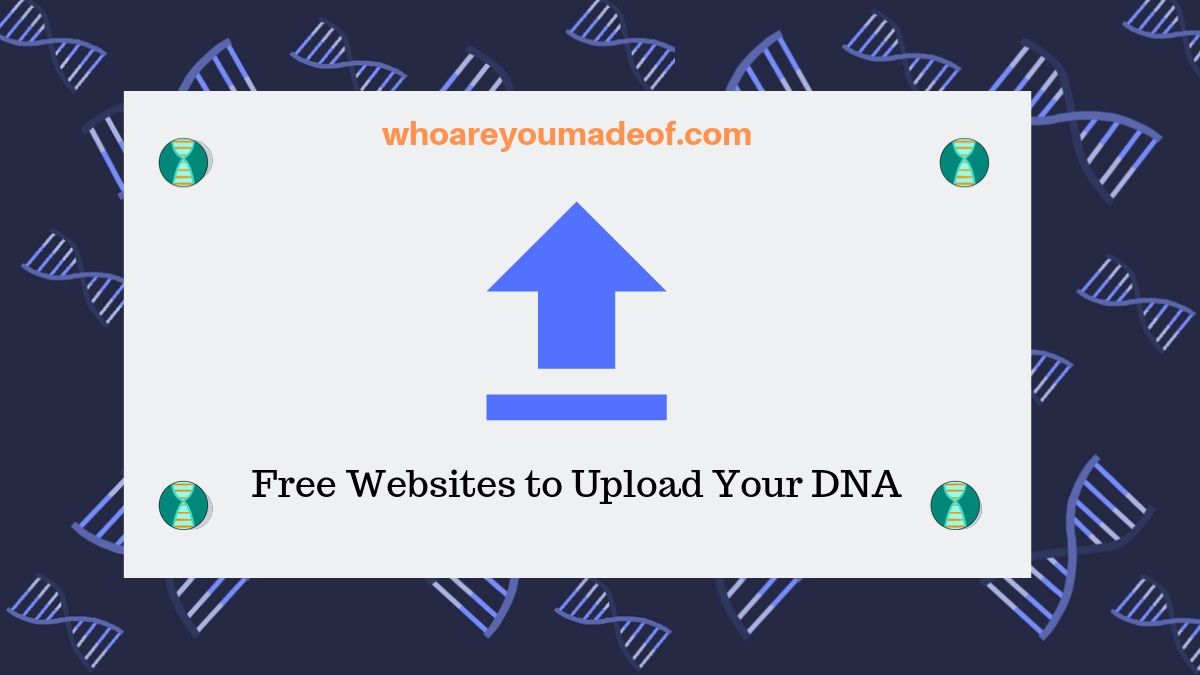 Next →
Free Websites to Upload Your DNA
Click here to cancel reply.