How Much DNA Should You Share With a Great-Grand Uncle or Aunt?

Whether you are curious about whether you and your great-great aunt or uncle share the expected amount of DNA, or you are wondering if your mystery DNA match could fit into the great-great uncle category, you have come to the right place.

What is a great-great uncle or aunt?

This is really amazing, since if you show up as a DNA match with your great-great uncle, then you can view it as evidence that you do descend from that set of great-great grandparents.

If you are interested in reading about how much DNA you should share with a great-uncle, sometimes called a grand-uncle (or aunt!), you might want to read my post titled “How much DNA should you share with a great-uncle“.   A grand-uncle is different than a great-grand uncle, since they are a sibling of your grandparent, instead of your great-grandparent.

How much DNA should you share with a great-grand uncle?

The expected average amount that a person could share with their great-grand uncle is about 6.25% of their DNA, or 425 cMs.

A person could share as low as 215 cMs (centimorgans) and as high as about 635 cMs with their great-grand uncle.

This general range lines up perfectly with what I have seen in my research, and with what I have experienced in my own family, although it is conceivable that there could be outliers falling slightly above or slightly below the range that I mentioned.

My adult daughter, who has graciously shared her DNA results with me for discussion on this site, has two great-grand uncles (or great-great uncles, whichever you prefer) on her DNA match list on two websites.  They are known great-grand uncles to her, and they are related to her through different lines of my family.

Their DNA and genealogical relationship has been verified through connections with other relatives, including my parents and grandparents, who have all done DNA testing, so I am 100% sure that about the nature of their genetic relationship.

Note:  There is some discussion that a great-grand aunt or uncle could share more than 800 cMs.   If you have a “mystery” DNA match that matches you at shared centimorgans this high, I would encourage you to investigate several other closer relationship possibilities before settling on a great-grand uncle.

How would a great-grand uncle or aunt show up on Ancestry?

On Ancestry, a great-grand uncle or great-grand aunt will likely show up in the 2nd or 3rd cousin category, as seen in the image below.

Ancestry only estimates the relationship of our DNA matches based on the amount of our shared DNA, and this means that we usually have to compare family trees and use other methods to figure out how our DNA matches are related to us.

A great-grand aunt or uncle shares an amount of DNA very similar to that which we would share with a 2nd-3rd cousin.

The great-grand uncle match shown below is the brother of one of my daughter’s maternal great-grandmothers:

How would a great-grand uncle look on My Heritage DNA?

In the image below, you’ll notice that the estimated relationship is 1st cousin once-removed-2nd cousin, implying that the actual relationship could fall somewhere between.

The great-grand uncle listed below is the brother of one of my daughter’s maternal great-grandfathers.

How would a great-grand uncle or aunt show up on Gedmatch?

Gedmatch doesn’t estimate our relationship type, but it does tell us the estimated distance to our most recent common ancestor (MRCA).  In the image below, you can see my daughter’s great-grand uncles on her One-to-Many results highlighted in the red rectangle.

The first box shows the total amount of shared DNA (measured in centimorgans), the second box shows the length of the longest DNA segment, and the final box shows the estimated distance to the MRCA.

On the Gedmatch website, they make sure to stress that the estimated distance to the MRCA is only an estimate, and this is very similar to the estimated relationships shown by the DNA testing companies.

It’s interesting that the size of the longest DNA segment is similar in length, which to me is the best way to estimate distance to common ancestor.  A 60+ cM segment implies a relatively recent common ancestor.

A reasonable estimate of shared DNA between a person and their great-grand uncle or aunt is 215-635, and for a “half” relationship, we should expect the range to be close to about half.  That means that a rule of thumb would be that a great-grand uncle would share is about 108-318.

These numbers should only be used as an approximate range, however, since it is possible to share slightly under or slightly over the expected range. Blaine Bettinger, a blogger who has been collecting data on shared centimorgans, reports people of this relationship distance sharing as little as 12 cMs and as much as 383 cMs, for example.

You might have noticed that there is a big overlap in the shared DNA range for great-grand uncle or aunt.  To make it easy:

I hope that this post helped you understand more about shared DNA between a great-grand uncle or aunt, and their great-grand niece or nephew.  If you have any questions about something that you read here, or would like to share your experience with DNA matches to your great-grand uncles or aunts, I would love to hear from you in the comments below. 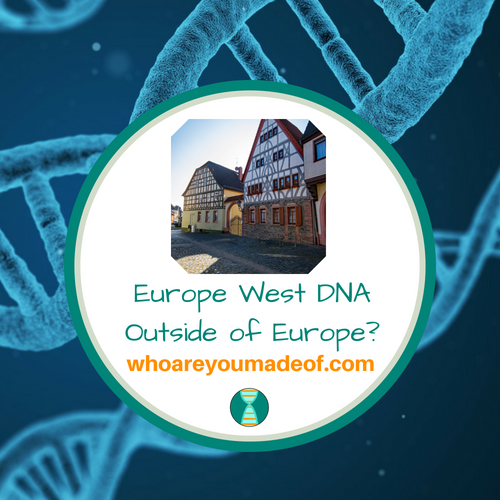 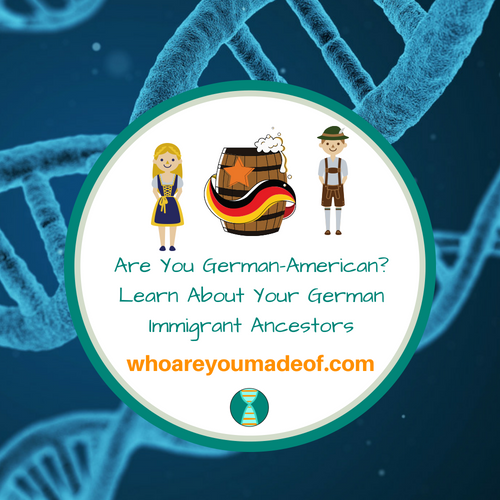 Next →
Are You German-American? Learn About Your German Immigrant Ancestors
Click here to cancel reply.