Alternative Facts in Genealogy: Finding the truth in my family tree

Is there such a thing as alternative facts in genealogy? In this post, learn how to explore the truth in your family tree and what to do with what you learn.

Those of us who are actively researching our family histories can often feel pressure to make our research match our family stories, legends, and myths.  The accepted family story can often be extremely important to a family’s identity, and it can be easy to ignore contradictory items that we come across in our research.

A person who has taken it upon themselves to be the family researcher often finds that their role is as much story teller as detective.  The stories we tell today, especially with the help of DNA, are helping mold an even more accurate, truthful version of our family history.

How to find the truth in your family tree

I come from a complicated family, as I’m sure many do.  On my dad’s mother’s side of the family, there are verified, well-researched colonial roots.  At family gatherings, you can feel a strong sense of pride and belonging.

I believe that my living relatives are loving and generally welcoming people, but when it comes to my ancestors, I can’t know for sure.  What I do know for sure is that there was a widespread feeling in the late 1800’s and early 1900’s that immigrants from certain European countries were unwelcome.

The United States was a very unwelcoming place for many people during the 1800s. This was especially true for enslaved individuals and their descendants, as well as indigenous peoples.

Immigrants from certain countries also found themselves experiencing a certain amount of hostility after their arrival in America. They couldn’t speak English, ate strange food, had hard to pronounce names, and maybe even took some low paying jobs that the people who were already living here might have preferred to have.

(Hmm…. I could almost be writing this about immigration today!  But I digress… back to finding the truth in my family tree…)

My dad’s father was the son of a Dutch immigrant father.  My Dutch great-grandfather married the daughter of two German immigrants.  A nice family of relatively new immigrants!

I sometimes wonder what it was like to mix those three cultures, American, German and Dutch.  Anyhow, when the child of that new immigrant family married a descendant of those proud colonial families, you can imagine that it could create somewhat of a family identity crisis.

And then, imagine the scandal when the child of that family, married my mother, a child from a family that everyone assumed was only full of poor Eastern European immigrants.

My sisters and I were sort of raised as thinking we were “Dutch“, and obviously heard lots about our grandmother’s colonial families.  My immediate family’s “family story” ignored my paternal great-grandmother’s German/Polish roots, and my mother’s own close Eastern European ties.

So when I started really trying to learn about each and every one of my ancestors to the best of my ability, it was easy to spot times when certain information was overlooked in favor of information that fit a narrative that people wanted to be true.

DNA can help you find your family tree’s truth

DNA testing has been a huge part of helping me figure out which paper trail I should follow and helping me discover some of the “alternative facts” that have been preferred over the generations.

I realize that people who came before we were doing the best that they can, and sometimes even what they thought was right at the time.  My job, however, is to try to make sure that our family history is as accurate as possible.

If you haven’t done a DNA test yet, and you are interested in doing one for this purpose, you might be interested in my post about how DNA testing can help verify your family tree.

One of the items of disagreement in my grandfather’s Dutch and German family tree is the birthplace of two of his great-grandparents.  There are many family trees online, and many records in the state where they lived, and all of them show one of two possible places of birth.

One is in Alsace-Lorraine, France, a territory that was occupied by Germany, and is now French (my understanding is that it was a traditionally French area).  The other place of birth shown on other documents is way up in northern Germany near the Baltic Sea, in Pomerania.

Pomerania is a place that was actually divided between Germany and Poland.

Would you be surprised if I told you that almost everyone who has my grandfather’s great-grandparents in their tree, when faced between choosing Alsace-Lorraine, France and place that is terrifyingly close to Poland (or maybe even IN Poland!) went with France?

Just because people would have preferred that their ancestor be born in France doesn’t make it true.

So what is true?

I have found ship manifests that show that my ancestor traveled from his hometown to Swinemunde, Germany (now Świnoujście , Poland) to Christiansand, Norway, with the final destination being New York City in the 1870s.

While I have seen people travel far to get to a port to come to the US, it makes absolutely no sense that someone who is a short train ride from Paris, an international travel hub, go all the way to what is now Poland, and then to Norway, in order to get to New York City.

The other evidence that I have that supports the idea that these particular ancestors were born either in Poland, or in a area very near Poland comes from my great-uncle’s DNA results.  He doesn’t have many close cousin matches, but among some of the closest (perhaps at a 4th cousin level), they are POLISH.

While I still have a lot of research to do in order to be able to “prove” (as if such a thing could actually be done) my hypothesis, this revelation moved me to want to write this post, to help encourage you, my fellow family tree historians, to ignore those “alternative facts” you might find.

As convenient as it might be to go along with what your family wants and knows to be true, you must never cease in your own personal quest to document your family story as you find truthful.

What should we do if we uncover a family secret through our genealogy research?

What should you do if you uncover a surprise about your ancestry? Should you proclaim it to the world and let your entire family know that everything that they believed to be true is false? This is a tough question, and I think the answer will be different for each family.

Should I announce my dad’s Polish heritage to his family and to anyone else who will listen, even if I know that it might cause some disagreement?

In the example that I give from my own family tree, the ancestors in question are so far back that I don’t think that it will hurt anyone much to know that their data was wrong.

And certainly, as a country I would hope that we have moved past the idea that coming from an Eastern European country is somehow “inferior” (and just so I’m clear: it never was/is a bad thing to come from anywhere).

There was some discussion in my mother’s family that one of her mother’s brothers was a half-sibling.  Not all of my grandmother’s siblings knew of this information.

To be honest, I never really accepted it as fact.  I’m more of a DNA person and I rely on evidence.

I said to my relatives that unless that brother had a child who did a DNA test, we could never, ever be sure that he was a half-sibling to my grandmother.  As far as my mother ever knew, he never married, and died young and childless.

Imagine my surprise when a new DNA match showed up on my mom’s ancestry account.  According to this new match’s tree, she is a first cousin once-removed to my mother, meaning that this person’s parents and my mother share the same grandparents.

However, Ancestry places the DNA match in a 3rd cousin category – they only share 178 centimorgans.  My mother’s claim was true.

My grandmother’s brother was a half-sibling, since there is no way that my mother would share such a low amount of DNA with the child of a full first cousin.

What will I do with this information?  With the information that these relatives have, they are equally as capable of coming to the same conclusion.

And so, I have decided to let sleeping dogs lie, as they say.  If they are ever curious and ask, I will share what information I have.

The point is that we are seekers and guardians of the truth, and we need to be wise in when, if, and how we decide to present it to our families.

Why not take a DNA test to see what you learn? Will it match your family stories? You can get your test(s) from any of the companies that I recommend below.

I have more little items of interest like the one above, where I can’t tell where the truth and the alternative facts begin.  Have you ever found “facts” like those in your family story?

Were you challenged by your family members when you presented your information?  I would love to hear your story. 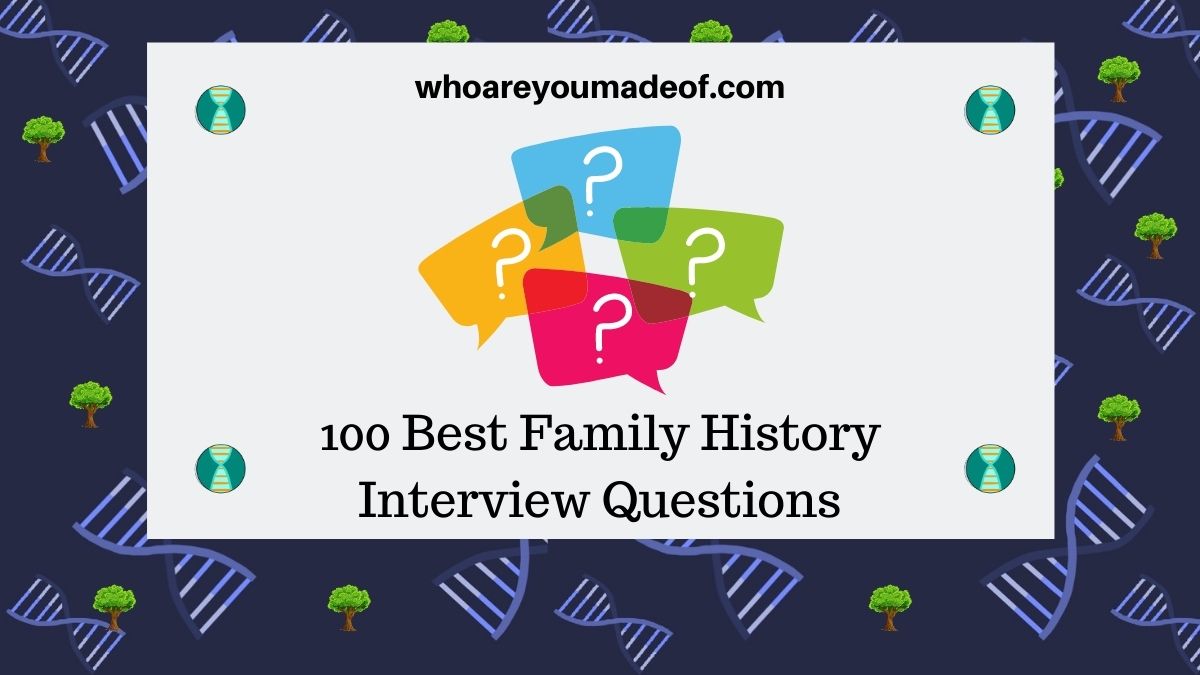 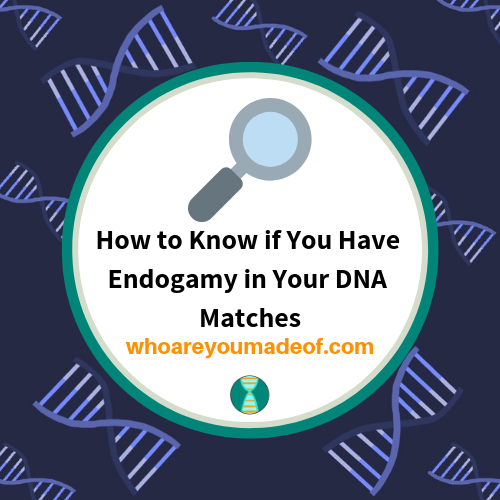 Next →
How to Know if You Have Endogamy in Your DNA Matches
Click here to cancel reply.