What is the Mali DNA Ethnicity on Ancestry

Do you have Mali in your ancestry DNA results?  Are you wondering how you inherited this DNA ethnicity and which countries your ancestors might have come from?

You have come to the right place.  In this post, I’ll answer these questions, as well give you some strategies for tracing your Mali ancestry.

I decided to begin research for this post when my daughter got her DNA results back.  Her father is from a town in the Costa Chica region of Mexico, located on the country’s southern Pacific coast, and most people in that area have significant African ancestry.

Her Mali ancestry showed up in the “Low Confidence Regions” part of her ethnicity estimate, along with several other ethnicity regions, such as Southeastern Bantu.

Your Mali DNA results might look different than my daughter’s, since your unique individual results depend on your own family’s history.

Where is the Mali DNA ethnicity region located?

The Mali DNA ethnicity is primarily located in the country of Mali, which sits on the West African Craton – the portion of the continent that is located directly south of Western Europe.  Mali, the center of the Mali DNA ethnicity, is a relatively large country, about 4/5 the size of Alaska.

The modern borders of Mali were imposed by the French during the times of the French Sudan.  These borders were not the natural or historical boundaries of this territory, and group together many ethnic groups.

These groups include the Bambara, Fulani, and the Senufo peoples.

Cool fact:  Have you ever heard anyone refer to Timbuktu?  Usually people will say, “It’s as far away as Timbuktu” or “He went all the way to Timbuktu”.

Timbuktu is a real city, and it is located in Mali.  How did Timbuktu become so well known in Western cultures and end up in a common English expression?

As it turns out, this city has been very famous for hundreds of years due to its prominence as a regional trade center during medieval times.  Europeans saw it as a distant place of mystery since it is truly far away from Europe, which is why Timbuktu became synonymous with a distant, far away place.

Which countries are included in the Mali DNA region?

The Mali DNA ethnicity will be found in highest percentages in Mali and Guinea, a country directly southwest of Mali on the Atlantic coast of Africa.  Even though this is where most people with high percentages of DNA from this region live, you can also find significant Mali ancestry in people from:

Cool fact:  The Mali Empire was once a place famed for its advanced knowledge of mathematics, literature, art and astronomy.

Do people in the Mali DNA region typically have DNA from other places?

According to Ancestry, the average person who is native to the Mali DNA region will only have about 39% Mali DNA.  This is because there has historically been significant contact between people who live here and nearby areas.

In other words, people who live in Mali are genetically diverse.

Most people (almost 70%) who live in the Mali DNA region will have DNA from these regions, too:

Less common, but still significant, is DNA from the following DNA regions:

How far back is my Mali Ancestor?

The basic rule of thumb goes something like this:

If you have 5% Mali ancestry…

And your great-great-great grandparent was your “100%” Mali ancestor

This basic explanation can give you some idea of how far you will have to look in your family tree to find the ancestor from whom you inherited your Mali DNA ethnicity, but truthfully, DNA ethnicity is rarely passed down in such a neat, predictable manner.

We inherit 50% of our DNA from each of our parents, but there is no rule about which 50% of their DNA that we inherit – it’s a fairly random process.  Therefore, we might inherit all of a particular ethnicity, some of it, or none of it.

In the case of someone who is wondering how far back they will need to go to look for their Mali ancestors, there are several scenarios to consider:

If you examine what you know about your family’s ancestry, you might already have a good idea about which scenario likely fits your own family story.  This question is very closely related to the next topic we’ll discuss, which is how you may have inherited your Mali DNA.

How did I get Mali in my DNA Results?

The Mali DNA region is found in a part of Africa that once formed a vital part of three well-known, historic African empires, known as the Ghana Empire, the Mali Empire, and the Songhai Empire.  It was during the rule of the Songhai Empire that Mali became a primarily Muslim country, as it remains today.

Important Malian cities were strategically located at the edge of the trans-Saharan trade routes, and served as trade centers moving valuable commodities through the continent – including enslaved individuals.

Mali’s historic position as a center of trade has no doubt contributed to the genetic diversity of the people who live there, and who were from that region.  If you have a recent ancestor from this part of Africa, or from a neighboring region, there is a good chance that you may have inherited your Mali DNA from them.

If you do have a recent African ancestor, you are probably aware of this and can skip to the next section to learn how to trace your family tree.

My daughter’s Malian roots come from her father’s Afro-Mexican ancestors, as I mentioned before.  The place in Mexico where her father’s family is from was a region where escaped enslaved people went to establish communities*, and it is located along the coast of the Mexican states of Guerrero and Oaxaca.

These areas of Mexico were relatively isolated geographically, and were ideal places for these individuals to live in peace.  In these beautiful coastal areas, these people were able to maintain many of their cultural traditions and a fairly strong ethnic identity, even if these populations did eventually admix with indigenous Native American groups and Europeans to a certain extent.

* There is some debate about how and why there are so many people on the Costa Chica of Mexico with African heritage.  A common myth is that a slave ship crashed or sunk nearby, and the enslaved on board were able to escape and set up communities in the area.

This could be an attempt to erase the fact that hundreds of thousands of enslaved people were brought to Mexico, a country that has been accused of trying to ignore certain aspects of the past (something Americans are also familiar with!)

Mali DNA in the United States

As many as 13 million Africans were forcefully removed from their homeland and transported across the Atlantic Ocean as enslaved people in almost every country in North and South America.

Mali DNA in other parts of North and South America

As I mentioned before, enslaved Africans – many of them from the region encompassing Mali – were brought to almost all parts of North and South America.  The list below can give you a basic idea, but it is by no measure comprehensive:

Discovering the painful stories that ancestors endured can provoke many different emotions, ranging from profound sadness, to disbelief, to anger.  I believe that exploration of genealogy and family history is an excellent way to start a healthy and healing conversation about our world’s complicated, and often tragic, history.

Can I Trace My Mali DNA Ancestry?

In some cases, you might be able to trace your Mali DNA back to a particular ancestor.  Of course, this is easiest to do if you have a recent Malian immigrant ancestor who likely left modern records behind as he or she made their journey to the United States.

If you feel sure that your Mali ancestry comes from ancestors who were enslaved, it is still possible to get a good idea of where they came from.

For beginners to family tree research, the first step is to build a basic family tree.  You should definitely consider talking to your parents, grandparents, older siblings, cousins, aunts and uncles to figure out what they know about your family, and whether or not they have documents, photographs and other records.

I would recommend using some sort of website or software to keep track of all of the new information that you learn about your family.

There are many great places to build a family tree, but I love to do mine on Ancestry.  It’s very simple and free to do, and you can also attach your DNA results to your tree to get extra features.

If you want access to records, you’ll need a subscription, but you can use this sponsored link to get a two-week free trial to see if you like it – I’ll get a very small commission if you end up getting a subscription once your trial ends… thanks for using this link! Ancestry Free Trial

Once you build your basic family tree, you should start to look for census records and other documents to help you get a generation further back, a step at a time.  Be as thorough as possible, since you don’t want to miss any clues.

The goal is to identify all of your ancestors on the 1870-1880 US Federal Census records.  This will give you an idea as to where they may have lived before the Civil War, very important for attempting to follow their paths through slavery.

Slavery presents enormous obstacles to those who are interested in family tree research, but there have been amazing success stories.  DNA testing, and especially along with DNA matches, will provide important clues to to which part of the country your enslaved ancestors lived.

Careful research through wills, probate records, bills of sale, and even newspaper records may provide you the evidence you need to learn where your ancestors came from.

I hope that this post has given you some insight into the Mali DNA ethnicity region, what it really means to have Mali DNA, and how you might go about tracking down your Mali ancestor in your family tree.

If you have any questions or comments, or would just like to share your own experience finding Mali in your DNA results, I would love to hear from you in the comments below. 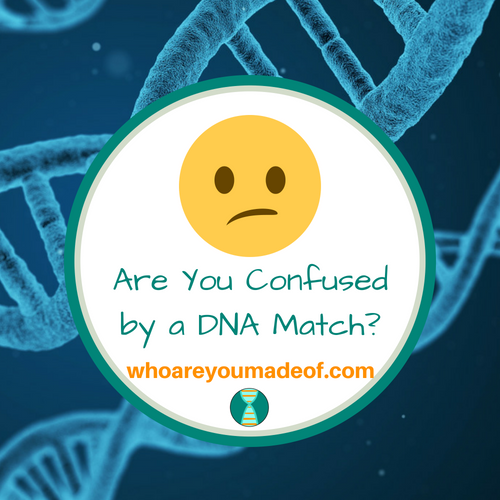 ← Previous
Are You Confused by a DNA Match? 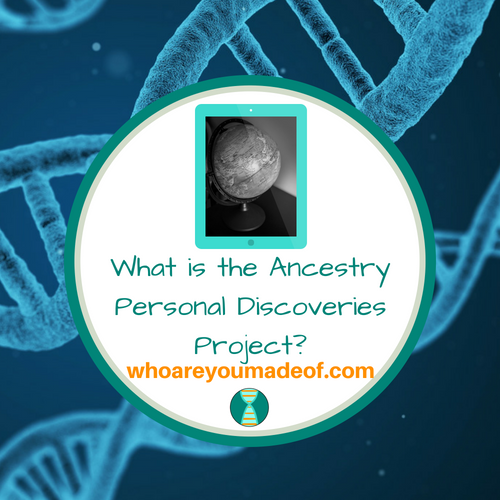 Next →
What is the Ancestry Personal Discoveries Project?
Click here to cancel reply.

It's also good to look at ship manifests arriving in area ports where your ancestors lived!

The discovery of my DNA has unlocked many mysteries to discover and bring forth the knowledge of my families' history.

I have 1% Mali African DNA . Is that very much? Can that be right?How any generations. Back?

@Patty Thompson, I also have 1% Mail. To my understanding, it would be approximately 6-7 generations back. There are quite a few grandparents during that time to sort through. This may not help much but hopefully gives you an idea. Bev