What is the Baltic States Ethnicity on Ancestry DNA ?

From a personal standpoint, I include myself in the group that was surprised to see this ethnicity region in my DNA results.  I don’t have ancestors from any place that I would have considered to be part of this region.

At least three of my great-great grandparents were Polish, however, and after researching this region, it seems well within the range of normal to have found DNA matching this region in my own results.

Important note:  This DNA region is new and was added to Ancestry DNA ethnicity results after the Ancestry DNA 2018 update.  Previously, people with DNA from this area would have been included in the Europe East DNA ethnicity.

Everyone who had previously tested with Ancestry before the update gets their ethnicity updated for free, so be sure to check back periodically.  It’s great that they have added this more specific region since it provides Ancestry DNA customers with greater detail.

Where is the Baltic States ethnicity region located?

People who live in this region have very distinct language and cultures.  Their languages are part of the Baltic Language group, which is related to the Proto-Baltic-Slavic family of languages.

In the map below, you can see the primarily area covered by this DNA region.  It is important to note that DNA from this region might be found in nearby areas, so if your known ancestors aren’t from the region marked on the map, it could be that your Baltic States ancestors are from further back in history.

Which countries are in the Baltic States ethnicity region located?

The primary group of countries where the Baltic States ethnicity region is located includes Estonia, Latvia, and Lithuania.  Because of the nature of DNA and human movement, we can also commonly find at least some DNA from this region in Belarus, Russia, Poland and the Ukraine.

How far back is my Baltic State ancestor?

I would caution that we shouldn’t always think about our ancestors as having been “100%” of one particular region.  Depending on what part of the world our ancestors lived in, they could have been more admixed, or less admixed than we are.

I like to assume that my ancestors likely had DNA from neighboring regions, and might have had DNA from places that were further away.

Someone who has a high percentage of Baltic in their ancestry (over 50%) can assume that either one parent was nearly 100% Baltic, or that both parents had some Baltic, and they inherited enough from both to equal 50%.

Most people who have very high percentages of a particular DNA region have a fairly good idea as to how they inherited it (i.e. their parents or grand-parents were from Lithuania or Estonia).

Those people with small amounts of Baltic State DNA might not be able to use the simple formula of doubling the percentage each generation to get back to the person who was likely 100% Baltic.

More likely, my Baltic ancestry is many generations ago – many more than I will be likely to determine.  DNA isn’t passed down in equal 50% percentages every generation, instead, it is inherited by a random process where we inherit 50% of our parent’s DNA, but we have no way to know which 50% we’ll inherit.

Sometimes, we can get more than the 50% of a particular ethnicity region from our parents, and other times we might get a smaller portion of it.  For example, my mother has 8% Baltic State DNA, and I only got 2%.

Is it possible to trace my Baltic States ancestry?

It’s possible to determine which of your ancestors likely contributed your Baltic State DNA.  As I always recommend, the best way to know where your Baltic State ancestry came from is to start building a family tree.

Start with yourself, and include your parents, grandparents, and great-grandparents.

Chances are, once you build a small tree with only three generations back from yourself, you’ll have a good idea of which direction to look for your Baltic State ancestors.

For example, I have two Polish great-great grandparents.  I know that the Polish-Lithuanian Commonwealth existed from 1569-1795, and that my Polish great-grandfather lived in Tadajewo, Poland, which is about a two-hour drive south of Poland’s Baltic coast and about twice that far to the border with Lithuania.

My Polish great-great grandmother was from southern Poland, as far as I can tell, and seemingly less likely to have Baltic State DNA.  Either way, I feel confident that my Baltic State roots extend from one or both of these Polish ancestors.

I love building my family trees on Ancestry because it’s free to get started. It’s a lot easier to get access to records and documents to build your tree if you have a subscription, which I recommend.

I hope that you have a better understanding of the background of this DNA region, an idea as to how you may have inherited DNA matching the Baltic States area, and a good plan for learning about your ancestors after reading this post.

If you have any questions about something that you read here, or would like to share your own experience finding this DNA region in your results, I would love to hear from you in the discussion below. 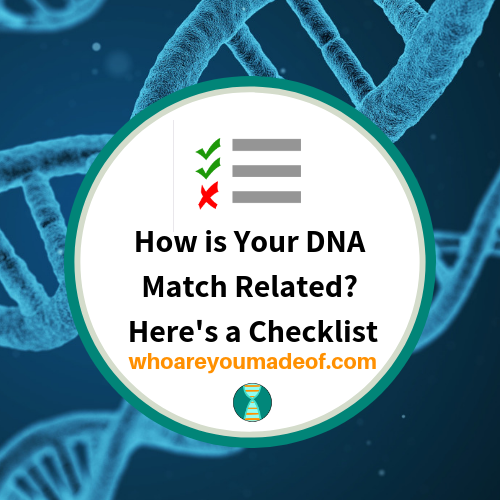 ← Previous
How is Your DNA Match Related? Here's a Checklist 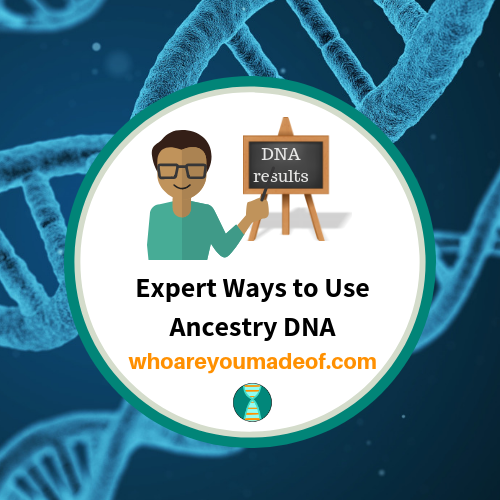 My great grandparents were from "White Russia" I really never knew what that meant. Due to recent research, I have been able to reconnect with some extended family that was forced to exile from the "Kresy" in what is now Belarus. They identify as Polish and Catholic. My DNA tests show strong Baltic DNA.

Thank you so much for your article. My family is Eastern European and it looks like I have a high percentage of Baltic DNA. My grandparents on my father's side were Polish, although my grandma was born in a village that was in German territory. She spoke German and Polish. She was an amazing person. During WW2, because she was fluent in German, she spoke back to the Nazis when she thought they stole my grandad's bike. For real! Basically they told her, "Hey lady, we are missing tanks, we need to find them before we look for your bicycle." (I'm paraphrasing but that was the gist of it). Thank you for writing your article :) It was very helpful!

I was adopted from Poland and my paternal grandmother was from Lithuania. On Ancestry, I am 78% Eastern European, 19% Baltic, and 3% German.

I have 6.6% Baltic ethnicity which is a total shock because I am as far as I knew completely Indian! And I only had 78% South Asian DNA so very intriguing.

Would be interesting to exchange notes. I had one DNA match on the Baltic side, managed to get in touch via DNA heritage...

I have a little bit of a story I guess. I took a DNA test last year to find out how Lithuanian I was (I always make jokes about it, an excuse when I do something silly, I say "oh, it's because I'm Lithuanian") my results came as a bit of a shock...I have 34% Lithuanian and 66% Baltic States, that's it! I know I have relatives that are Lithuanian (obviously) but I know I have polish and Russian relatives too, but it's not very specific. I can't figure out what Baltic States really mean, on ancestry it's defined as Lithuanian and Latvian, but does that mean I'm 100% Lithuanian? I'm confused if I'm honest. I'm in the process of looking into what Baltic States really mean.