What is a Low Confidence Region: Ancestry DNA

If you’ve already done your Ancestry DNA test, you most likely see a section called a “Low Confidence Region” that is listed just below your major ethnicities.  Many people automatically assume that because it says “Low Confidence” that is isn’t accurate.

The reality is that sometimes it isn’t accurate, and sometimes it is.  That’s why they call it low confidence – it’s because their software algorithm can’t be sure.

Basically, it means possibly have a small amount of DNA from that region.  On Ancestry’s help pages, it says that any region that has less than 4.5% will show up on the low confidence section, but I have found that this is not always the case.

In fact, on my own DNA test results, I have the Iberian Peninsula as a Low Confidence region, but it shows that I have 6%.

So how can you tell whether it is just “background noise”, incorrect, or if you actually do have ethnicity from those regions showing as a lower percentage in your DNA?

I’m so glad you asked, because I have some suggestions and ideas that might help you figure these mysteries out on your own.

It’s really important to explore these lower percentage regions because if you ignore them, you might miss some really important information about your family history.  In addition, learning about those regions might help you build your family tree in ways that you would have otherwise overlooked.

For the purpose of my explanations, we will look at the low confidence regions on my personal DNA test results:

Pro tip:  Check out my DNA Tools Page for the latest and most helpful articles, resources, and links to help you learn as much as possible about your DNA.

Update:  Ancestry DNA rolled out a major ethnicity estimate update and stopped using the “low confidence regions” terminology, and eliminated most user’s trace regions.  Everyone who has done a DNA test with Ancestry is eligible for this update for free.  Read more about it in this post about the 2018 Ancestry Update.

Do the low confidence regions match with what you already know about your family tree?

The first thing that you should do when you see those results is compare them to what you already know about your family history.  For example:

In a perfect DNA inheritance scenario, I should have inherited 12.5% from each great-grandmother, leaving me with a whopping 25% Europe West DNA.

In the real world, however, DNA doesn’t always get passed down in the exact percentages that we would expect it to.  Each child inherits 50% of their DNA from each parent, and that means that there is 50% of each of your parents’ DNA that you didn’t inherit.

Going back to my Europe West example, I am lucky that I can actually look at my parents DNA results (I’ve had them tested), and can see how much Europe West they had.

It turns out that my mother has absolutely no Europe West ethnicity whatsoever, despite what her family tree says.  My father, on the other hand, has 43% Europe West.

Obviously, I couldn’t inherit any from my mother since she didn’t have any to begin with.  But if my father has 43%, why don’t I show more than just 2%?

It turns out that my father has DNA from many other places, such as Scandinavia, Iberian Peninsula, and Ireland.  So when I got the 50% of DNA that I inherited, I just inherited a lot of that other stuff, and not so much of the Europe West DNA.

I just took a quick peek at my mother’s full brother, and it turns out that he only shows 1% Europe West in his family tree.  This leads met to the next item for your consideration:

Is there something (like a surprise or a secret) in your family tree that you don’t know about?

Is it possible that the reason that my mother doesn’t show any Europe West DNA is because her maternal grandmother wasn’t really German, or was only half German?  I’m sure you can use your imagination to figure out ways that this could have happened.

And hey, in the DNA world, we’ve seen crazier stories than that.   In my own personal family tree, I still don’t know why my mother doesn’t have any Europe West DNA.  A mystery for another day.

There are many, many reasons that family histories might try to hide situations that were disagreeable at the time.  Maybe there was an unwed mother, and the family had her marry someone and take the husband’s name, when biologically the child belonged to someone else.

Sometimes, children were adopted because one or both of their parents died.  It’s also hard to imagine, but our ancestors were also human and fallible, and sometimes they had children with people who weren’t their spouse.

In the United States, people who consider themselves to be white are often surprised to find small amounts of Native American or African ethnicities in their DNA.  For example, my mother has Southeastern Bantu in her low confidence region.

This means that somewhere, a long time ago, I likely have an ancestor – or even more than one – from this region of Africa.  We all know the history of our country, and it’s likely that the grandchildren and great-grandchildren of this ancestor might have felt it advantageous to hide/forget/ignore this aspect of their history.

One thing that I’ve learned through this whole process is that my family history is just that.  I can’t judge my ancestors for these types of decisions, but I can try to understand them better.

Though, it sure would be easier for me and my research if they would have passed this information down to me.

This is a time consuming option, but it’s one that you should definitely consider doing little by little.  My daughter shows 2% European Jewish.

If you can recall, I only show 1%.  Considering the fact that it is statistically unlikely that she inherited my whole 1% of European Jewish, this means that she probably got it all from her father.

He likely has much more than that.  In addition, her paternal grandmother’s maiden name is Abraham (translated into English from Spanish).

Sure enough, she has distant cousin DNA matches that are 100% European Jewish and don’t share me as a match.  I don’t know the how/why yet, and maybe I never will, but you can definitely learn a lot about whether your low confidence region ethnicities are “real” or not by checking out your family/cousin matches.

If you’ve stuck with me this far, thanks so much for stopping by and reading.  If you have any questions or comments about anything that I’ve written,  I really want to hear from you in the comments.

Have a great day! 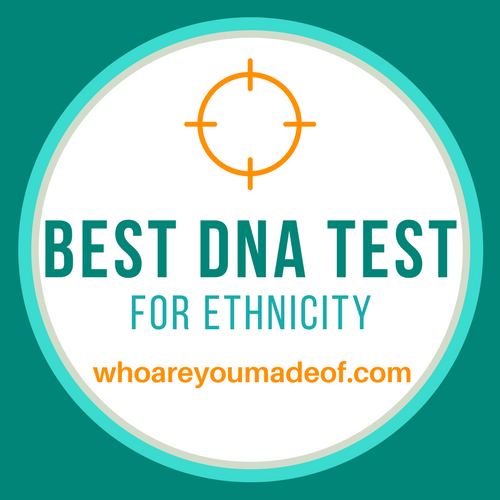 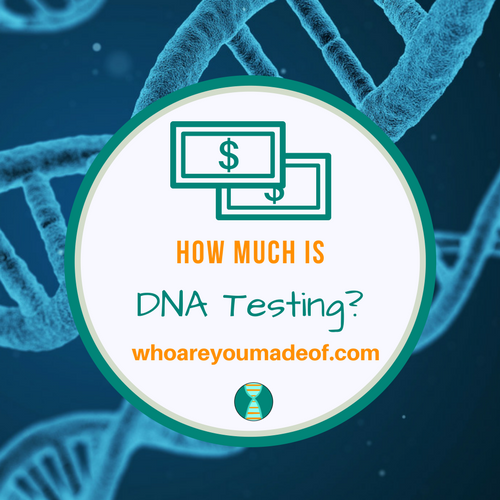 Next →
How Much is DNA Testing?
Click here to cancel reply.