What Does Native American Mean on 23andMe

Do you want to understand what Native American on your 23andMe results means? In this post, you’ll find out how to tell if these results are accurate, and how far back to look in your family tree for your indigenous American ancestor.

More than ten million people have tested their DNA with 23andMe, and a surprising number have discovered at least a small percentage of Native American ancestry in their results.

For example, 1 out of every 120 23andMe customers has the Q-M3 Y-DNA haplogroup.

This means that 1 out of every 120 people who have tested their DNA with 23andMe can trace their direct paternal line back to the earliest populations of North America, as long as 15,000-17,000 years ago by many estimates.

How to understand your Native American DNA on 23andMe

Most people who have Native American in their 23andMe results will likely see it in their Ancestry Composition report. This report is sometimes referred to as an ethnicity estimate.

There is a wide range of what people can expect to see as far as percentages of Native American seen on their results.

For this post, I will show you two examples of individuals who tested with 23andMe and got Native American in their Ancestry Composition report. We will use these examples to learn more about how to understand your own Native American DNA results.

Our first example shows 84.6% Native American DNA on his results:

Chances are good that if you also received a percentage as high as this on your results, you were not surprised. You may even know the origin of your indigenous American DNA.

On the other end of the spectrum, we have someone who received .1% Broadly East Asian and Native American on their results. Based on his known ancestry, this person was very surprised to see this region reported.

Why is East Asian included with Native American on 23andMe?

People who have indigenous ancestry in North and South America have a common shared ancestry with the people of East Asia.

Around 60,000 years ago, populations began to migrate from Central Asia to Southern Asia. The descendants of these populations then began to move north to populate the rest of the eastern regions of Asia and Siberia.

We now understand that Native Americans, or indigenous Americans, were direct descendants of smaller groups of East Asians who crossed from Siberia to Alaska over a period of a few thousand years via the Bering Land Bridge.

There are still traces of this common Central Asian ancestry detectable in modern DNA testing. On 23andMe, it shows up as “Broadly East Asian and Native American”.

The best way to figure out how accurate your Native American results are on 23andMe is to adjust the confidence level in your Ancestry Report. The default confidence level display is “speculative”.

The “speculative” confidence level means that the software algorithm that 23andMe uses to estimate where your ancestors were from was is about 50% confident in the accuracy of the regions and percentages reported.

How to adjust the confidence level on Ancestry Composition in 23andMe

We can adjust the confidence level on our 23andMe results in order to see how confident 23andMe is about a particular region appearing in our DNA.

To do this on your own results, scroll all the way down to the last section on your 23andMe Ancestry Composition Report. Then, click the little down “carrot” next to “Change Confidence Level” to expand the confidence level options, as shown in the image below:

Below, I will show you what happens when we adjust confidence levels for the two Native American DNA results that I showed you above in this post.

What happens to the DNA that they take from one region as you adjust the confidence level up or down? It depends on what they know about that particular area of your DNA.

In the case of this person who received only tiny trace amounts of possibly Native American DNA, we can see where it went by looking at the chromosome painting visual that appears next to the ancestry percentages.

To do this on your own results, simply click on the Native American region you would like to learn more about (on the percentage list) and you will see the corresponding DNA segments highlighted on your chromosome painting visual.

The first image below shows the Broadly East Asian and Native American segment, which was located on Chromosome 8. If you have higher percentages in your own results, you might find that you have multiple segments corresponding to Native American regions:

After I adjust the confidence level to 60%, I see that this region on Chromosome 8 is now grayed out, which I can see matches the “Undefined” region on the Ancestry report:

In other words, there a 50% confidence level that this small segment is a Native American segment. However, if it isn’t, there is no further information on which region of the world it does match.

What happens when you adjust the confidence level with a high percentage of Native American ancestry?

When experimenting with the confidence level on someone’s results who showed a very high percentage of indigenous American ancestry, we see a higher overall confidence that the DNA segments correspond to Native American regions.

You may recall our DNA tester who received 87.2% Native American or East Asian on his results that we discussed at the top of this post. If we adjust his confidence level up to the highest level or 90%, this is what happens:

As we adjust the confidence level up and the Native American DNA decreases, we do see the DNA re-assigned to the “Unassigned” category, just like we saw with the person who received only trace amounts in their results.

Once you have experimented with the confidence level in your results, you will get a better idea about how confident 23andMe is in your Native American results.

How far back to look in your family tree for Native American ancestors?

While DNA is very helpful providing clues about which regions of the world our ancestors may have called home, it is not a substitute for building a family tree.

Our 23andMe results do provide some insight as to how far back we may have to look in our family tree to find ancestors from the regions reported on our results.

If you scroll down to your Ancestry Timeline, which is located about half-way down the Ancestry Composition Report page, you will find a chart with a historical timeline that estimates where we might be able to find our ancestor.

We can see that this person will have to look much further back in his family tree to find his Jewish, Spanish, and Mongolian ancestors.

I hope that this post has helped you understand more about your Native American results on 23andMe, as well as how you can use this information to help build your family tree to learn more about your heritage.

If you have any questions about something that you read in this post, or if you got Native American DNA in your 23andMe results and you have a question, please join us in the discussion below. 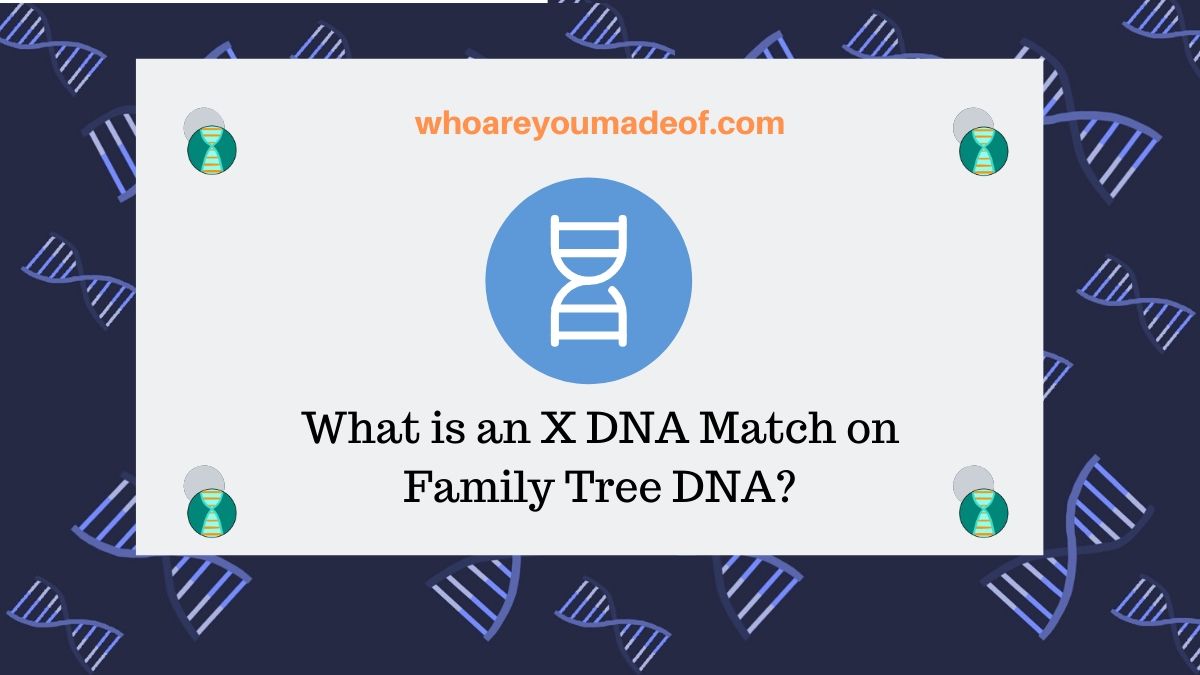 ← Previous
What is an X DNA Match on Family Tree DNA? 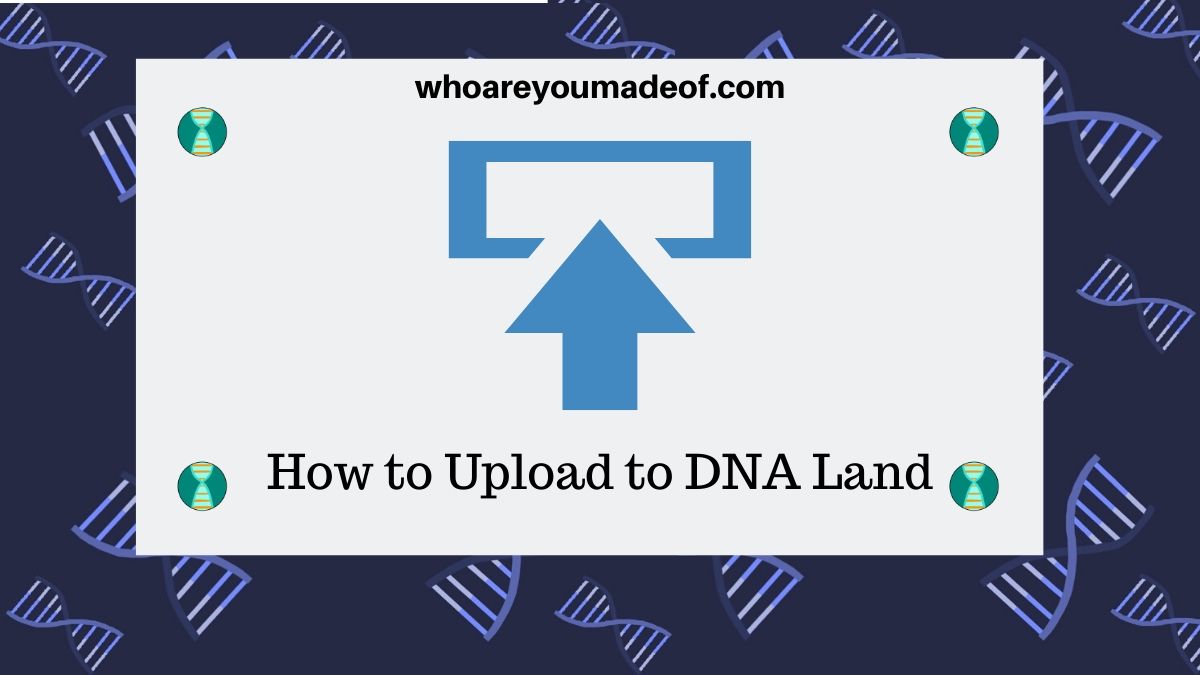 Next →
How to Upload to DNA Land: Tutorial
Click here to cancel reply.