If you received your My Heritage DNA Ethnicity Estimate and saw Central American on your results, you might be wondering what this actually means.  I know that I was very confused when I saw this on my husband’s report, and it led me to investigate this further.  As it turns out, anyone with Native American ancestry, whether from North or South America, has a good chance of showing at least some Central American on their Me Heritage ethnicity estimate.  In this post, you’ll learn more about why this occurs, and how much weight you should give to this aspect of your estimate.

Before I get started, I should say that I really enjoy using My Heritage.  They have a fantastic website and it’s really easy to explore DNA matches and view family trees.  I know that you’ll get a lot from your DNA results with My Heritage, especially once you get a good grasp on what your ethnicity estimate is telling you.

What does Central American on My Heritage mean?

It’s easy to miss that there is a map to the right of the ethnicity categories that you received.  If you click on “Central American”, the map will highlight the region that corresponds to My Heritage’s definition of Central American (for DNA purposes).  As you can see from the map below, the Central America area covers the area of southern Texas, Arizona, and New Mexico and extends all the way down to Brazil.

My husband, who I will call Joe, has 79.5% Central American on his ethnicity report.  He is originally from Mexico, and has extensive Mexican roots, so this actually makes a lot of sense.  As it turns out, the My Heritage DNA Central American DNA region covers more area than the typical geopolitical or geographical definition would include.

Why did I get Central American on my My Heritage report?

As you can see, My Heritage reports Joe (my husband) as having 97% of his ancestry from the Americas, and 3% from East Asia.  If you look at the more specific detail, it shows that he has 8% South American ancestry, and 9.5% Native American, and 79.5% Central American roots.  Does this mean that Joe has great-great-great-great grandparents from Argentina, Peru, Guatemala, South Dakota, and Japan?  Not at all. What is does mean, however, is that my husband shares common ancestors – maybe from thousands of years ago – with people from all of these places.

The reason that Joe shows up with genetic connections to all of these very far away places is because, according to the most recent science, all of the original peoples of North and South America are descended from only a few original groups.  Tens of thousands of years ago, there was a land bridge between Asia and North America and there is solid evidence to support the idea that migration occurred back and forth over this land bridge for a long period of time.  As we know now, of course, water covers this bridge.  At some point, the populations in North America became isolated – both geographically and genetically – from the rest of the world.

These original groups of people migrated south, then others went back north and east, while others kept moving south, until both continents were populated by descendants of these original peoples.  Immediately before the arrival of Europeans in great numbers to North and South America, there were as few as 50 million people, and as many as 100 million people (or more) living all over the “New World”.

The genetic isolation that occurred in North and South America resulted in endogamy (officially defined as “marrying within the limits of a local community, clan, or tribe”).  Since there were no warring or migrating groups in large numbers from anywhere else in the world, it means that most people with extensive history in the Americas are actually related to each other in many different ways.   In order words, the leading theory is that they all descend in some manner, from the same original groups of people from thousands and thousands of years ago.

This was a very long explanation to say that this is the reason why Joe, and maybe even you, with ancestry in Mexico, Brazil, Chile, Honduras, Montana, Maine, or Alaska, might show up with Central American DNA on your ethnicity report.  Most of the DNA testing companies have not quite been able  to “tease out” the nuances that would differentiate Joe’s DNA from someone in, say, Paraguay.  Or a Native American in Montana from a Native American in Mexico.

Unfortunately, this can give people the impression that they have Ancestry from somewhere that they do not.

Does this mean that my ethnicity report is not accurate?

As I mentioned before, my husband got almost 9% South American DNA (specifically, Amazonian).  There is no evidence to suggest that he has recent ancestors from the Amazon, so I am relatively sure that the reason that this showed up on his report is because of the genetic isolation that I mentioned at the beginning of this post.  With all of that said, his ethnicity estimate is fairly accurate, with the majority of his ethnicity correctly represented as Central American, which indeed it is (Mexico, since it is included in the My Heritage Central American map).

I always recommend that my readers use their ethnicity as an additional tool in the family tree toolbox.  It’s fun, interesting, and it can sometimes give us insight into family history that we aren’t familiar with.  Additionally, I am hoping that My Heritage continues to improve its ethnicity estimate technology and focuses on North and South America.

I hope that this post helped you get some helpful insight into the reasons why you might have Central American DNA on your My Heritage ethnicity estimate.  Understanding your ethnicity estimate is a great first step to understanding your DNA results as a whole.  If you have any questions about something that you read here, I would encourage you to leave a comment below. 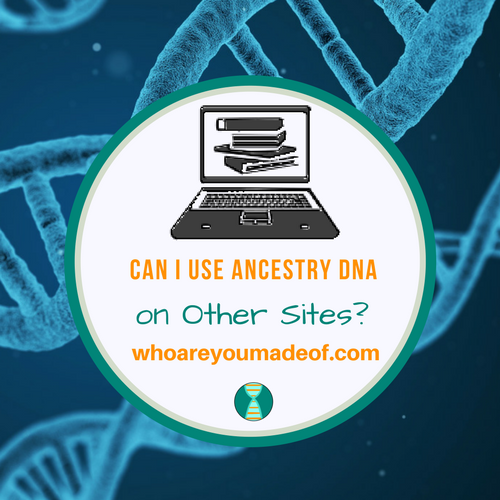 ← Previous
Can I Use Ancestry DNA on Other Sites? 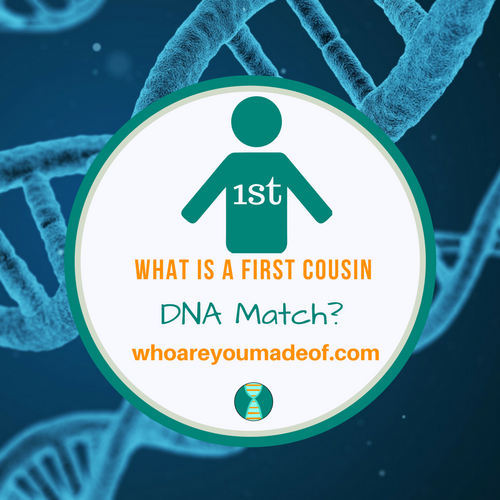 Next →
What is a First Cousin DNA Match?
Click here to cancel reply.