Have you ever wondered which Star Wars characters would show up on Luke Skywalker’s DNA match list? Would he be a match to Owen and Beru Lars? How much DNA would he share with Darth Vader?

These are important questions, and I’ve got the answers! Plus, find a Star Wars family tree.

Before we hop into Luke Skywalker’s DNA match list, it’s important to take a quick look at his family tree. People who are closely related to us, just like the people shown on the Skywalker family tree, always show up as genetic relatives on DNA tests.

The Star Wars Genealogy Tree below shows only the biological relatives of Luke Skywalker. The ones we know about, at least! There is that lingering question about Rey…

Now, let’s take a look to see how those seven biological relatives (minus “The Force”) would show up on Luke’s DNA results match list.

Who is related to Luke Skywalker by blood?

If we were to take a look at Luke Skywalker’s DNA match list, we would see the following people:

It’s good to remember that these people would only show up on his DNA match list if they, too, took DNA tests.

How much DNA would Luke Skywalker and Princess Leia share?

Since Luke Skywalker and Princess Leia are fraternal twins, they will match on a DNA test just like any other siblings. As full siblings (and twins, of course!) they share the same parents.

Luke Skywalker and Princess Leia would share as little as 33% and as much as 50% of their DNA.

The reason that Luke and Leia won’t share 100% (or even a guaranteed 50%) of their DNA with each other even though they have the same parents is because of the way that DNA is inherited.

Luke and Leia both inherited 50% of Padme Amidala and Anakin Skywalker’s DNA, but it wasn’t an identical 50%. A great deal of their DNA is identical, but not all of it.

Cool fact: If Luke and Leia were identical twins, they would share 100% of their DNA with each other.

How much DNA would Luke Skywalker and Shmi Skywalker share?

Luke Skywalker and his grandmother, Shmi, would share approximately 25% of their DNA. They could share as little as about 18%, and as much as about 32%, however.

The reason for the wide range of possible shared DNA between these two relatives is because of the random way in which DNA is inherited. There is no way to know if Luke Skywalker would have inherited more DNA from Shmi and less from his Naberrie grandparents, or vice versa.

There is one major caveat in this discussion, however. If Darth Vader isn’t completely human, or if he inherited DNA only from his mother (and not “The Force”), then we could assume that Shmi Skywalker would share as much DNA with Luke as would a parent.

This is because Darth Vader would have passed down his mother’s DNA almost completely intact to Luke.

How much DNA would Luke Skywalker and Darth Vader share?

There is a lot of debate about whether Darth Vader is actually 100% human, so it definitely makes analysis of his DNA a little more complicated.

Assuming he is 100% human, he would share almost exact 50% of his DNA with Luke Skywalker. Fathers and mothers share just about exactly 50% of their DNA with their children.

Luke Skywalker was raised by his adoptive parents, Owen and Beru Lars. Owen Lars was the biological child of Shmi Skywalker’s husband, Cliegg Lars, and his first wife.

Since we do not know of any biological connection between the Lars family and Luke, we have to assume that they would not show up on his DNA match list.

Is there a biological connection between Luke and his loving adoptive parents perhaps further back than shown in the basic family tree above? Anything is possible.

Both the Lars, Skywalker, and Naberrie families had ancestry on
Tatooine, after all. We don’t know the family tree details going back far enough to rule this out for sure.

If they are related, they would show up as distant cousins on a DNA test, at best. This is because we don’t share DNA with all of our distant relatives.

Interestingly, the more distantly related a relative is to us, the less likely it is that we will share DNA.

How to find out who is on your DNA match list?

If you want to discover genetic relatives and learn about your family’s ancestral background, a DNA test from Ancestry DNA is sure to be an amazing experience.

More than ten million people have taken the Ancestry DNA test. How many of them will be on your match list?

I hope you enjoyed this analysis of Luke Skywalker’s DNA match list, and that it helped you learn a little bit about DNA. Plus, I hope that you are inspired to see who would show up on your list!

As always, if you have any questions about something that you read in this post, or want to know if Kylo Ren’s children would show up on Luke Skywalker’s DNA match list, join us in the discussion below.

Thanks for being here today 🙂 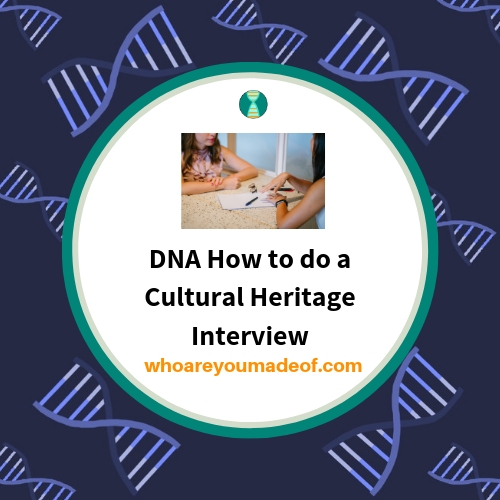 ← Previous
How to do a Cultural Heritage Interview 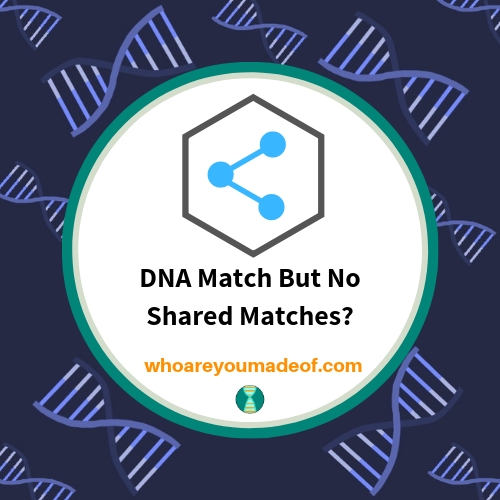 Next →
DNA Match But No Shared Matches?
Click here to cancel reply.