Is Iberian Plus Native American Hispanic?

Ethnicity estimates are a fascinating aspect of DNA testing, and sometimes people are surprised by what they see, and it becomes very important to explain the findings.  If you have Iberian and Native American in your ethnicity results, you might be wondering if the simple explanation is that you have Hispanic or Latino ancestry.  In reality, there are several reasons as to why you might have both of these ethnicities in your results.

If you haven’t yet done a DNA test to see if you have Hispanic or Latino ancestry, this post about the best test for the purpose might help you.

When I use the term Hispanic, I am generally referring to people who are of Latin American descent.  It is true that the word Hispanic can be used to refer to people, places, and things that are Spanish (yes, Spanish from Spain), but it is less commonly used this way within the United States.  Historically, the word “Hispanic” was used to describe the entire Iberian Peninsula, not just the Spanish part.

It should be noted that the terms Latino and Hispanic are not commonly used outside the United States, which might be one reason why there is some debate about which is best to use.  Using either tends to group people with very different languages and cultural backgrounds into just one group.

It isn’t my intention to offend anyone – I just wanted to make sure that we are all on the same page as far as the DNA ethnicity discussion goes.

Before we get started, I would like to address the common misconception that people from Latin America generally only have Native American and Spanish or Portuguese ancestry.  The truth is that most Latin American countries are very genetically diverse.  Each of the 33 countries that comprise Latin America, which spans over two continents, has a rich an unique history.

For the past 500 years, people from all over the world have ended up living in Latin American countries because of a range of circumstances.  There have been large waves of immigrants from dozens of European, Asian, and African countries.  This is important to know because there is no true ethnicity “combination” that defines people who live in Latin America, and their DNA cousins who live here in the US.

The end result of this “truth” is that there are people who are descended from Latinos who don’t show any Iberian Peninsula in their ethnicity results.  Instead, they could show Irish, Bantu, Eastern European, Mali, Jewish, or Polynesia.  It’s also true that while almost all people whose families have lived in Latin America for several generations likely have some Native American ancestry, but not all will show this on their ethnicity estimate.

So while it is common for people who are Hispanic or Latino to have both Iberian Peninsula and Native American ethnicity in their results, it is by far not the only possible ethnicity result someone testing from this population could expect.  Keep this in mind, because if you know that you do have Latino ancestors, you could have inherited a variety of ethnicities from them.  A good thing to know while researching your family!

(Also, it’s important to note that even people who live in Spain are genetically diverse!  The average modern Spaniard only shows around 51% Iberian Peninsula.)

Iberian and Native American and not of Hispanic or Latino descent

Just like in the case of Latin American countries, the United States has an interesting history.  When Europeans first arrived in North America, there was a large population of people already living here.  Estimates range from 2-18 million people.  Actual numbers probably fall somewhere in the middle of that range.  While many of these people did die of illness and violence, many of them also survived and have descendants who are alive today.

Some of those indigenous Americans who survived contact with Europeans had descendants who intermarried with people of European descent.  Many of the populations who came to what is now the United States from Europe came from countries which typically show substantial Iberian Peninsula ethnicity.

(If you need to find more DNA matches to get a better idea of your family’s history, read my post about where you can upload your DNA to find more matches)

The more information you can gather about your family’s history, the better.  Once you’ve followed all the steps above, and if you don’t see any signs that you have any Hispanic or Latino ancestors, then you might consider that you inherited these two ethnicities in a different way (i.e. not from a Latin American ancestor).

When your Native American and Iberian is Hispanic or Latino

If you think that you might have a Latino/a ancestor in your direct line, you might have guessed by now that you might have inherited more than just your Iberian Peninsula and Native American ethnicity from him or her.  This is one of the reasons that family tree research in Latin America is so fascinating to me.  There is so much history and culture to learn and explore, and DNA is a great step to point you in the right direction.

I have personally seen DNA results from Latin America come back with any number of ethnicities, like Russia, West Asia, Polynesia, Ireland, Italy/Greece, North Africa (and other regions in Africa), European Jewish, Eastern European, East Asia, Scandinavia, and on and on!

In order to figure out whether your Native American and Iberian ethnicities are a clue that will lead you to Hispanic ancestors, you should check this list:

I mentioned this above, but it’s worth writing this again:  If you need to find more DNA matches, I wrote a post about free sites where you can upload your DNA and get more matches, as well as alternative ethnicity estimates.   In my own experience researching families who have recently immigrated to the United States, like many Latino families, it can be tough to get records because of geographic and language barriers.  I sometimes have trouble finding family trees for matches, so casting a very wide net and finding as many trees as possible is the best strategy.

I hope that this article helped you get a better idea about how you might have acquired your Native American and Iberian Peninsula DNA ethnicities.  Please let me know if you have anything to add, a question, or a story to share.  I would love to hear from you in the comments. 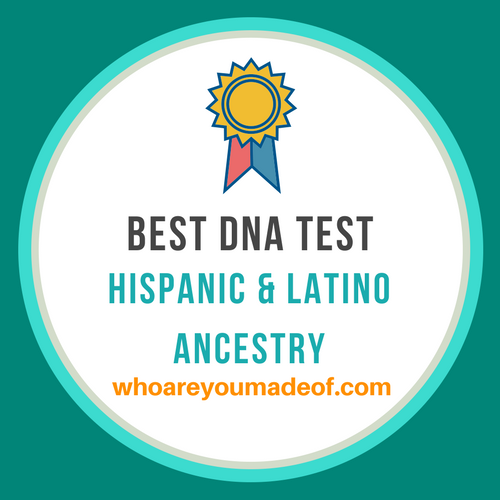 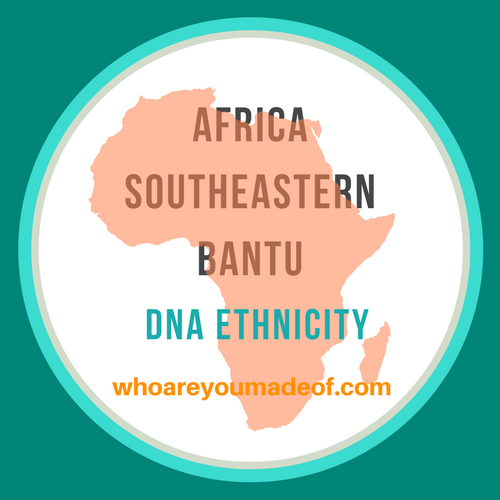