How Do Identical Twins Show up On DNA Results

If you have identical twins in your family, or wonder if you do, this post will help you know what to look for as far as shared DNA between identical twins and their descendants is concerned.

This question comes up so often on social media, in my inbox, and elsewhere on the internets – so I figured that a end-all-be-all post on the topic is in order.

Before we get started with the main topic of the post, it is important to note that some people are twins and look very similar, but are not genetically identical.

A famous example that comes to mind are the Mary Kate and Ashley Olsen twins.  They looked very similar when they were small children – similar enough that they could fill in for each other during the same episode of a TV show.

As they grew up, we can see very obvious differences in their appearance, even though they still do look very much like each other.

They are fraternal twins.

This is important to know, since two fraternal twins will only share the same amount as two non-twin full siblings share.  Especially for older people, born before some of the modern science we now have access to, fraternal twins could be mistaken for identical twins.

How do identical twins show up on DNA results?

Identical twins who are truly identical will appear as themselves on a DNA test.  Depending on the DNA testing company that they test with, it will probably say “Self” in the estimated relationship category.

The approximate amount of shared DNA, in centimorgans (cMs) is 3400.

It is important to note that this post, and this website, addresses primarily autosomal DNA testing.  There is evidence that shows that there is enough slight difference between two identical twins as they reach adulthood that an advanced test designed solely to determine paternity in these situations could determine which twin is the parent.

The average paternity test is not sensitive enough to pick up on the very subtle differences in the DNA of identical twins, however, and it will be similar to the results of an autosomal test.

How much DNA does the child of an identical twin share with their parent’s twin?

This means that it would be impossible for an autosomal DNA test to determine which twin is the parent.  A person will share approximately 50% of their DNA, or between 3400-3600 with their parent, and the same amount with the identical twin sibling of their parent.

How do the children of identical twins show up on DNA results?

By now, you might be guessing that the children of identical twin siblings (two identical twins who have children with non-related people) will share more DNA than the “average” first cousins.  If you guessed this, then you are correct.

For example, the children of two identical twin brothers will share the same amount of DNA as half-siblings.  There will be no distinguishable difference in their DNA compared with typical half-siblings, and as far as I have read, there is no commercially available science that would be able to determine whether they are half-siblings or first cousins (as offspring of identical twins).

The only way to get any insight into the answer to this question would be to get a good understanding of geographical locations, talking to people involved, and viewing vital records.  Any clue of this nature could help determine which twin is likely the parent.

How much DNA would the offspring of two sets of identical twins share?

This question isn’t as crazy as it sounds since throughout life, we tend to seek out people who share something in common with us.  And who better to understand what it is like to be an identical twin than another identical twin?

It doesn’t seem like too much of a stretch to imagine that it would be pretty usual for the other twin to become involved with the remaining twin, right?  So what about the offspring of two relationships like this? How much DNA would these first cousins share?

Children of one couple (full siblings) will also share DNA with each other in the same full-sibling range, which will make it impossible to distinguish whether they are full siblings or first cousins, in a genealogical sense.

Fortunately for those of us who are involved in genetic genealogy, the situations that I describe here in this post aren’t very common.  It’s good to know, however, because if there is a pattern of twins in your family, shared DNA could end up being very confusing and it will help you to know what to look for.

If you have any other questions about twins and their descendants and the amount of DNA that they might share, post it in the comments at the end of the post so I can answer it and add it to the article – I hope to hear from you! 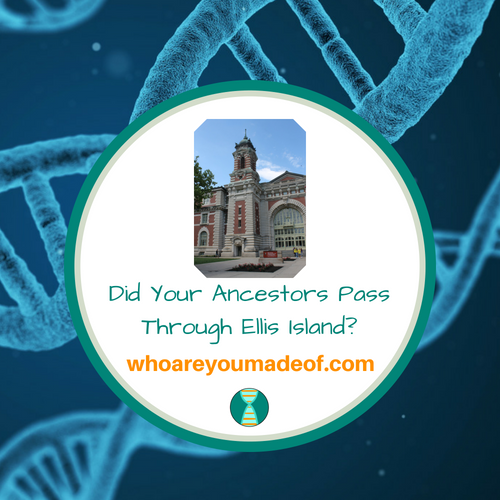 ← Previous
Did Your Ancestors Pass Through Ellis Island? 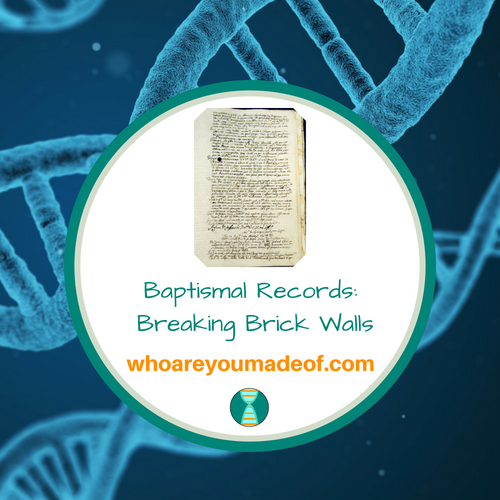 My paternal grandmother and her sister were identical twins. I understand that would make my father and his first cousins show up biologically as half-siblings.

Yet his first cousin (my second cousin) shares 1343 cM - 30 segments of DNA with me, indicating a half-sister relationship.

How is this possible given my grandmother's identical twin status? Wouldn't she and I share 625+ cMs?

Hi - I'm confused about how many centimorgans an identical twin (or a 2nd test of the same person - truly "self") would be shared. I would have guessed 6800 but you're saying 3400 - but 3400 is also what you say to non-twin siblings would shared. Or a parent/child.

Hi Sharon, Thank you so much for your question and comment. You bring up an excellent point. Since a human does have approximately between 6800-7200 centimorgans (exact number depends on testing procedures), you would expect the DNA test to show this on test results. In fact, identical twins really do share that much DNA, but they won't show up on DNA results like that. Identical twins share full copies of both chromosomes, but DNA testing companies don't currently distinguish between full and half-identical regions in the tally for total shared segment length. That's why the total for twins is really half of what the total amount of DNA that they really share. I hope that this explanation makes sense! Mercedes