How Can My Son Match Someone That I Don’t?

Does your son or daughter have DNA matches that you don’t?  It’s totally normal, and it doesn’t mean that there is anything wrong with their test results. There are four main reasons why this happens, and in this post, you’ll learn about them.

The four main reasons that your son (or daughter) has matches that don’t match you:

(in order of likelihood)

Below, you can read about each of these reasons and learn more about when they occur, and ways to learn which apply in your particular situation.

The most likely reason that your child has matches that don’t match you is that they share identical DNA segments with their match that they inherited from their other parent.  This might seem like an obvious reason, but there is a lot of misinformation on the internet about how DNA is inherited.  Every child inherited 50% of their DNA from each parent, and no child shares more DNA with one parent than the other.  This means that in many situations, DNA matches will be fairly evenly split between parents.

For people who are descended from families who have lived in the United States for many generations, a person testing should have matches from both sides of their families.  Since this is the US, however, we have lots of people who come from families of relatively recent immigrants – my own included.  I have thousands of matches from my father’s side, and hundreds from my mother’s side.

Why do I have more DNA matches from one parent?

Do I just have less relatives on my mother’s side?  Probably not.  More likely, my mother’s DNA relatives live in countries like Poland, Serbia, Hungary, Russia, and Germany – places where DNA testing is less popular or just done with other companies and are not in Ancestry DNA’s database of DNA kits.

So if your child shows several dozen pages of matches that only match you (or don’t match you at all) it doesn’t mean that they share more DNA with the other parent.  It just means that more people who are related to one side of your child’s family have access to, and decided to participate in, autosomal DNA testing.

#2  The match is related to both you and the other parent of your child, but doesn’t share enough DNA with you to show up on your list

You might see a match that shares, for example, 31 centimorgans of DNA with your child, but only 25 centimorgans with the other parent of the child.  How is it possible for your child to share more DNA with a match than the match shares with the person that they match through?  This is the exact scenario that I am talking about – your child might be related to this person on both sides of their family.

Ancestry DNA classifies a 6 cM segment match as distant, which in most cases it is a very distant match.   Ancestry DNA doesn’t show distant cousin matches under the “Shared Matches” tab.  In order to find this person on your DNA match list, you would have to search through pages and pages of matches, and you still might not be able to even find them.

A mystery DNA match pops up for your child, and is not on your match list.  Let’s say that this mystery DNA match matches the other parent of your child at 22.5 centimorgans.  You may or may not know how much DNA the match shares with your spouse (or the other parent of your child) since they may or may not have done a DNA test.  But we’ll pretend they have just for explaining this scenario.

When you look at the mystery match’s family tree, you realize that they have a common name with your side of the family, too.  Since it’s possible that you share a very small DNA segment with this person, even though they aren’t on your DNA match list, you upload your DNA to Gedmatch, and you ask your child’s match to do the same.  They are curious, too, so they comply.  (What is Gedmatch?)

You are able to compare your DNA with your child’s mystery match, and you can see that you share a 6 centimorgan segment.  This is a really small segment, and wouldn’t usually show up on your match list.  Since you have a person in common in your tree, there is a good chance that it is a legitimate segment (i.e. not a coincidence).  If you use Gedmatch and have your child’s DNA on the site, along with the DNA of their other parent, you might see this type of scenario occur frequently.

The result of this small segment from you and the larger segment from their other parent resulted in a higher amount of shared DNA on the testing site.

#3 The match has a small coincidentally identical segment, along with an identical by descent segment that they share with your child

So if your child has match with whom they share a 30 cM segment and an 6 cM segment, there is a big chance that the 6 cM segment is what geneticists call “identical by state” – meaning that the smaller segment just happens to be identical.  You can verify this by comparing your DNA on Gedmatch.  If the match shares no DNA with you, and only 30 cMs with their other parent, then the 6 cM segment is coincidental and does not indicate a shared ancestor.

As I discussed in the section above, it is possible to show very small amounts of identical DNA with someone and not be related at all in a genealogical sense.  In other words, you can share a very short DNA segment and have no common ancestor that could be traced.  The smaller the shared DNA segment, the higher the probability that this is the case.  This is called identical by state (IBS), as opposed to identical by descent (IBD).

In the case of your child having a DNA match that you don’t, if the segment is very small, there is a good possibility that they just happen to match this person.  The match could be insignificant in terms of family tree research because they might not be related to your child at all.  This scenario is most common with short segments under about 10 centimorgans, but it is possible to have segments a little longer than that match by coincidence.

I hope that this post gave you some ideas as to how someone can show up on your child’s DNA match list, and not be present on yours.  I would love to hear from you in the comments if you have any questions or anything to add about something you’ve seen in your own DNA results. 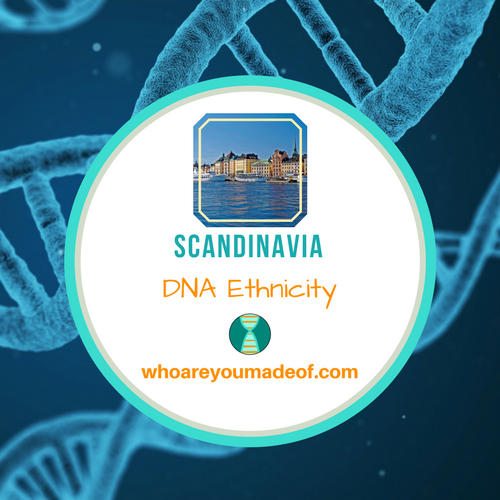 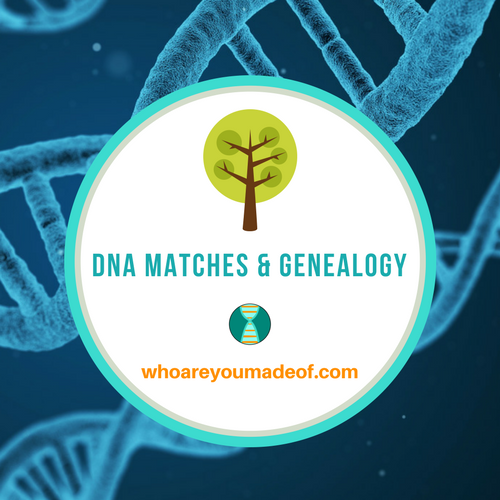