Could a DNA Test Tell Us if Elizabeth Warren is Native American?

Have you heard all the fuss about Elizabeth Warren claiming to have Native American ancestry? Many of her defenders and detractors have suggested – even demanded – that she take a DNA test, but she has refused.

Whether or not you agree with her politics or not, she’s made the right decision by refusing to do a DNA test.  In this post, I’ll tell you why a DNA test can’t give us a definitive answer about whether Elizabeth Warren is, or isn’t Native American.

I first got interested in this topic about a year ago, and I began researching Elizabeth Warren’s tree.  She has suggested that her Native American roots are from her maternal grandmother’s side of the family – but I checked into all lines of her family just in case.

I didn’t consult writings of other genealogists because I didn’t want to cloud my judgement, and my Elizabeth Warren family tree led me right to the same dead-end that everyone else has encountered when they are looking to prove – or disprove – Elizabeth’s claim.

So, it’s no surprise that many people wonder why she doesn’t just take a DNA test to resolve this question once and for all.  The problem is, it won’t help, and it might just make matters worse.  Keep reading to find out why.

October 2018 Update:  She DID take a DNA test, much to everyone’s surprise.  Her DNA results did reveal strong probability of a distant Native American ancestor, which is exactly what my examination of her family tree suggested that it might show.  I’m working on a post about her results, which I will link to here on Tuesday, October 16, 2018.

Elizabeth Warren doesn’t share DNA with all of her ancestors

It’s a fact that Elizabeth Warren doesn’t share DNA with all of her ancestors.  There is nothing special about her genome – none of us have a genome big enough to fit DNA from all of our ancestors.

You can see how many ancestors we have just a few generations back, and how fast they add up.  The number doubles so quickly that the number of 10th great-grandparents can reach over 4000 for many of us!

So no, you don’t share DNA with all of your ancestors, and neither does Elizabeth Warren.  This means that it is possible for Elizabeth to have a full Native American ancestor in her direct line several generations back with whom she would share absolutely no DNA.

How does this happen?

How DNA is inherited – even Native American DNA

The same is true for Elizabeth’s mother, and her maternal grandmother, Hannie Crawford – the ancestor from whom Elizabeth believes she inherited her Native American heritage.

In this scenario, the great-great-great grandmother wasn’t 100% Native American.  Elizabeth’s 3rd great-grandparents were all born in the late 1700s, and we all know that people with African and European ancestry had already been living on this continent for hundreds of years by that point, leading to the assumption that there could have been many people living on Native American lands and with a Native American identity with at least a small amount of European admixture (fancy genetic word for “mixing”).

This means that Elizabeth’s great-grandmother could have only inherited 18.75% Native American ancestry at the most, and her grandmother 9.375%, her mother 4.688%, and Elizabeth 2.34%.

By this point, you can see that if Elizabeth’s 3rd great-grandmother was either less than 75% Native American, or more distant than a 3rd great-grandmother, she may have only inherited a minuscule amount of DNA from her.  Any amount less than 1-2% is usually regarded as statistical noise on a DNA test, and some tests won’t report regions that can’t be determined with high confidence.

This scenario is slightly more realistic.  Would you believe that you could share absolutely no detectable DNA with a 3rd great-grandmother?  It’s possible, while unlikely.

The more distant the ancestor, the more likely it is that you’ll have inherited no DNA from them.  The reason for this is because DNA is rarely inherited in a “perfect” 50%-less-each-time pattern.  It’s a little messier than that in real life, though demonstrating the pattern can sometimes help people understand the concept of DNA inheritance.

In the real world, if a parent is 50% Native American and 50% British, for example, the child could inherit:

In other words, they could have inherited any number of combinations that equal 50% of that parent’s DNA.  If a parent is 50% one ethnicity and 50% another, there is a very good chance that a child will inherit at least some of both ethnicities.

If we imagine that Hannie only inherited 5% Native American from her mom, that means that there was 95% other ethnicities for Elizabeth’s mother to inherit, and there is a big chance that the random 50% that makes up the DNA she inherited from her mom does not contain any Native American.

You can imagine what this means for Elizabeth Warren.  It is very unlikely that her DNA test would show any substantial amount of Native American DNA even if she does have Native American in her direct line.

I hope that you had fun reading this post and thinking about all of the different scenarios pertaining to Elizabeth Warren and her Native American heritage (or not).  If you have any questions about something that you read, or would like to add your own (polite) two cents, I would love to hear from you in the comments. ← Previous
How to Help a DNA Match Who is Adopted 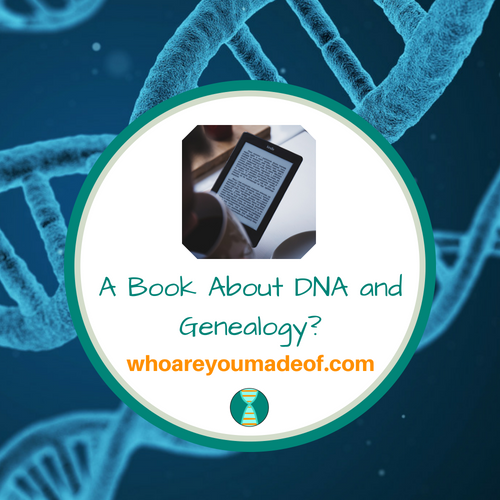 Next →
A Book About DNA and Genealogy?
Click here to cancel reply.