Wonder what Ancestry DNA Hispanic DNA results look like? If you have family from Latin America, this post will help you understand what you should expect from your DNA results.

There is a reason why you didn’t see Hispanic DNA listed in your Ancestry results.  Lots of people are surprised or confused by their ethnicity estimates – I know that my family was!

In this article, you will learn:

Have you checked out my DNA Tools Page yet?  I have carefully compiled my best blog posts, as well as links to other resources that can help you learn as much as you can from your DNA.

Is there such a thing as Hispanic DNA?

What does the term Hispanic even mean?  According to the US government, “Hispanic” is not a race, but instead is an ethnicity.

Socially, many people either self-describe or are described as Hispanic, and it typically means that they are either from or are descended from inhabitants of a Latin American country*.

If it’s really an ethnicity, then why doesn’t it show up on DNA ethnicity results?

Genetically speaking, there is no real Hispanic ethnicity.  People who live in North and South America are extremely diverse.  From a genetic background perspective, people in Argentina, Mexico, and Costa Rica can have very little in common.

It is more useful to realize that people who live in those countries have immigrant ancestors from all over the world, just like people in the United States.

*Many people prefer the term “Latino”, or identify as Mexican-American, or Colombian-American, etc.  It is not my intention here to offend or generalize.

If you are interested in trying to find out more about your Hispanic/Latino ancestry, the first step is to start a family tree and add as many people to it as you can.  It helps to talk with your older relatives to find out what they know.

I prefer using Ancestry for building family trees for me and my friends and family.

But What About the Native American in My DNA Results?

If you were expecting to find Hispanic heritage in your DNA, then there is a big possibility that you did find at least a trace of Native American ethnicity.

For example,  I administer DNA kits for two people who have Mexican ancestry.  One person, born in Mexico, has 90% Native American DNA. The other, with one Mexican parent, has 27%.

According to statistics, the average Mexican will have somewhere between 20-25% Native American ancestry.

The average Native American DNA found in residents of other Latin American countries will vary, since the histories of these countries vary very dramatically.  Some countries had more European immigration than others, and in some countries, there was more admixture (basically, mixing) of immigrant and indigenous communities.

How Communities from North and South America Are Genetically Linked

While scientists don’t understand exactly how and when North and South American was populated, they do believe that it was a small population of only around 1,000 people who came from Asia many thousands of years ago.

The general consensus is that the indigenous communities of North and South America are all descended from this original population group.  They migrated south, populating the land and forming diverse, new communities.

While there is a big difference, obviously, from a cultural standpoint, between Native Americans in New Jersey and those in Bolivia, they share a genetic link that is much stronger than most people who are very distantly related would typically share.

How strong a link?  The person whose kit I manage who has 90% Native American ancestry is a great example.

Have you ever heard about the 12,000 year old Native American boy whose body was found in Montana?  It’s a very famous discover and it helped scientists understand a lot about migration and the way that people might have lived back then.

There is a very neat website where you can compare your DNA to ancient samples, like the Clovis one.  The person whose kit I manage (the test taker), shares enough DNA with this 12,000 year old sample that the system estimates that they are related to each other at a 4th-6th cousin level:

Of course this doesn’t mean that the DNA test taker is an actual 5th cousin to someone who lived 12,000 years ago.  I show you this example to help you understand how people who live so far away from each other can be genetically linked – and more relevant to our discussion, how they can define a “Native American” ethnicity across such as big geographic region.

Most people learned in school that the Spanish colonized most of South America, Mexico, and even part of what is now the United States.  This is common knowledge, and so most people are not surprised when they are Latino and find some Spanish (Iberian Peninsula) DNA in their results.

What most people aren’t as familiar with is the rich history of all of Latin America’s individual countries and how people from dozens of other countries ended up living there.

There are 20 countries in Latin America – too many to cover in this post.  I chose two different countries just to illustrate how different and diverse Latin American countries are, and what ethnicities you might find in your DNA results based on your ancestry in these countries.

In Mexico, you will find people with ethnic backgrounds from:

A country like Argentina, which has had an exceptionally large number of immigrants over the past few centuries, will show an even more diverse population.  In general, people in Argentina have a lower percentage of Native American DNA (less than 20%, on average).

In Argentina, you will find people descended from populations from:

Check out this map of Argentina showing people in the 1914 census who self-reported that they were born in Europe:

In other words, people who live in Latin America are not simply a combination of Native American and Spanish DNA.

I hope that you have learned a little about what to expect in your DNA results if you have ancestry from any Latin American country.  Basically, you never know what to expect!

Everyone that I know who has parents from a Latin American country was very surprised about their ethnicity results.

You haven’t yet tested your DNA?

What surprised you about yours?  Let’s discuss it in the comments! 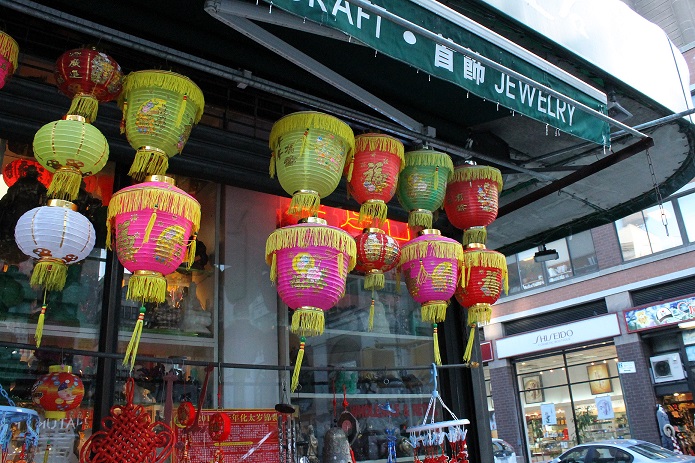 ← Previous
What is the Average Number of DNA Matches for an Ancestry DNA Customer? 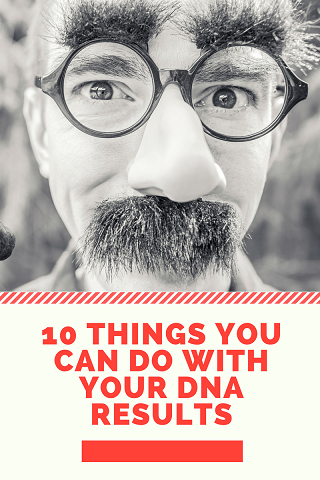 Next →
What Can I Do With My Ancestry DNA Results?
Click here to cancel reply.

Hello Mercedes, I don't know much about my father's side of the family but both my parents and both paternal and maternal grandparents are from Colombia. My concern is will the ancestry service be able to figure out my true ancestry. Via inquiry from some family members (most who are no longer alive), I have found ou that some last names in my family were not really the proper family name but was used in birth certificates. I don't want to go through all of this to find out that this hinders the research. I know both my parent's last names but not sure my father's is actually is father's l.name. Same issue on my maternal side. I don't believe my maternal grandfather's last name is his father's last name. What do you suggest? Thank you.

My cousin did her dna and she was shocked. Her mom and my uncle are from Mexico. My uncle Sonora and her mom michuacan. She has iberian, western europe and middle east. No native american came up which shocked her mom. She always thought she was half native half european. There was also semetic. My uncle was 6'4 hazel eyes brown hair. His side came to Sonora in 1718 from the Canary islands. Another cousin has European and Frisian Island plus semetic. Also on my uncle's side, who is my mom's brother. My dad came up European and Iberia only.

My family member took the test and is rather perplexed. He has been told he is from Mexican descent on his mothers side, and The Ishes on my side english, irish, european etc. but nothing showed up showing Mexican. is mexico clumped into another Ethnic group? he came up double digets with Italian, European,Ireland,great Britian. only other results is 2 % no african and 6% Native American and Scandinavian. would the Mexican be in what they are terming Native American?

Hi Dee, Thank you so much for your comment. Your family member's concern is very common, and you are right, there is no "Mexican" ethnicity category. Mexico is a very diverse country, and people who have Mexican ancestry typically will show Native American admixed with any number of European, African, and Asian ethnicities. Very commonly Ireland, Iberian Peninsula, and Italy will show up on a DNA test. Many Mexicans also have Asian or African ancestry, or even both. So the Mexican part of his ancestry will likely be the Native American along with some of the other ethnicities that you mentioned. I wrote an entire post that goes a little more into depth about DNA and Mexico, if you are interested: https://whoareyoumadeof.com/blog/2017/10/24/is-there-such-a-thing-as-mexican-dna/ I hope that this helps you and your family member make more sense of their results.

Hello! Im frol venezuela and will like to do one ancestry dna test to see my background but not sure which one to take as i see some of them just have databased of european countries ... Which one u recomendded that have more data on south americans so it would be more accurrute and not just say i have native american and not go into more details in that section

If you are currently in the US, the best company out of the "big 3" companies that offer this type of testing is Ancestry DNA. They do have a diverse sample group of people who have deep ancestry in North and South America, and have recently updated their ethnicity results to reflect 30 different geographic areas across North and South America. The only problem is that they are still working on adding more groups to South America, and as of today, only have one that covers Peru, Chile, and Ecuador.

The reason that I think Ancestry is the best for you is because they will include you in their updates as their algorithm gets better at showing more specific regions in Native American DNA. (There is a link at the top of this page where you can get the kit at a discount)

If you are outside the US, many people have chosen to test with Family Tree DNA, though I have not found their ethnicity estimate for Native Americans to show as much accurate detail. No matter which company you decide to test with, you will probably learn a lot from your ethnicity estimate, since most people from South America also have European, Asian, and/or African DNA, as well.

It should be really exciting to see :) Thank you so much for reading this post, and for your comment. I really appreciate it!