Why doesn’t my Native American ancestry show up in my ethnicity results?

There are a few common reasons why this happens, and we’ll talk about them in this article.

Reasons why Native American ancestry doesn’t show up in your ethnicity results:

I realize that some of the topics that I discuss in this post will not be easy to read, or what some people might want to hear.  In addition, this is a sensitive topic for many people, and I will try to handle it with care.

This is probably the most common reason that people don’t see the Native American ancestry that they were expecting in their results.  Have you ever heard of the “Cherokee princess” myth?

It’s basically the idea that many American families of primarily European descent have a family story that explains that they are all descended from a mysterious Cherokee princess.

It’s interesting that the princess has to be Cherokee, since there are 562 federally recognized tribes in the US, and many more that are not officially recognized by the federal government.  Why not an Iroquois, Wampanoag, or a Sioux princess?

And why does it have to be a princess?  Would this female relative not be as valuable if she had just been a regular person, like you and me?  Alas, I digress…

Other families have “suspicions” that an older family member has Native American ancestry simply because they have a darker complexion, a particular facial structure, or just “look Native American”.  This actually was the case in my own family.

We all thought that our elderly relative’s “olive” skin tone meant that she was hiding a Native American ancestor, when in reality, it was her Iberian Peninsula, and Greek, and Italian ancestry that likely gave her those physical traits.

It does make sense from a logical perspective that there were white Europeans that admixed with indigenous Americans.   Europeans and Africans have been on this continent for more than five hundred years, and we do know that there was a lot of intermarriage during these groups at different points in history.

If you are interested, this paper about interracial marriage offers a helpful explanation on the topic: Interracial Marriage in Early America. These marriages and unions absolutely produced descendants – no doubt.

With this in mind, we have to acknowledge that there were many social and economic constraints on marriages between the races, and even though it did happen, it was relatively uncommon.  This means that there are many more people descended from families that didn’t intermarry, than those who are descended from a Native American marrying a person of European or African descent.

So while it is true that there are some people with Native American ancestry, there are many more with none.

There are different types of DNA tests.  The most common is the autosomal DNA test.  It’s fairly inexpensive, versatile, and extremely useful, but it does have limitations.

The testing companies like to say that their tests can tell you your ancestry going back about 300-500 years.  This is true – to an extent.

In order to understand how this can affect how ethnicity can show up (or not show up) in your DNA results, we have to understand a little bit about how DNA is inherited.  We’ll use a made-up family as an example.

Start with your pretend great-great grandmother:

Your great-grandmother inherited 50% of her DNA from her mother (who was your great-great grandmother)  Let’s pretend she was the child of a Native American and white person with no indigenous ancestry.

This means that your great-grandmother was 25% Native American.

Since she got 50% of her DNA from her mother, she could have gotten some DNA that was not Native American, so her percentage could be less than 25%.

And because you inherited 50% of your DNA from your father, and he only had 12.5% Native American, you will likely have around 6.25% show up on your DNA test.

If you are researching your family tree and find a paper trail that leads to a Native American ancestor, but are confused because you don’t have any Native American in your DNA, don’t worry.  If the ancestor was several generations back, your paper trail could still be right.

This is the least common scenario, but it is a part of history that we should know more about.   What do I mean by “not Native by birth”?  I don’t mean to imply that someone born into a tribe was not actually a member of that tribe, but only that their DNA and ethnicity makeup did not reflect their citizenship of that tribe when they were born.

Just like when someone is adopted by a loving adoptive family, the person becomes part of that family but does not share DNA with the family members.  Many people ended up living among Native Americans via adoption-type situations (and as it seems, occasionally, kidnapping).

There were a few stories like that of Herman Lehmann, which while unusual and a bit fantastical, did occasionally occur.

I am not an expert on the indigenous cultures that existed here in the US before the arrival of the Europeans, but based on what I have read, there were cultural and practical reasons that some white men, women, and children were sometimes taken from their communities during raids or battles.  Attempts were often made to assimilate these individuals into the tribes, and they were often treated quite well after the initial trauma was ended.

There are not many reliable sources of information about how common adoption (whether forced or voluntary) might have been, but I did read an article which described another example of a young girl who grew up as a Native American with the Delaware Tribe.  In the case of this young woman, she eventually was forced to return to her original (white) community, possibly leaving behind children.

It is not commonly known, but some Native American tribe members participated in slavery , and most of the tribes eventually granted the freedmen citizenship in their tribes.  While slavery as we understand it didn’t really exist in the indigenous American cultures before the Europeans arrived, there is evidence that the tribes were encouraged to participate in the trade of enslaved people – and eventually, some did.

Many times, however, even if a person was an enslaved person living in a tribe, their children were born free.

While this the focus of this article is not slavery, I think it is important to mention that thousands upon thousands of Native Americans were also enslaved by Europeans.

This particular topic deserves an entire book written about it to do it even a modicum of justice.  I hope that this very basic explanation can help point you in the right direction as far as understanding your DNA ethnicity results.

If you feel very confident that you should have found Native American in your DNA, you might consider that your ancestor was not Native American by birth, or was born into tribal citizenship through parents who came to be Native American through adoption or slavery.

Follow that paper trail as far back as you can, and check out the family trees of your DNA matches along the way to see if you spot anything that gives you clues as to what might have happened.

Do you still feel like you should have found Native American DNA in your DNA results?

Did you know that your siblings didn’t inherit the exact DNA from your parents that you did?  And that your aunts and uncles don’t share 100% of their genes with your mother and father?

As you read towards the beginning of this post, children only inherit 50% of their DNA from each parent, and they don’t inherit the same 50% as their siblings.  There is a good amount of DNA that will the same, but about the same amount that will be different.

To order additional Ancestry DNA tests, you can use the link below.  I will receive a very small commission (at absolutely no extra cost to you) that helps me support this website, so thank you so much:

I hope that this article helped you understand a few reasons why the Native American that you thought you would find didn’t show up in your results.   Do you have any questions or comments, or stories that you would like to share?  I would love to hear from you in the comments.

Thanks for stopping  by! 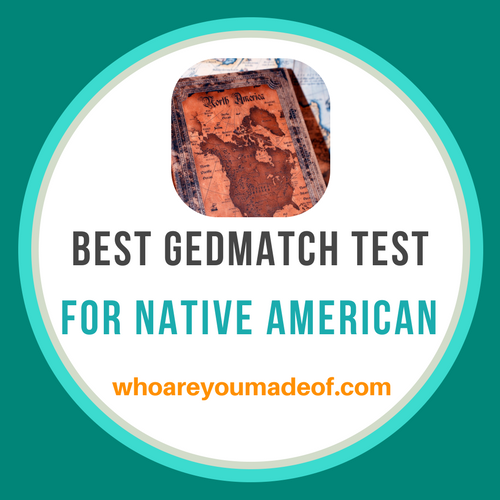 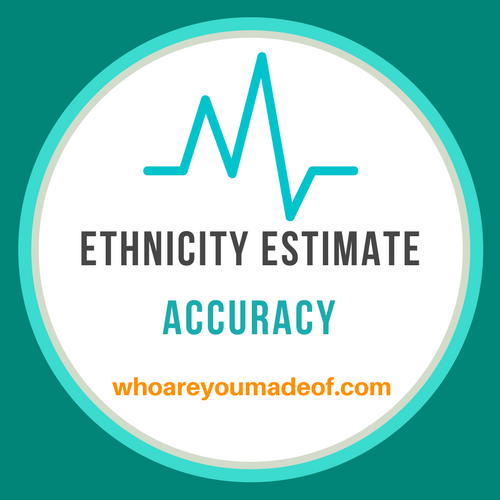