Native American DNA Ethnicity on Ancestry: What Does it Mean?

Where is the Native American DNA ethnicity located?

Native (since they are native to those lands) and American because that is the word to describe both the northern and southern continents in this hemisphere.

In the image below, you can see the part of the world where Native American DNA ethnicity is typically found:

The reason that the indigenous people across both continents show up with similar ancestry on autosomal genealogical DNA tests is because they are all descended from a small number of groups that traveled across a land bridge connecting Asia and North America about 30,000 years ago.  Many scientists believe that the first groups may have been tracking animal herds, and then eventually settled in the vast new territories that they discovered.

The descendants of these original communities quickly populated both continents.  Since there was little contact with outside groups, which was not the case in many other parts of the world, there are strong genetic similarities between indigenous peoples of the Americas, regardless of the geographic distance that might separate them.

Which countries have Native American DNA?

Since Native American DNA can be found across both North and South America – stretching from the Arctic Circle to the tip of Chile, you probably won’t be surprised to know that the area covers a few dozen countries.  The probability of a person from any of these countries having Native American DNA depends on that country’s unique history.

There were well over 100 million indigenous individuals living in North and South America prior to the arrival of Europeans, but this population was severely decimated by disease.  In some countries, remaining indigenous populations were displaced, in others they were enslaved or killed, and in others still they were accepted as part of newly formed societies and “admixed” with Europeans and Africans.

The following are the countries on the North and South American continents:

If you have ancestors who were from any of the above countries, it is possible that you inherited your Native American DNA from them.  As I mentioned before, each country has an individual history – some countries have more obvious evidence of their indigenous Native American past than others.

I think, for example, of the islands of Antigua and Barbuda.  The citizens of the country are commonly referred to as being primarily descended from Africans and Europeans, but mitochondrial and Y-DNA tests have shown that 28% of residents have indigenous ancestry on their paternal lines, and 42% on their maternal lines.

Is Native American DNA typically found outside of North and South America?

This doesn’t mean that Native American is related to the Iberian Peninsula in any genetic way, but it is evidence of more than 500 years of contact between Spain and the “New World”.

For example, Mexico has historically received a significant number of Spanish immigrants annually.  There are two historic waves of Spanish immigration (colonial times and after the Spanish Civil War) and one ongoing (the post 2008 financial crisis).

Spain and Mexico have a long shared history, a shared language, and shared food and cultural traditions – so it makes sense that people from either country would consider living in the other.

I can imagine, however, that people with Spanish parents or grandparents might have considered going back to Spain once the financial or political situation improved in Europe.  The individual with Spanish parents or grandparents might be the offspring of someone who has Native American ancestry, and when they go back to Spain, they take their genetic diversity with them.

Additionally, about 4% of people Native to the East Asia region will show at least some Native American DNA.

How genetically diverse are Native Americans?

Ancestry included people whose families have verifiable deep roots in the continents of North and South America to make up their reference panel, and uses this reference panel to compare with your DNA to determine the percentage of your DNA that matches the Native American region.

North and South America cover an expansive geographic distance, and each area has experienced immigration from different areas.  Native Americans across the continents “admixed” with newcomers from Europe, Africa and Asia.

The exact genetic makeup of your ancestors will depend greatly on the history of the country where they lived, even if political boundaries have changed over the past several hundred years.

So what does it mean if Native American DNA showed up on Ancestry DNA results?

Having Native American DNA show up on a DNA test does not qualify anyone for membership in any tribe, or for any sort of special government benefits in the US (this is largely a myth).  Even so, I would recommend that you spend some time trying to figure out how you may have inherited your Native American DNA and learning about the culture(s) of your ancestors.

How did you inherit your Native American DNA?

As you now know, you could have inherited your Native American DNA from anyone who has deep roots anywhere on the North or South American continents.  This is a wide geographic area to consider, but most people have a general idea of the countries their ancestors came from.

Do you know that you had a Mexican great-grandfather?  Was your dad from Peru?  Do you have lines in your family that go back many generations in the United States or Canada?

Are you Puerto Rican?  Questions like these will help you understand who might have passed their Native American genes down to you.

What if you are adopted and don’t know how you inherited your Native American DNA?  A helpful clue is to take a look at your DNA matches that match you at a 4th cousin level or closer.

You will be able to find information in their names, profiles, and family trees that can help you understand where your Native American ancestors might have lived.

For example, my husband is primarily Native American from Mexico.  On his DNA match list, all of his 4th cousins have recent ancestors from Mexico, and of course, all of their names are Spanish in origin.

Is it possible to trace Native American DNA?

Yes!  It’s very possible to trace your Native American DNA back to your ancestor.  In some cases, it may even be possible to determine which tribe or group they likely belonged to.

Did you know that there is a chance that there are people who still speak the language and practice the customs of your ancestors?  There are hundreds upon hundreds of indigenous tribes and groups living across North and South America, and there are millions of speakers of indigenous languages.

The first step to tracing your Native American history is to start building a basic family tree using information that you already know about your family.  The next step is to talk to your older family members and learn as much as you can about your grandparents, great-grandparents, and even great-great grandparents.

Even if your family members don’t remember specific details and dates, any bit of information that they can provide can prove helpful in building your family tree back as far as you can.

I prefer to use Ancestry to build and manage my family trees, since it’s totally free to build a tree and I also use their DNA testing service and have found that there are additional features available attaching family trees to DNA results.  Also, there are millions of public member trees and documents available to help document my trees, though it is necessary to have a subscription to access this information.

If you think you want to try out the subscription, you can use the following link to get a two-week free trial (I’ll get a very small commission if you end up subscribing at the end of the trial, which helps me out – so thanks for using the link): Ancestry Free Trial

If you believe your Native American ancestor is from within the territorial boundaries of the continental United States or Canada:

Consider checking through the Dawes Rolls to look for your direct ancestors on the lines where you think you have your Native American heritage.  Sometimes, if you are able to document your lineage from an individual listed on the Dawes Rolls, you may be eligible to join your ancestor’s tribe (specifically the Cherokee, Chickasaw, Choctaw, Creek, and Seminole tribes)

There are more than 560 federally recognized Native American tribes in the US (plus more than 600 in Canada!), and depending on your unique ancestry, you might be able to determine which tribes your ancestors belonged to.

Some tribes are not recognized by the federal government of the US or Canada, but this doesn’t make them less Native American – so if you trace your roots back to a tribe that fits under this description, don’t worry.  You can still learn about your ancestor’s culture and language and understand your connection to them.

Please note that each tribe has specific requirements for citizenship, and I can’t answer questions about them.

If you have Native American ancestry from Latin America:

Since in most Latin American countries there was more “admixing” between indigenous and European/African newcomers, it can sometimes be harder to isolate the exact group of indigenous peoples your ancestor was descended from.

I have found that it is helpful to research the country where your ancestor lived and find out which groups and languages are commonly spoken, since this can provide clues to your ancestry.  Occasionally, you may find documents relating to your ancestors specifying this type of information.

If you have any questions, comments, or would just like to share your own experience finding Native American DNA in your results, I would love to hear from you below. 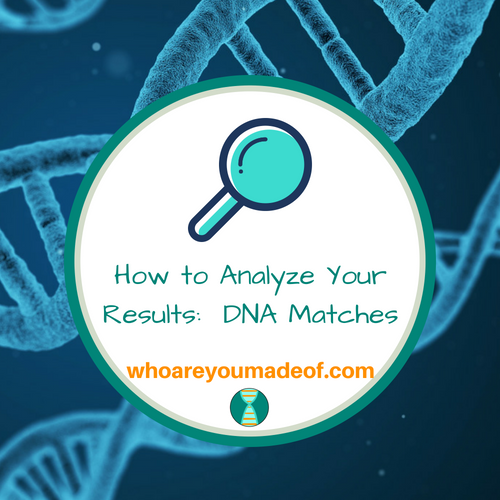 ← Previous
How to Analyze Your Results: DNA Matches 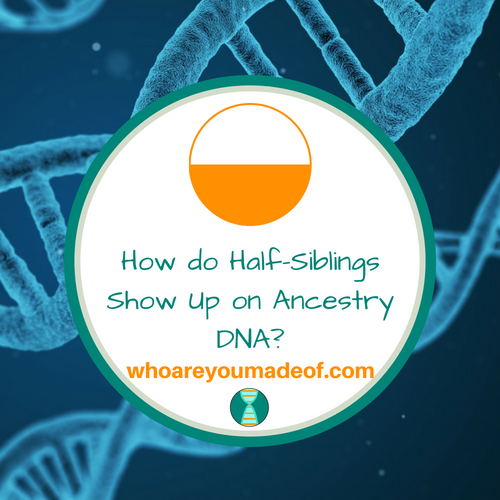 Next →
How do Half-Siblings Show Up on Ancestry DNA?
Click here to cancel reply.

If you have any idea as to why this was I would love to hear it. I can't afford a monthly subscription to Ancestry sadly.

Ancestry initially told my Daughter and I we had Native American ancestry. We also both have small amounts of Iberian Peninsula and various European but I was born in London. They then told us they were not so confident of the Native American bit when they updated their format, which we wondered whether was true, or down to peer pressure from racists. We were both delighted with our tiny bit of Native American ancestry - it is also believable given my family heritage. It could have been on the paternal or the Maternal side.

But a Quin-Harkin relative from whom I am estranged also had it (pretty sure it was a Paternal Uncle though he rudely did not reply when I asked) . I was also hopeful that given the low rate of MS in this community - it may have explained why I am the only one in my immediate family who has MS.