The moment that we have all been waiting for has finally arrived!  Ancestry DNA has officially rolled out the biggest update to its ethnicity estimates since the company began offering DNA testing.

In this post, I’ll share details about the update as well as discuss how the latest Ancestry DNA update can help us learn more about where our families came from.

Most of us were probably disappointed by at least one aspect of our initial ethnicity estimates that we got when we first opened up our DNA results.  For example, I was always irritated by the very general “Europe West” and “Scandinavia” or vague “Iberian Peninsula” ethnicity regions on my own results.

My daughter’s original Ancestry DNA results included 27% Native American, a region stretching from Alaska to South America.  Another family member’s East Asia wasn’t as detailed as he would have liked, since East Asia could include any number of countries from Russia to Indonesia.

So, it’s probably fair to say that expectations about this update were high, and not just for me and my family.  Buzz around these new changes had reached a fever pitch, but now that as of September 12, 2018, every Ancestry DNA customer has access to their newly updated results, it’s time to dig in and see what new information we can learn about our DNA.

Those of you who weren’t expecting an update might be wondering why an ethnicity estimate would change.  This is one reason why I really like the wording that Ancestry chose for this aspect of our DNA results.

The word “estimate” implies that it is only an estimate, and thus makes accepting a change a little more palatable.  As Ancestry DNA likes to say, our DNA doesn’t actually change.

What does change is the science and the technology used to analyze our DNA.

Why is the Ancestry DNA update an improvement over old ethnicity estimates?

Our ethnicity estimates are based on regional reference panels created using DNA samples from people who have verified family history in regions all over the world.

Prior to this latest update, the reference panels used were created using approximately 3,000 individual DNA samples belonging to people living in various parts of the world.  This new update was designed using DNA samples from more than 16,000 people.

This update should provide most of us with more accurate and detailed results because the reference population used to design the reference panels is more than 4 times bigger – a huge improvement.

Do you have to pay more money to get your new ethnicity estimate from Ancestry DNA?

No!  The new and improved ethnicity estimates are available to every single existing Ancestry DNA customer.  All you have to do is log in to your account and click on your DNA story to see your ethnicity estimate.

You’ll have to answer a few basic questions, just so Ancestry gets an idea of how your previous ethnicity estimate lived up to your expectations, and then you will be shown your new estimate.  You will then have the option to keep it, or revert back to the old one.

Many of us who are really into genetic genealogy might manage or have access to DNA results of family members and friends, since we are tasked with the research.

We won’t be able to see the new, updated results until the person who owns the results logs into their account and views the update and decides to keep it.

For example, my adult daughter has given me access to her DNA results, so I can see them from my account.  When this update came out, I was not able to see her updated results until she logged into her own account, saw the update, and kept it.

Before she took those steps, I still saw her results, but they were not updated.

I would recommend contacting the people whose tests you manage to let them know that they should take this step to make sure that you have access to the most updated information about their DNA.

Does this new Ancestry 2018 update mean that your previous results were wrong?

When I told my husband about the new update and how his results had changed, he was immediately skeptical.  “Does that mean that my old results were wrong?” he asked.

If you are wondering the same thing, I would say that the answer depends on your family’s unique history.

Ancestry DNA results are becoming more accurate for everyone, no matter which part of the world you are from.  With this said, it is still true that they appear to be more accurate for some than they are for others.

For most of us, I think that this new update is going to be an improvement.  Remember my family member who was disappointed in his super general Asia East DNA region on his old results?  His new match his known family history perfectly.

The East Asia has completely disappeared and it now shows a brand-new region:  The Philippines.

Of course, the Philippines are technically part of East Asia, from a geographic and cultural perspective.  His previous results were correct, but now they are more correct.

In my own results, I saw my “Scandinavia” disappear, replaced with the more detailed “Norway” and “Sweden”, both proud Scandinavian countries.  Some of my other regions actually became more larger, however.  My “Europe East” changed to “Eastern Europe and Russia”.

No matter what, I am excited about the update and the improvement in detail that it provides.  Our quest for knowledge about where our ancestors really came from is likely insatiable (at least mine is!), so I doubt that there is any level of information that Ancestry could provide that would leave me with no lingering questions.

For this reason, I am going to proclaim the update a success and a great improvement over previous ethnicity estimates.

To learn more, check out my “DNA Tools” page where I have compiled resources about how learn from your DNA results.

I hope that this post gave you renewed excitement about your DNA results and helped you understand the new Ancestry DNA 2018 updates.  I’ll be writing a lot more about this topic in the future, including about specific new regions included on this update, so make sure to check back.

If you have a specific question about the changes in your own update, I’d love to hear from you below. 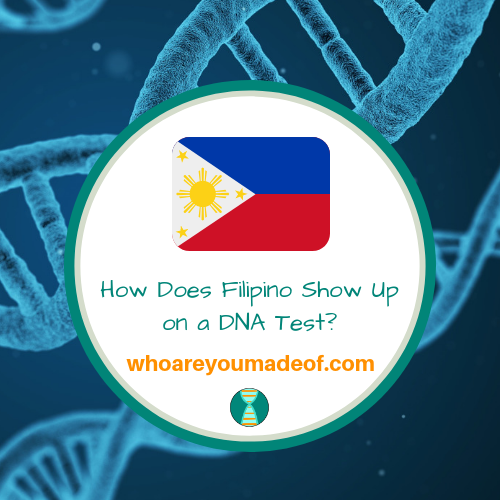 ← Previous
How Does Filipino Show Up on a DNA Test? 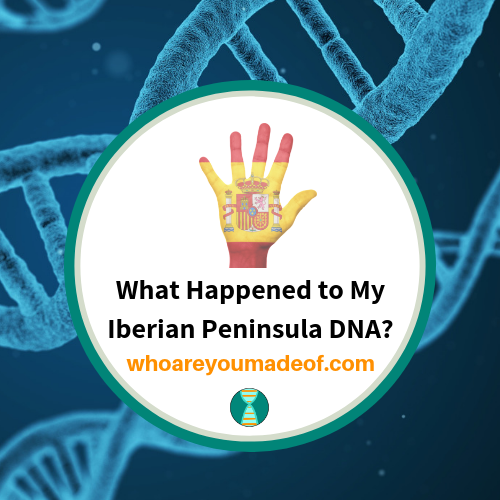 Next →
What Happened to My Iberian Peninsula DNA?
Click here to cancel reply.

I hope there's a new update soon thank you, blessings for all of you THANK YOU

Hi! My name is Sofia Ceniseros, I just check my DNA update, is great, but, now there are more countries to look, like Germanic Europe, Northern Africa, Middle East and Indiginous Americas - Andes